Left to right: Sienna, Julie and Josh Mausolf speak to a group of parents and children about their experience with adoption. Sienna officially joined the Spring Lake family during Tuesday’s Michigan Adoption Day ceremony in an Ottawa County courtroom in Grand Haven.

Sienna Mausolf plays with her dad’s beard while he tries to speak to a small group of people on Adoption Day during a ceremony in an Ottawa County courtroom.

Julie and Josh Mausolf added one more to their family this week. The Spring Lake couple adopted their fourth child, Sienna, who is the biological sister to their other three kids: Scarlet, Miller and Julian.

Tuesday was Michigan Adoption Day, and the Mausolfs joined three other families to have adopted that day in an Ottawa County courtroom in downtown Grand Haven.

The Mausolfs decided to be foster parents in 2013, and they got lucky and were able to adopt their oldest, Scarlet, within seven months of taking her into their home.

“We had been trying to have a baby for 10 years, and at that point, we were searching for any avenue we could gain a family,” Josh said. “We talked about adoption, just regular adoption and not foster care – that’s quite expensive. So, we’re like, ‘Let’s go this route.’ … The situation with our first placement was a baby. It was really quick, and then it just rolled with that.”

The Mausolfs say they believe they would have had to foster much longer than they had before they were able to adopt their kids. To the kids, the couple are the only parents they’ve ever known, as they were all taken in by the Mausolfs at their birth.

“The speed with which our first three adoptions happened was nearly unheard of,” Julie said. “We thought we would be in this for years, and the kids would all know what is going on, but they were 18 months apart.”

Fostering and adopting has its risks and its rewards, the Mausolfs say.

“But it’s worth the risk,” Josh said. “Plus, you are helping people out.”

“You go into it knowing you need to give your heart to that child, and you may get it broken,” Julie added. “The process is often scary, there are a lot of ups and downs and unexpected things you deal with in foster care. It is an emotional roller coaster for everyone involved.

“The idea here is, this is such a joyful day because the greatest joys are born out of tragedies,” the judge said. “This is a way you can look at the evil in the world, the mistakes people commit, the problems people have, and they can be resolved into something wonderful. That’s why we are here and that is why adoption is so important.”

When asked by Feyen why they adopted their fourth child, Josh Mausolf said, “I just think it is something we had to do more than wanted, I suppose. There was another opportunity to add to the family and keep the kids together. I just think it was a no-brainer.”

Joy Gaasch, president of the local Chamber of Commerce, places a sign along Sheldon Road on Monday.

Pastor Tim Taylor of Hope Church places a sign near the entrance to NOCH on Monday afternoon.

Dozens of signs were placed surrounding North Ottawa Community Hospital on Monday as a way to recognize the efforts of local health care workers.

“We put out one set of signs along Taylor, another on Wisconsin, and this group will go along Sheldon, so that nobody can get to work or leave work without seeing them this weekend, when I understand we’re going to be fully staffed and fully stressed,” McGinnis said.

“We have a full, full house,” she said. “I’ve been doing this for over 30 years, and I’ve never seen anything like this – the severity of illness. Now we’re seeing younger people, 36, 40 years old. It’s real.” 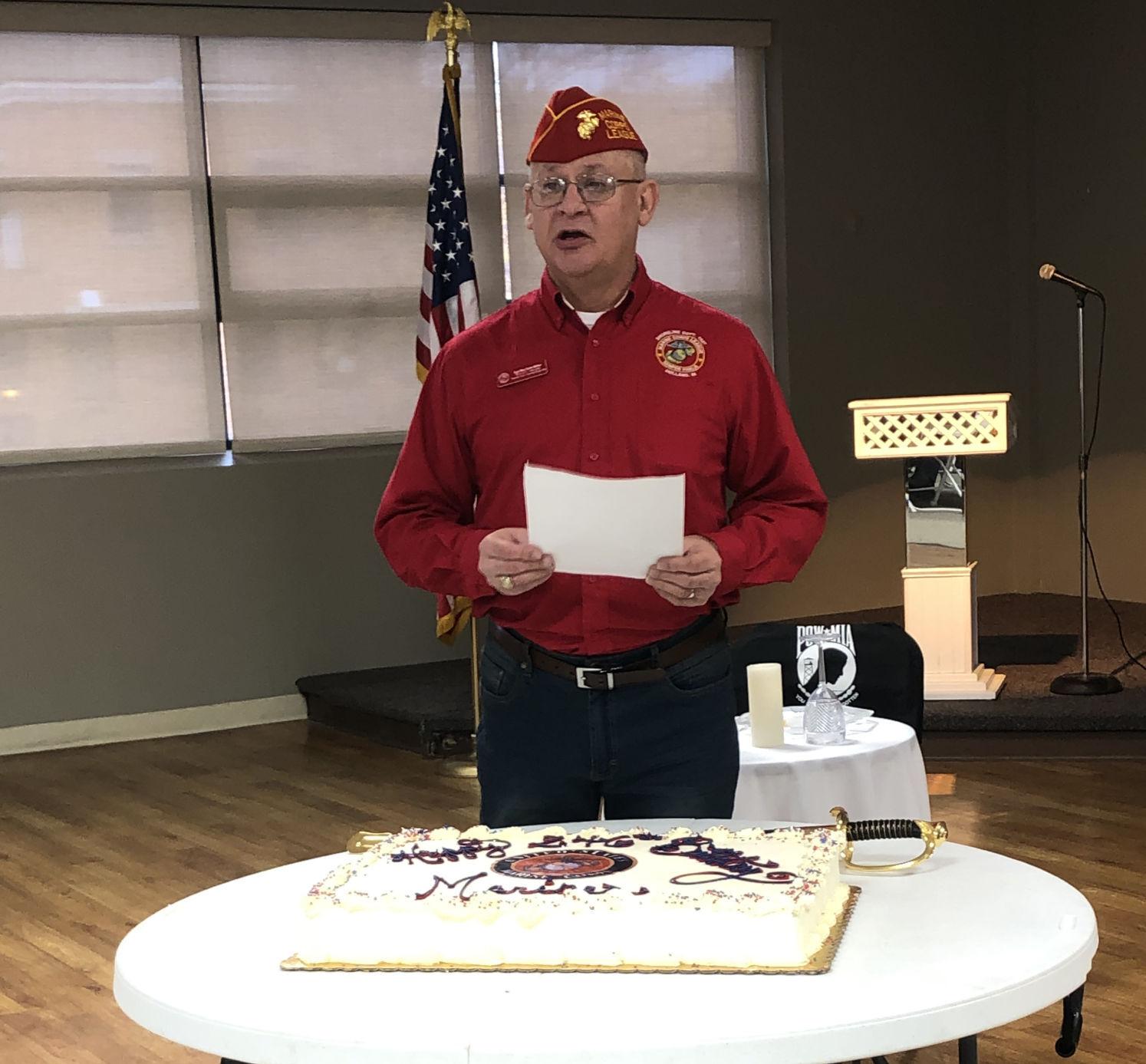 A single father with four kids.

A family of four. 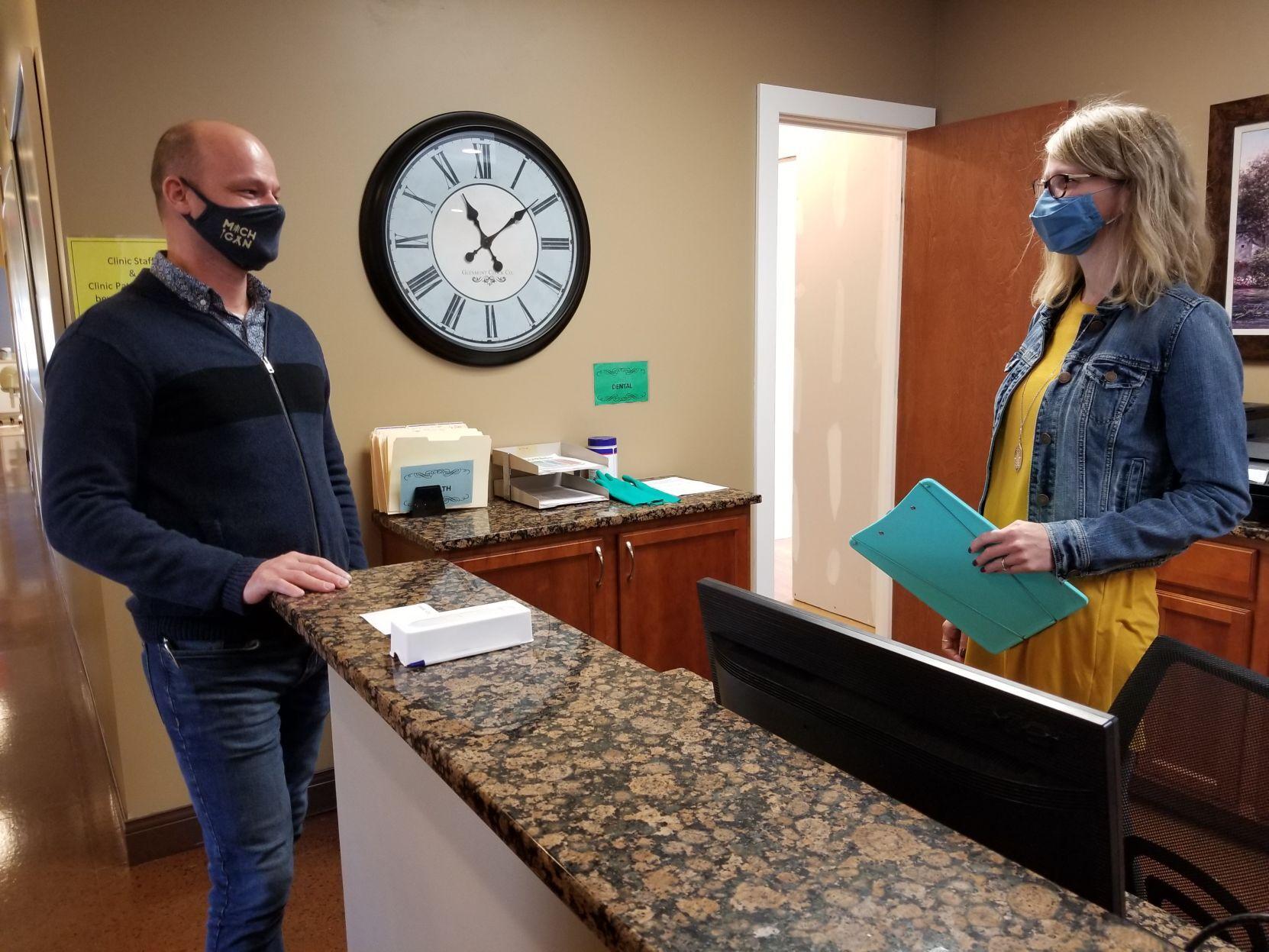 These people all have very different stories, but one glaring similarity – they all struggled with homelessness.

November is National Homelessness Awareness Month, and as the COVID-19 pandemic reaches its second year and housing costs across Ottawa County continue to climb, homelessness remains a very real problem for many people.

According to Lyn Raymond, director of the United Way’s Lakeshore Housing Alliance, 954 Ottawa County residents experienced some sort of homeless situation in 2020. Of those 184 were children, and 150 were over the age of 55.

Local agencies are doing their best to help those facing homelessness, but it’s an uphill battle.

“As wonderful a job as the agencies are doing across the county to meet the needs, it’s not enough,” Raymond said. “Our biggest need is housing. … We just can’t find that housing. So we’re trying to encourage landlords to participate in programs that exist and to accept tenants receiving subsidies.

“There are certainly some ongoing efforts with Housing Next, and the city of Grand Haven is doing some outstanding things to create housing opportunities,” she added. “… Those are all pieces of the puzzle, and hopefully over time, can help solve the problem. But it doesn’t help folks looking for housing today.”

It should be noted that Raymond follows the U.S. Department of Housing and Urban Development’s definition of homeless, which covers any people who are living unsheltered, in an emergency shelter, or in a time-limited transitional housing program.

“We’ve had to turn people away because we don’t have anything available,” case manager Rebecca Lippard said. “We’re not an emergency shelter. For that you have to go to the Holland or Muskegon rescue mission or Family Promise (also in Muskegon). Those are the only places to go if you need a bed tonight.”

“The goal of emergency housing, before COVID, it was a 90-day limit,” Lippard said. “Transitional is up to two years, but the average was about 15 months. With emergency, the focus is solely on housing. The goal is to get them stabilized and find them, hopefully, permanent housing, or at least a positive housing destination – meaning they can move in with a brother, a sister, grandma or grandpa.”

Those in transitional housing have more time, so The Salvation Army works with them to clean up their credit score, teach how to budget and establish a long-term savings plan.

It doesn’t take much for a family to go from living paycheck-to-paycheck to being evicted.

“Typically it’s a job loss due to something like their car breaking down so they can’t get to work, or they lost their child care and they can’t go to work,” Lippard said. “It only takes one missed paycheck to start the spiral down to job loss, eviction and homelessness.”

Lippard said the biggest challenge currently is finding affordable spots for people to go after leaving The Salvation Army’s housing.

“Finding landlords – we get told ‘no’ a lot,” she said. “People don’t want to have anything to do with Section 8 (a government-subsidized housing voucher program) because of the stigma.”

Fortunately, there are some success stories.

“We took in one family a little over two years ago – they went into emergency housing,” Lippard said. “The family was literally sleeping in a car. We were able to put them into a transitional housing, and last week they closed on a house. While they were with us, they saved up a down payment. We weren’t finding any landlords to help them, so they’re moving into their own home.

“It only happened because we were able to give them time and resources to accomplish that,” she added. “Otherwise they’d be living in their car again.”

The People Center in Spring Lake also has transitional housing, and like The Salvation Army, those units are all full.

“Right now, I’m getting phone calls on a regular basis of people requesting housing,” said the center’s executive director, Karen Reenders. “We only have six apartments and they’re full. I’m unable to help as many people as are calling. I can’t meet all their needs.”

The People Center requires their clients to be working in order to participate in their housing plan.

“Some of them aren’t, or can’t, work,” Reenders said. “But where I’m struggling the most is where to move them once they’ve been here. It’s supposed to be a six-month program. I’ve been here 23 years and this is the hardest it’s ever been to move families. There’s not a place for them to go. Affordable housing is just a huge issue.

Love in Action gets proactive

Unlike other area agencies that help those seeking shelter, Love in Action features group living options.

Hope House is available for women and children, and Harbor Hall is a place specifically for men – each can house approximately 15 people at a time.

Additionally, Providence Place is a low-cost option for those who can’t afford a $1,000-a-month rent payment. That facility has eight units, with cost starting out at $135 per month.

“That’s a good tier,” said Love in Action Executive Director Josh Bytwerk. “But there needs to be multiple tiers.”

“Moms with kids have found other ways to stay out of the cold rather than living in community living,” he said.

In response, Love in Action started a Housing Ministry Collaborative, working with several area churches to provide rental and utilities assistance to those in need.

“Over the last 12 months, we’ve helped 91 families to stay in their homes,” Bytwerk said. “It’s a preventative program. We have nine churches involved right now. If someone comes in with $2,000 in need, we have case managers that meet with them, determine need, determine sustainability, then we send out an email asking the churches what they can give. … We’ve never turned anyone away for a lack of money.

“It’s an absolutely beautiful program,” he said. “We want to help people stay in their homes.”

If you’re in need of housing assistance or other health and human services needs, a good place to start is by calling 211.

“That saves people a lot of time,” said Liz DeLaLuz, the local United Way’s vice president of community impact. “They ask a lot of open-ended questions: Do you have help for this? Do you need help for that? … They help you prioritize where you can get help and where you can stretch your dollar the most.”

Click and hold your mouse button on the page to select the area you wish to save or print. You can click and drag the clipping box to move it or click and drag in the bottom right corner to resize it. When you're happy with your selection, click the checkmark icon next to the clipping area to continue.