If you need to purchase a subscription.
You have permission to edit this page.
Edit 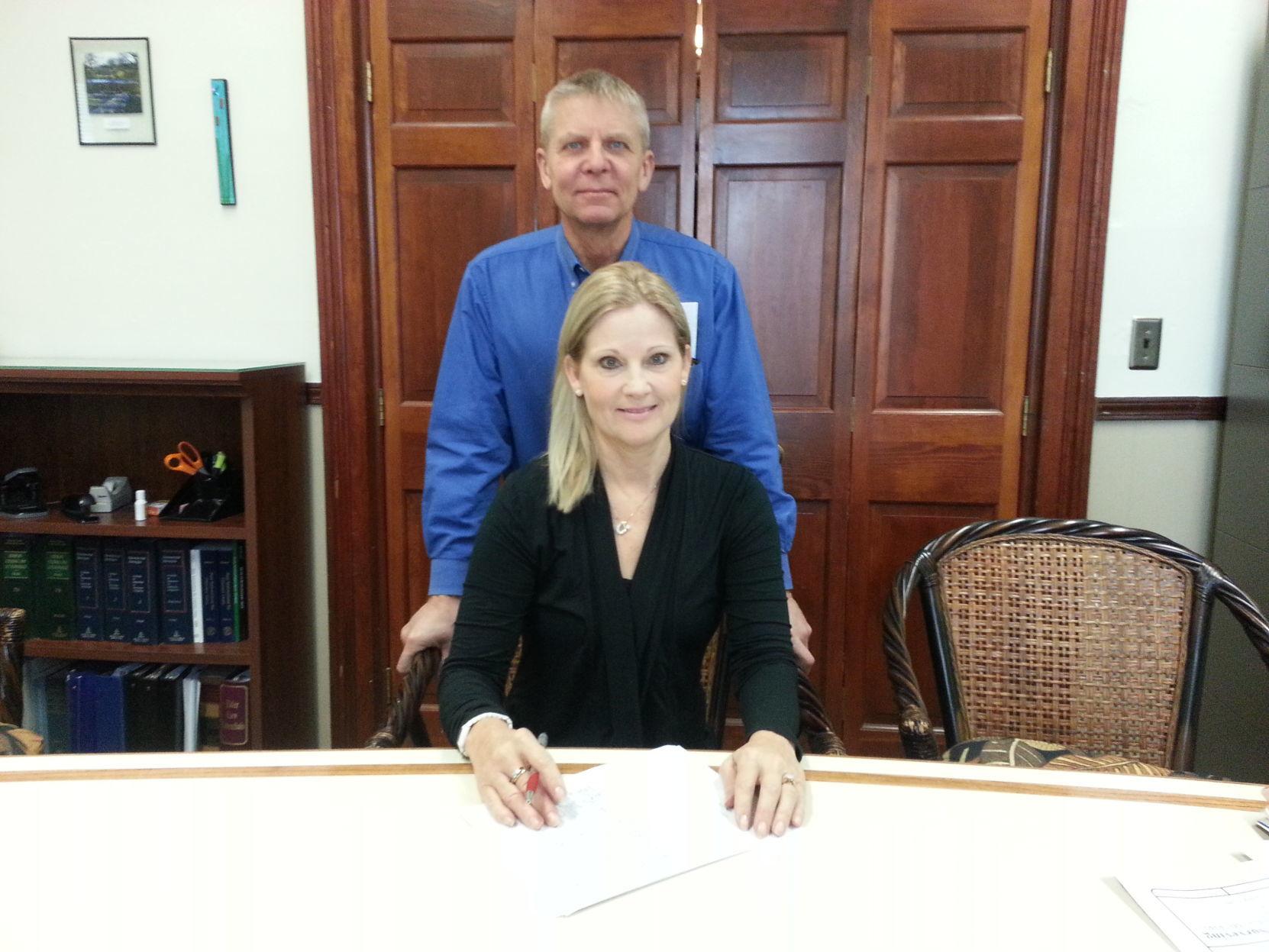 The Michigan Supreme Court earlier this month upheld a state Court of Appeals decision on the township’s limitations on short-term rentals. The order in Reaume v. Township of Spring Lake ruled the rental use was excluded because it fit within the township’s Zoning Ordinance definition of “motel.”

Randy and Susan Reaume rented out the 5,300-square-foot house at 18190 Lovell Road in 2015 and 2016, before the township approved a new ordinance banning short-term rentals in the R-1 (residential) zoning district.

Despite striking out thus far in court decisions, Reaume said the battle is not finished.

“Even though the Supreme Court ruled that the appeals court erred in its reasoning, its egregious interpretation of the (Spring Lake Township) ordinance reveals that the Supreme Court does not want to be the institution to decide short-term rentals in Michigan,” Reaume said in a statement. “The Legislature will now take up the reins. Short-term rentals equals money for Michigan. Money always wins. It’s not over.”

In February 2017, after months of community discussion, a new township ordinance took effect that bans short-term rentals of more than 14 days per year in the township’s R-1 and R-2 zoning districts. Short-term rentals are allowed in the R-3 and R-4 districts with a township-issued license.

In March 2017, the Reaumes applied for a short-term rental license. Township staff denied the application because the Reaumes’ rental home is in an R-1 district, according to Township Manager Gordon Gallagher.

The Reaumes appealed to the Township Board in April of that year, but the board voted 7-0 to direct township attorney Ron Bultje to draft a written response to the Reaumes’ appeal, denying it. The board approved the denial and the Reaumes filed a lawsuit.

At that time, Bultje told the Township Board that he believed the township was on firm legal footing. He said that several courts have ruled that short-term rentals are commercial ventures. He also said the claim of a “taking” is not a valid argument.

Gallagher said the reasons for denial include: The ordinance was properly adopted and is supported by the township’s Zoning Ordinance; short-term rentals have never been allowed by the Zoning Ordinance, so any “grandfathered” argument is going to fail; and the ordinances are enforceable.

The board discussed the short-term rental ordinance for many months and solicited community input.

The Michigan Court of Appeals ruled that the Reaumes’ use of the property for short-term rentals was never permitted under R-1 zoning.

A statue in Allendale’s Garden of Honor commemorating the Civil War depicts a slave child kneeling between a Union and Confederate soldier.

The first public speaker of the evening referred to those who wanted to take down a Civil War memorial statue in Allendale as “chickens” and “cowards.”

“I want to know who these cowards are that want to come into our community and take our statue down,” said Steve Buzun. “The statue is supposed to represent all veterans.”

The statue Buzun refers to is a Civil War memorial statue placed in Allendale Township’s Garden of Honor near the township offices. The statue features Union and Confederate soldiers standing back to back, with a slave child kneeling in between and holding a tablet that reads “freedom to slaves.”

Some groups have argued that the Confederate soldier and the slave child depictions are offensive.

During the Township Board meeting on Monday, 40 community members stood up to speak. The vast majority were in favor of keeping the statue in place, as-is, and seven called for the statue’s removal.

Ultimately, the Board of Trustees did not take any action on the matter Monday, instead setting a meeting for June 30 to vote on keeping the statue. Township Supervisor Adam Elenbaas said a committee could also be formed in the future to evaluate the township’s diversity and inclusion efforts.

The meeting spanned more than four hours, with the first two-and-a-half hours devoted to public comment. Speakers were often interrupted by members of the audience, with Elenbaas having to play mediator to keep things moving.

Allendale resident Kim Kanata was one of the speakers calling for the statue’s removal. She said the statue, and the symbols on it, could hinder the township’s future growth.

“In order to continue growing, we must not just tell people we are a great community, we must show them as well,” Kanata said. She said the statue’s place in a garden of “honor” was inappropriate.

But Kanata and other detractors of the statue were met mostly with opposition. The statue’s defenders argued that the board would be setting a poor precedent by removing it.

“What else are we going to tear down because somebody from out of town doesn’t like it?” asked Cheryl Kooistra of Allendale. “We need to stop being so doggone sensitive about everything. If you don’t like the statue, don’t go and look at it.”

“We need to start standing up for our country,” said Allendale resident Mark Spurlich. “Go live in red China or North Korea, and I highly doubt you’re going to be complaining about something as petty as this.”

The original complaint of the statue was made by the Michigan Association of Civil Rights Activists. MACRA spokesperson Mitch Kahle was in attendance and spoke during the meeting.

“You don’t have to be from Allendale to be offended by a symbol of slavery,” Kahle said. “Confederate statues are being removed literally all over this country. ... The board has an opportunity to make a moral decision.”

Kahle and MACRA have been involved with petitioning to remove several pieces of iconography in West Michigan, with mixed success.

In late 2014, the group threatened to sue the Ottawa County Board of Commissioners if a religious sign was not removed from Hager Park in Georgetown Township. The sign was removed, but then reinstalled in 2015.

Kahle also attempted to have a highly prominent cross on Grand Haven-owned property removed in 2015. He was unsuccessful; however, the cross was removed after another group sued and the case went all the way to the U.S. Supreme Court.

The group also routinely files complaints over actions they feel violate the separation of church and state, including calling for the resignation of an Ionia County schools superintendent in 2018 after he wrote about abortion and religion in the Ionia Sentinel-Standard and filing a complaint against Muskegon Community College the same year over a prayer that was said at a graduation ceremony.

While the Allendale Township Board did not take any official action on the statue Monday, each trustee said they did not support taking the statue down.

However, during the meeting’s second public comment portion, some of the statue’s proponents criticized the board for not taking a firm stance supporting the statue.

“We are very much in a listening mode,” Elenbaas said. “We’re talking about a divisive issue.”

Elenbaas said he had received “hundreds” of messages on the statue prior to the meeting.

In addition to exploring a potential committee, some board members said they would support the inclusion of a plaque in the Garden of Honor explaining the events of the Civil War. Furthermore, Elenbaas said the board would explore efforts to prevent vandalism to the statue, such as cameras, in the near future.

Ultimately, it appeared none of the speakers on either side had their opinions swayed by the other.

“This is not a racist statue, this is not a bigoted statue, this is a reminder,” said Allendale resident Jed Lampen, who referred to the slave child as a “negro boy,” but said it was not offensive. “We’re engaged in a civil war right now, between the slave master who wants to control your mind and your thought.”

Of the 40 speakers, none were Black.

Road projects are on the horizon in Grand Haven Township.

In a recent weekly report by Township Manager Bill Cargo, three road projects are listed to happen between this fiscal year and next.

“Also, recall that 160th Avenue between Ferris Street and Lincoln Street is scheduled to be paved with both pathway and water main installed,” he said.

Looking into next year, Cargo said the Ottawa County Road Commission released its five-year Strategic Plan. The Road Commission projects within the township, scheduled for the 2021 fiscal year, include Mercury Drive, from Comstock Street to the city limits, and Lakeshore Drive, from Fillmore Street to Buchanan Street.

The Mercury Drive project is slated to cost $725,000, while Lakeshore Drive comes with a $1.15 million price tag. 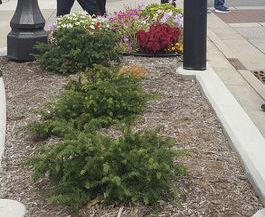 The city recently received a $7,000 grant to pay for flowers in its downtown and Centertown districts.

A grant was approved during a recent City Council meeting for flowers to be planted throughout Grand Haven’s downtown.

“The Mixer Grant assures us that we will have a robust and beautiful flowerscape in the downtown each summer,” said City Manager Pat McGinnis. “The Grand Haven Area Community Foundation continues to match community need with donor intent, and we all reap the benefits of a more attractive community.”

McGinnis said the city applied for the grant in February and was awarded the $7,000 amount in April.

The flowers came from The City Farmer, and were received by the end of May.

McGinnis said the annual flower project comes from the collaboration of the city, the community foundation and the Main Street Downtown Development Authority (MSDDA).

“The flowers bring a sense of place-making, and many community members feel brings a feeling of beauty and welcomes each and every visitor to our Main Street, as the flowers run through downtown and Centertown districts,” MSDDA Executive Director Jeremy Swiftney said. “We also partner with neighbor and community businesses and groups to care for these flowers, keeping them beautiful all season.”