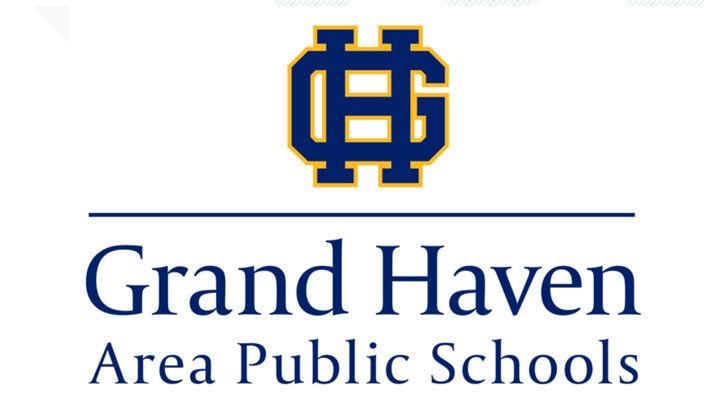 The Grand Haven Board of Education approved the motion 6-0 at a special meeting Thursday night.

The motion was presented by board member Seth Holt and supported by Nichol Stack, Christine Baker, Barbara Pietrangelo and Carl Treutler.

As Grand Haven students finish their first week of remote learning Friday, COVID-19 cases continue to surge not only in Ottawa County but across the state.

This change does not affect the district’s kindergarten through eighth-grade students, who will continue in-person learning.

The board also unanimously approved an emergency powers resolution, which continues to give Superintendent Andy Ingall the authority to make emergency decisions for the district.

The public comment section was diversified by a plethora of comments from parents of all age groups. One of those was from Keith Brodie, who has two daughters at Grand Haven High School.

“I strongly oppose virtual learning,” Brodie said. “The decision to make it a high priority for the health of our students is not accurate when we don’t have any outbreaks. For months our kids have taken precautions, but there is no evidence of an imminent outbreak.”

As a majority of high-risk members of Ottawa County are now vaccinated, Diana Frendt says it’s more about the concern of the dangers children face with isolation, suicide and depression.

“Just because they are by themselves doesn’t mean they should be,” Frendt said. “They should be learning at school. It’s a critical age for in-person interactions.”

Despite the concern of the mental health of students, it is safety that has remained the highest priority of the board, school officials say. Board President John Siemion said he stands by the decision of Ingall to go remote.

“We need to keep Andy with that authority to make snap decisions for each school building,” Siemion said.

Stack said she is thankful that it’s been just grades 9-12 that have gone to remote learning. With a teenager in her house, she said they mingle a little differently than younger students do.

“Watching all the social media over spring break, I saw a lot of people exposing themselves,” Stack said. “They have every right to do so, but I’m just so thankful for Andy and the decision he’s made.”

Despite online rumors of districtwide remote learning swirling before the meeting, Siemion clarified that there was no such talk.

Ingall did mention that, moving forward, a new tracking system will be implemented starting Friday to keep better measures of students with COVID-19 and who are in quarantine. The dashboard will be updated Monday through Friday at 9 a.m.

LANSING — The Michigan health department on Friday extended by five weeks a pandemic order that limits business capacity and requires masks in public, even for young children in day care, as the state battles the country’s highest daily coronavirus infection rate. 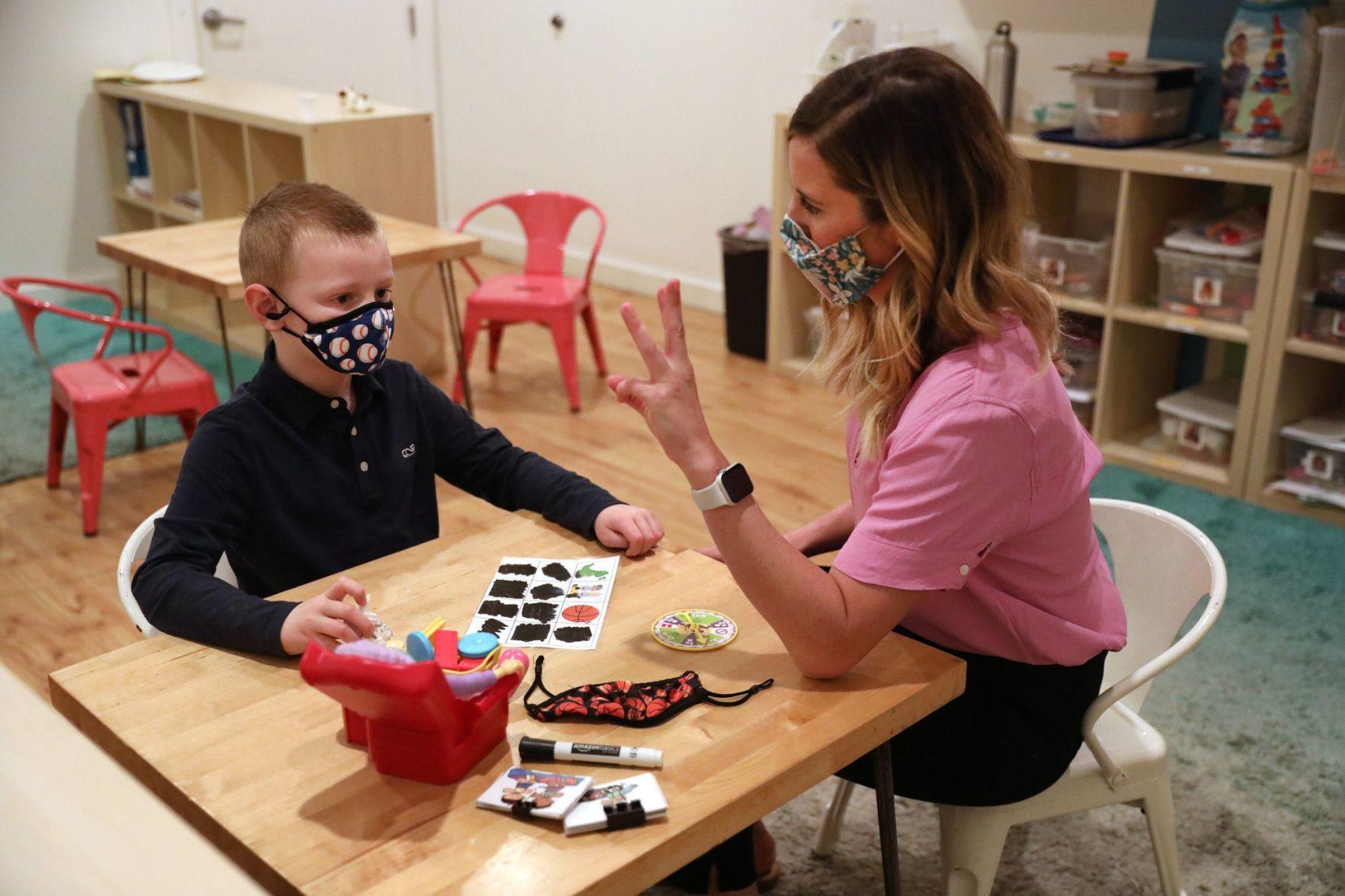 The measure, which was expected and replaces one that had been due to expire Monday, says that in addition to existing measures, child care facilities and camps must make a “good faith effort” to ensure children ages 2-4 wear face coverings starting April 26. That age group was previously exempt.

The revision aligns with recommendations from the Centers for Disease Control and Prevention and the American Academy of Pediatrics, the state health department said.

Gov. Gretchen Whitmer has resisted tightening restrictions that were in place during two previous COVID-19 surges, including prohibitions on indoor restaurant dining, in-person high school instruction and youth sports. She instead is urging a voluntary pause on the activities and pushing vaccinations and treatments.

The order, which goes through May 24 and was signed by Department of Health and Human Services Director Elizabeth Hertel, also keeps intact mandatory regular testing of teen athletes.

The order was first issued in the fall following the state Supreme Court’s invalidation of an emergency-powers law the governor had used to write orders.

Dr. Joneigh Khaldun, the state’s chief medical executive and chief deputy director for health, described progress in vaccinations but said she was “incredibly concerned about our state’s COVID-19 data. We are still very much fighting this pandemic and seeing concerning trends in new cases and hospitalizations.”

The state’s daily case rate has led the U.S. for weeks. The number of hospitalized adults with confirmed infections hit a record this week.

At the end of March, Michigan was among four states where a more transmissible variant, first identified in Britain, accounted for more than half of cases, according to the CDC.

The state’s seven-day average positivity rate, 17.1 percent, dipped in recent days but remained above a December peak of 14.4 percent. The seven-day case rate, 614 per million people, was below the November high of 738. About 19 percent of hospital beds were filled with COVID-19 patients compared to nearly 20 percent in December.

Michigan had nearly 9,000 new confirmed cases of the virus and 40 deaths related to COVID-19 on Friday, the state health department reported. The state’s pandemic total number of confirmed cases is now 779,777, with 16,771 deaths.

“We are begging for everyone in the community to do their part,” Kalamazoo nurse Jaime Brown, president of the Michigan Nurses Association, said in a statement. “Stay home. Wear a mask. Get a vaccine when you are able. We are barely able to keep our heads above water. We are in crisis. We need our communities’ help.”

At least 43 percent of residents ages 16 and older have gotten at least one dose of the COVID-19 vaccine, including 29 percent who are fully vaccinated.

The restaurant and hospitality industry supported the extended order, which continues to cap food establishments’ occupancy at 50 percent and no more than 100 customers. It “very importantly opts not to close them a third time as has been suggested by some,” said Justin Winslow, president and CEO of the Michigan Restaurant & Lodging Association.

The City Council this week approved a pedicab business to operate in downtown Grand Haven this summer.

Visitors to downtown Grand Haven will be greeted by some alternate forms of transportation this summer.

At Monday’s meeting, the City Council approved Shoreline Rides, a new pedicab business, to be operated by Dylan Hegedus. He plans to operate the pedicab – a tricycle with a seat for two passengers on the back – in the “downtown area,” primarily up and down Harbor Drive from Washington Avenue to Grand Haven State Park.

There is some concern that the pedicab would cause traffic back-ups along Harbor Drive, as the stretch in question is primarily a no-passing zone.

“There is some concern having a pedal bicycle may make other motorists behind him a little impatient and take unnecessary risks,” Boyle said. “The safety of all people, including the pedicab perforator and the passengers, is the top priority.”

It was agreed that the public safety department would oversee and approve a designated route along which the pedicab would be allowed to travel.

Hegedus said he’s never operated a pedicab before, but does have experience driving a public school van and a fire engine.

After a brief discussion, the council unanimously approved the new business.

Also approved by the City Council on Monday was the location of new docking and charging stations for Wave Co., a local business that provides electric scooters for rental in downtown Grand Haven.

Business owner Collin Reenders has acquired new docking stations, which will be used as home bases for his 32 Segway Max scooters. Those docking stations will be placed in front of the Depot near the Lynne Sherwood Waterfront Stadium, the Farmer’s Market, Chinook Pier, at Grand Haven City Beach, near Snug Harbor, and at the new Riverwatch location near the end of Franklin Avenue.

Reenders noted that the electric scooters – considered a skateboard for legal purposes – are geofenced, which means they will not operate if driven onto the boardwalk, where skateboards are not allowed. If someone were to ride one of the scooters out of the approved usage area, they would receive a message, then the scooter would lose power.

Council members requested that better signage be placed at docking sites to let people know the safety concerns and the rules; for example, riders under age 19 are required to wear a helmet.

Reenders added that those who purchase time on a scooter using their smartphone are shown a list of rules prior to being able to rent the scooter.