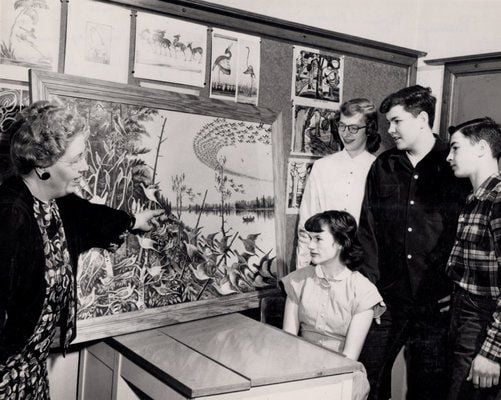 (TCHM photo) Cora Edge, who was an art teacher at Grand Haven High School, is showing Lewis Cross’ “Passenger Pigeons” painting to her students in this undated photo. 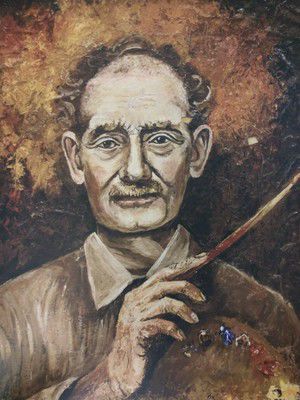 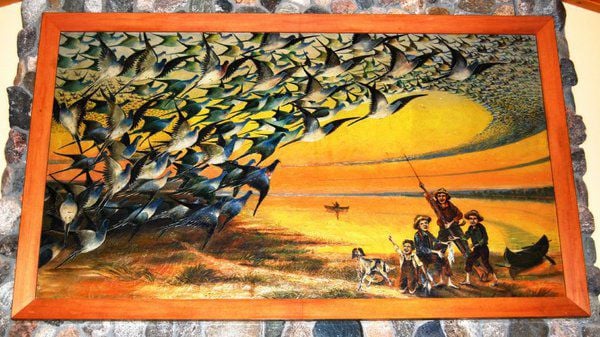 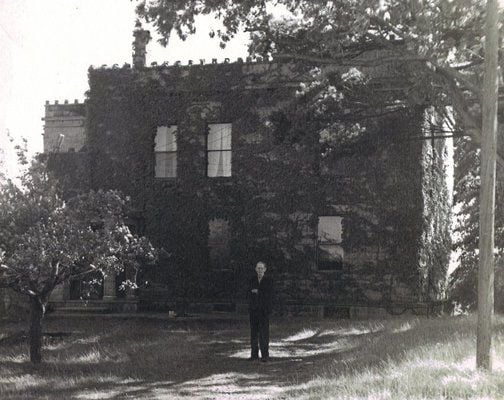 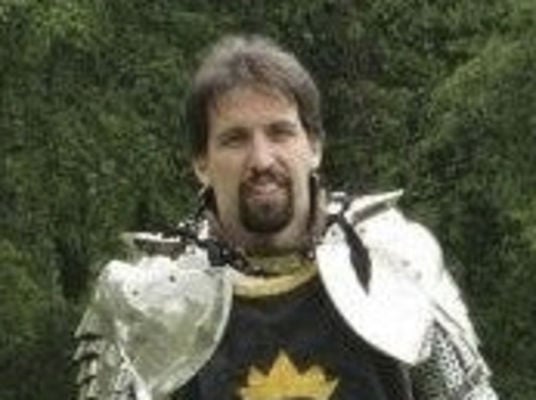 (TCHM photo) Cora Edge, who was an art teacher at Grand Haven High School, is showing Lewis Cross’ “Passenger Pigeons” painting to her students in this undated photo.

Local artist Lewis Cross was born in Davison, Michigan, in 1864 and moved to Spring Lake in the early 1880s. His love of the outdoors began early in life with much of his time spent outdoors.

When he was 25, Lewis would embark on an adventure with his brother, George. The Cross brothers decided they would take an 18-foot sailboat on a grand voyage. They sailed along the coast of Lake Michigan down to Chicago, where they followed the canal system into the Illinois River. They made their way to the Mississippi River, following it all the way to the Gulf of Mexico. There, the brothers followed the southern coast east, where their trip ended in Florida and eventually made their way back to Michigan.

George kept a journal of the adventure, a copy of which is in the Tri-Cities Historical Museum archives.

Lewis studied drawing and painting at Northern Indiana Normal, which later became Valparaiso University. He would later go on to design and build his own home in Spring Lake right off Deremo Bayou. He made all of the concrete blocks of the three-story home on his own and began construction in 1910. It would take him four years to complete the project, which was later dubbed “the Castle.”

The home had evenly spaced blocks every couple of feet along the edge of the roof that looked like the crenulations of a medieval castle. Many of the blocks were hollowed out to allow birds to build nests in them. The home was covered in ivy and surrounded by trees, giving it a very natural look.

Lewis was an avid outdoorsman and did some work in taxidermy. He worked his cherry tree farm, managing over 350 trees most days, but his true passion was painting. When he wasn’t farming, he was creating one of his more than 500 paintings and murals.

Lewis enjoyed the outdoors, painting people working and playing along the Grand River. He would create scenes depicting the natural waterway and the animals that inhabited it. His artwork consisted of earth-tone hues. He would not focus on the individuals in the portrait but on the landscape and the creatures within. He would paint on canvases of varying size, some of which were as large as 6-by-11 feet.

Lewis would paint scenes as a way of preserving history, often attempting to capture scenes of disappearing wildlife or the changing culture along the river. His goal was to capture natural scenes so no one would forget the creatures or past ways of life in them. Some of his more famous works include a painting of now-extinct passenger pigeons filling the sky and of the log jam on the Grand River in 1883. Many of his paintings have been used by educational and historical institutions as teaching aids and to help reinforce natural resource conservation efforts.

The Tri-Cities Historical Museum possesses several of Lewis Cross’ paintings, which have gone on display in the past. While each painting is unique in its style and presentation, there is one painting that is special within the collection. The museum’s collection contains Lewis Cross’ self-portrait, the only one of its kind. As with most artifacts, the painting has slowly deteriorated over time. Artifacts such as this are very delicate and often difficult to stabilize, as they often were not created with the idea of preserving them for decades or centuries.

The curators of the museum believe this piece is an important part of the heritage of the Tri-Cities and needs to be preserved. The museum has contracted with a professional conservation and preservation firm to repair and stabilize the piece.

While the museum has flagged a portion of its collections budget for situations such as this, often these services can be expensive and time consuming. If you are interested in learning more about the conservation of this unique piece of Tri-Cities history, or would like to contribute to the restoration project, please contact the museum at 616-842-0700.

About the writer: Jared Yax is the collections curator and off-site facilities manager for the Tri-Cities Historical Museum.