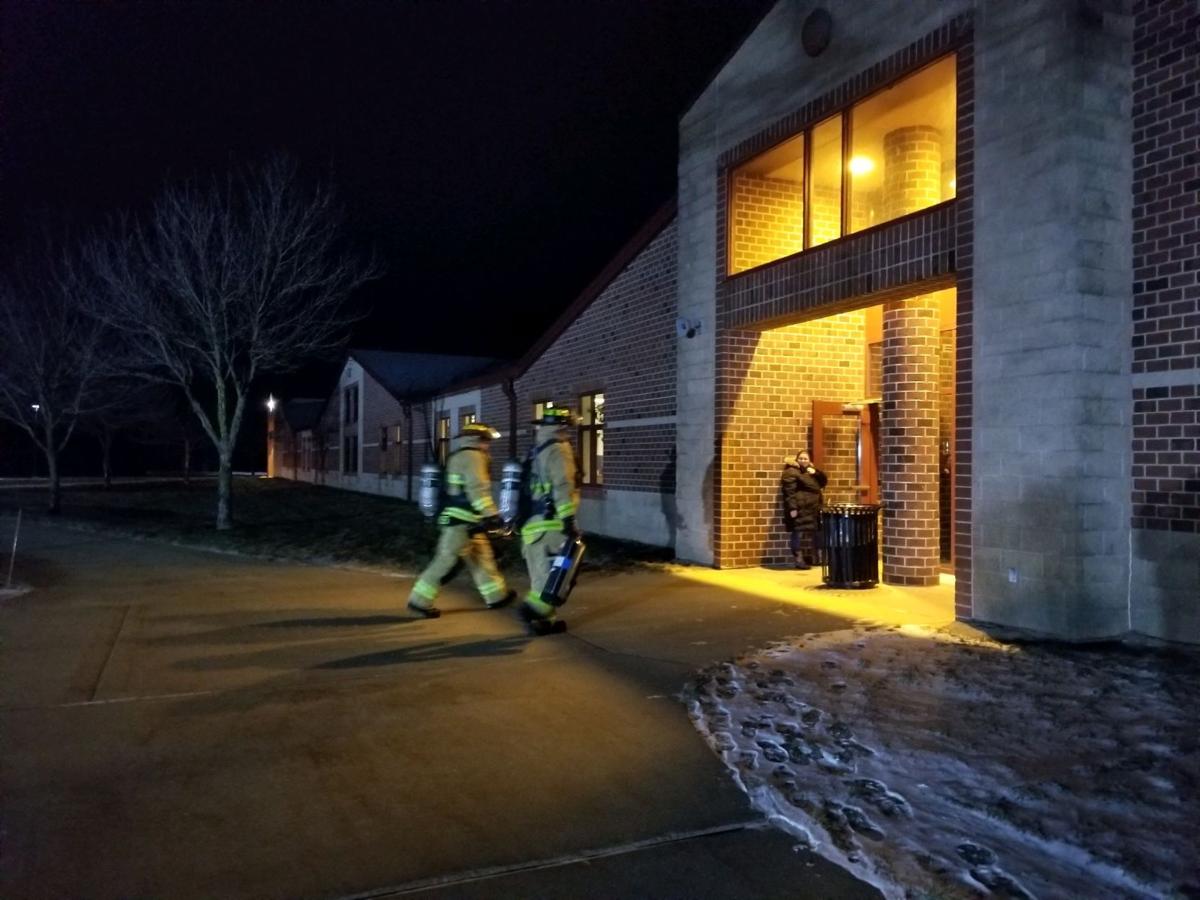 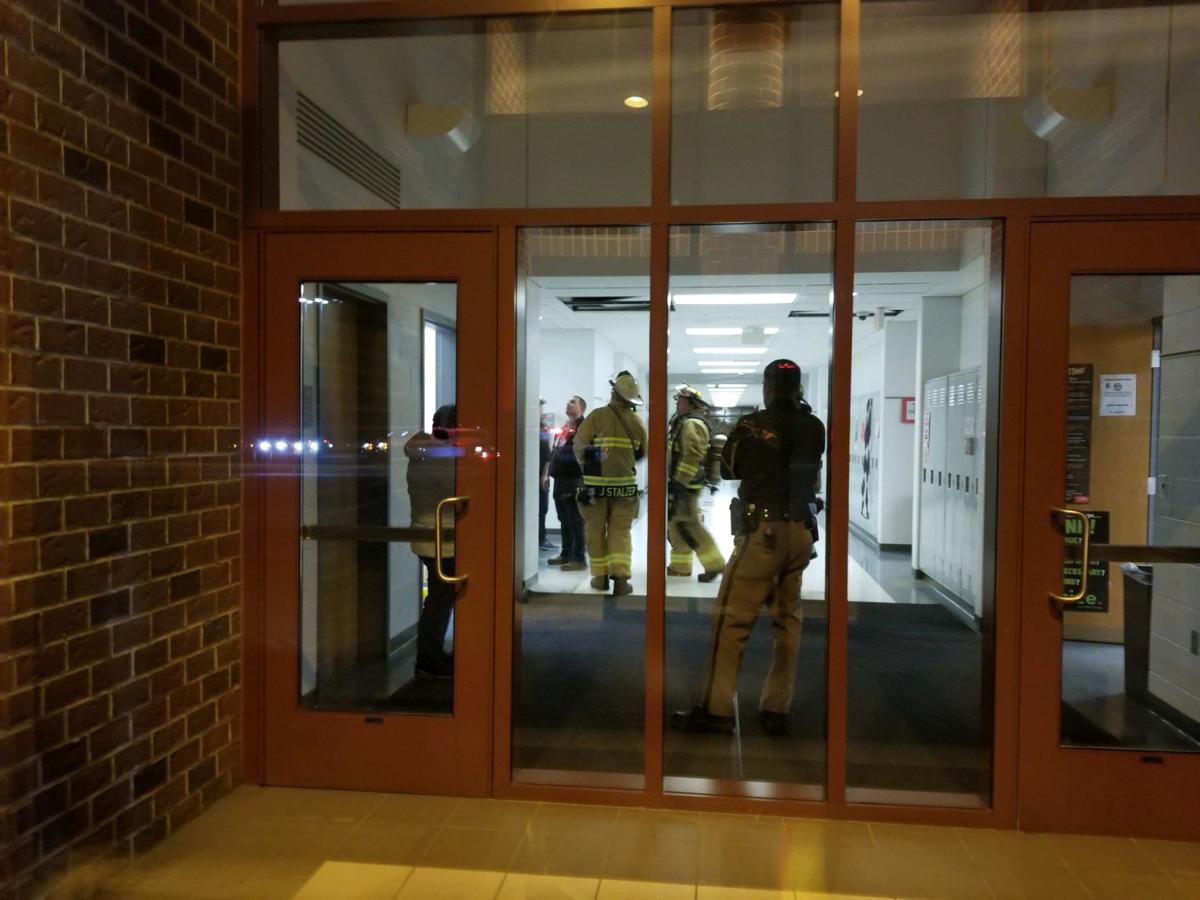 SPRING LAKE TWP. — Spring Lake High School was evacuated Friday evening when a fire was reported in a hallway on the east side of the building.

A school employee who is also a firefighter told the Tribune that there was a bad smell and he eventually saw flames in the ceiling on the east side of the school near the bus loop, shortly after 7 p.m.

An extinguisher was used to put out the fire. Firefighters also used a thermal-imaging camera to confirm that the fire was out.

Josh VanOpynen credited the cleaning crew for notifying him about a bad smell in the area.

"It could have been really a lot worse," he said.

The maintenance worker, who is also a Ferrysburg firefighter, said he was checking out the classrooms in the area when he heard a popping sound. He went in the hallway and saw flames.

That's when he called 911 and told his wife, Lauren, to pull the fire alarm. As Josh grabbed a fire extinguisher, Lauren and members of the cleaning crew went back into the cafeteria area and informed people that it was the real thing and not a drill, Lauren said.

VanOpynen said the flames in the area were more than a foot high, but he was able to quickly put them out with a fire extinguisher.

He and another firefighter then located the breaker and were able to isolate the circuit.

An electrician was on the way to determine the cause and make sure everything was safe, VanOpynen said.

Firefighters were slowed down, then cleared as soon as it was determined that the fire was extinguished.

Are you happy, sad or fearful that the Grand Haven Board of Light & Power shut down its coal-fired power plant last week?