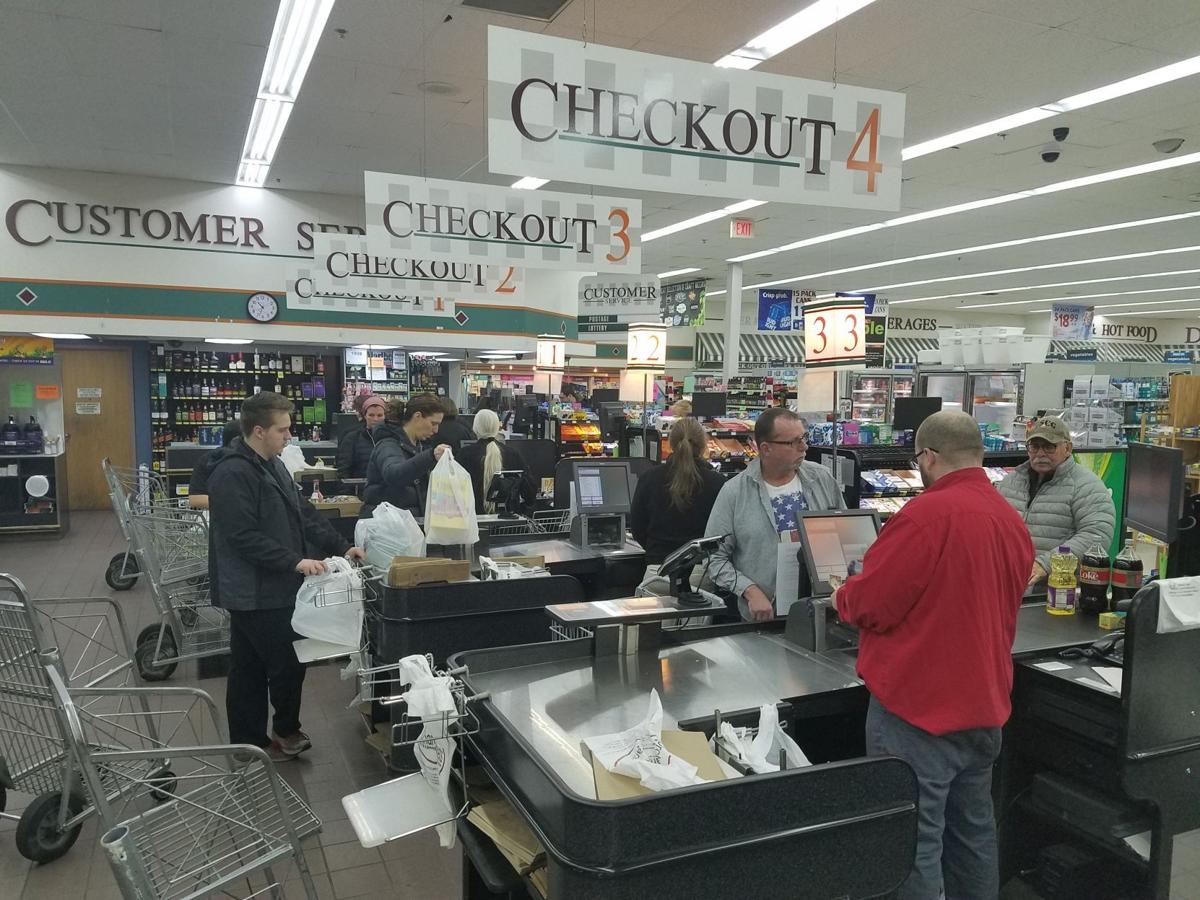 Shoppers stock up at the Spring Lake Orchard Market in March 2020. 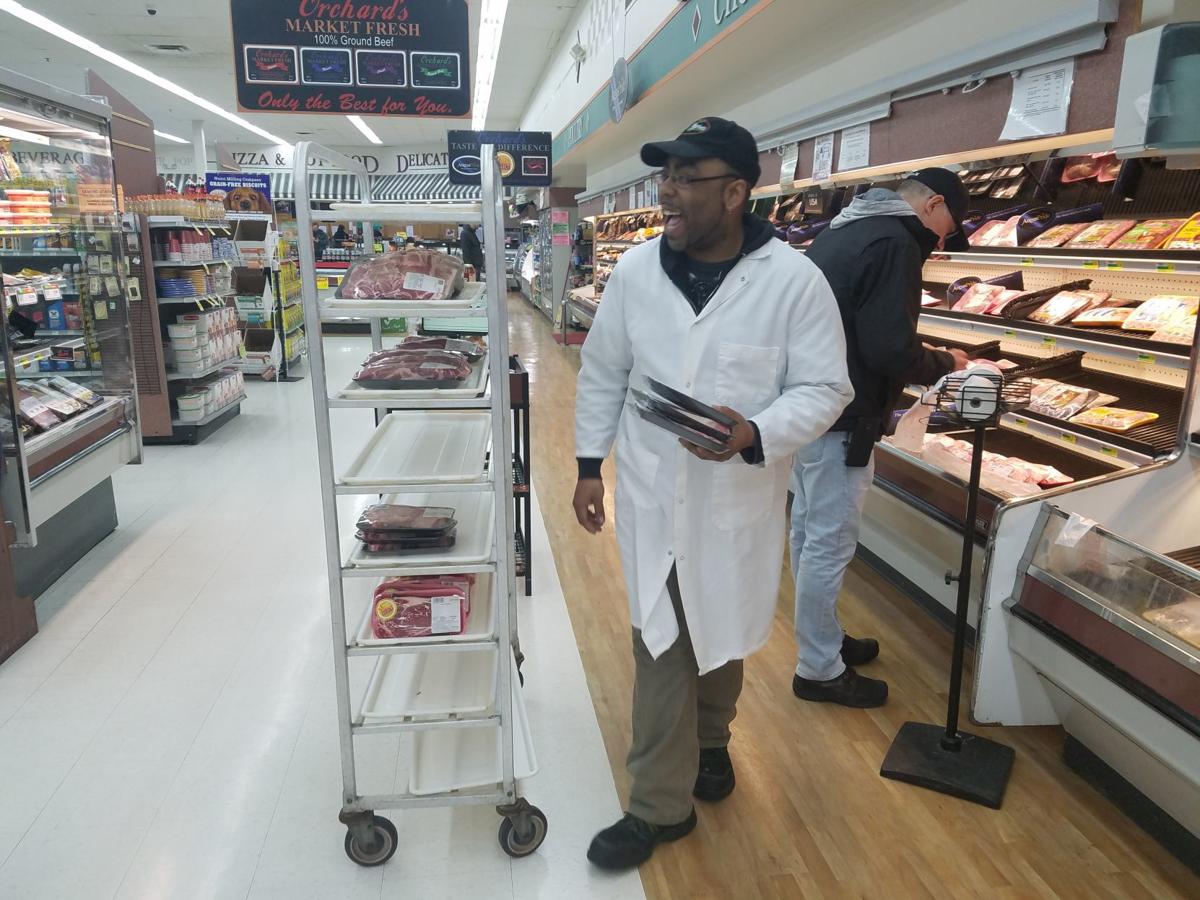 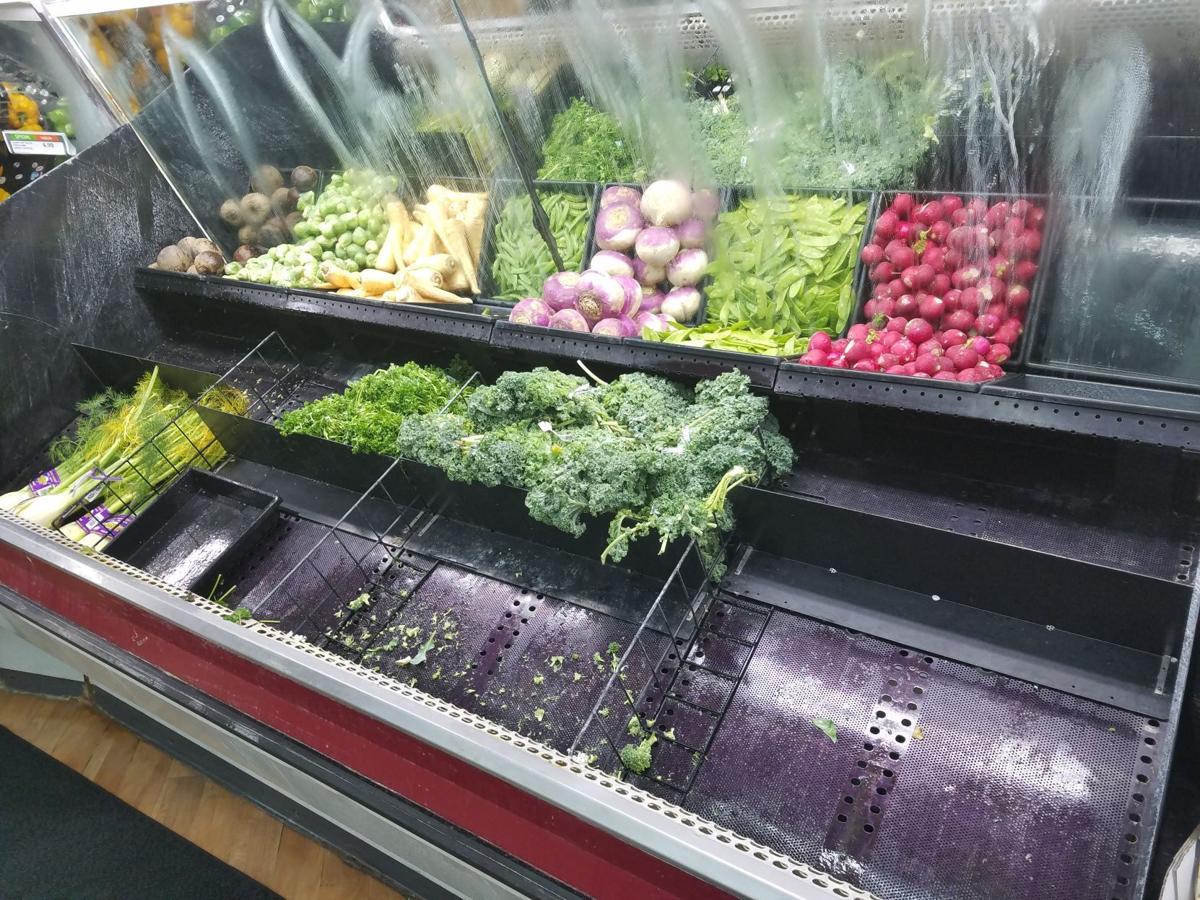 Shoppers binged on produce and other items at local grocery stores early in the pandemic. A year and a half later, stores are still coming up short on some items.

Shoppers stock up at the Spring Lake Orchard Market in March 2020.

Shoppers binged on produce and other items at local grocery stores early in the pandemic. A year and a half later, stores are still coming up short on some items.

As news spread about the governor’s “Stay Home, Stay Safe” executive order Monday morning, many rushed to the grocery store.

“It’s like a stampede,” said Tammy Baird, assistant store manager of Leppink’s in Ferrysburg. “From the 11-to-noon hour, it was unreal.”

Under the governor’s order, grocery stores, pharmacies and other essential businesses will remain open.

Baird said holidays are always busy at the store, but this last week far eclipsed Christmas. She estimates customer volume has more than doubled since March 13, when Gov. Gretchen Whitmer first ordered schools to close.

Local grocers report traffic increased again after the March 16 order to limit restaurants and bars to takeout only, and again Monday with the “stay at home” order.

Leppink’s has hired two additional employees to try to keep up with the rush. Store leaders also put X’s on the floor at the checkouts, courtesy counter and deli so shoppers can be conscious of 6-foot social distancing precautions.

“It creates an awareness you never even thought of before,” Baird said.

Although they haven’t adjusted their open hours yet, like some stores have, Leppink’s did add a 7-9 a.m. shopping time for senior citizens and others who are immune compromised.

“We’re seeing things that don’t normally sell that are selling,” Baird said. “It’s pretty much the whole store, from wall to wall. We have all four checkout lanes running. Normally, we have one or two open.”

Baird reminds people to not panic. There will enough for everyone if people stop binge shopping, she said.

“We’re all in this together. We will get through this,” she added.

Alex Rogalla, owner of the Spring Lake and Fruitport Orchard Markets, said in all of his years in the grocery business, he’s had to do something this month that he never expected – asking customers to not buy so much. His store has set several sales records in recent days, and Monday was no exception.

“I encourage people to shop and get what you need, but leave some for the next person,” Rogalla said. “In retail, I never dreamed I would be telling people to ‘slow down’ and not buy as much. It’s not something you say in the retail business. But think of the next person. We just really need everyone to get what you need, with the key being ‘need.’ Be aware and thoughtful of others during this time so everyone can get what they need.”

Rogalla said most shoppers Monday morning and afternoon had carts full of groceries.

“It’s really all your essential items – bread, milk, eggs, ground beef,” he said. “Meats are going very fast and produce is getting hit hard, as well. Since the announcement, it’s really increased the basket size. They’re definitely stocking up today. We, unfortunately, had to put some limitations on things so we could spread the love a little bit so everyone could get some bread, eggs or ground beef.”

Rogalla explained that this unprecedented demand is causing a strain on the entire industry, from manufacturer to supplier to local store.

“The toughest part is, we just cannot get what we need to meet this kind of demand right now,” he said. “The supply chain is stressed and it’s struggling. We’re seeing limitations and shipments being reduced.”

On Monday morning, normally a slow time at the Spring Lake Orchard Market, shoppers filled carts as an overhead announcement explained that some items may not be in stock. Customers were overheard talking about the governor’s announcement as employees stocked shelves and refilled meat cases.

“We ordered 100 cases and we got three cases, and that was gone within half an hour,” Rogalla said Monday. “I have no toilet paper on the shelf today. I don’t understand that, personally. It lasts longer than people give it credit for.”

Customer Kelly Johnson stopped at the Spring Lake Orchard Market after an appointment in Grand Haven. She said she has no intention of buying more than she needs.

“I think this is crazy,” she said, standing near the packaged cheese, amid a pile of stacked supply boxes. “I’ve never been through anything like this before.”