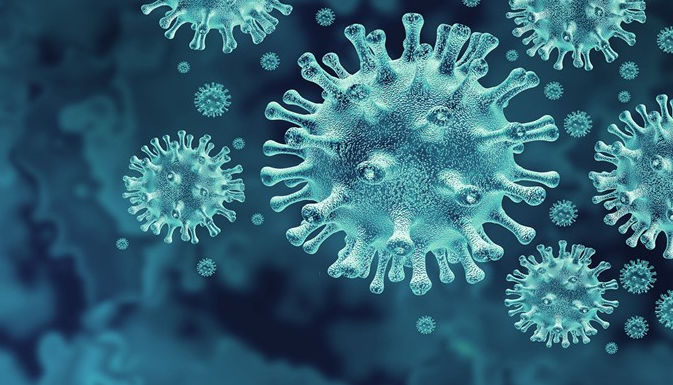 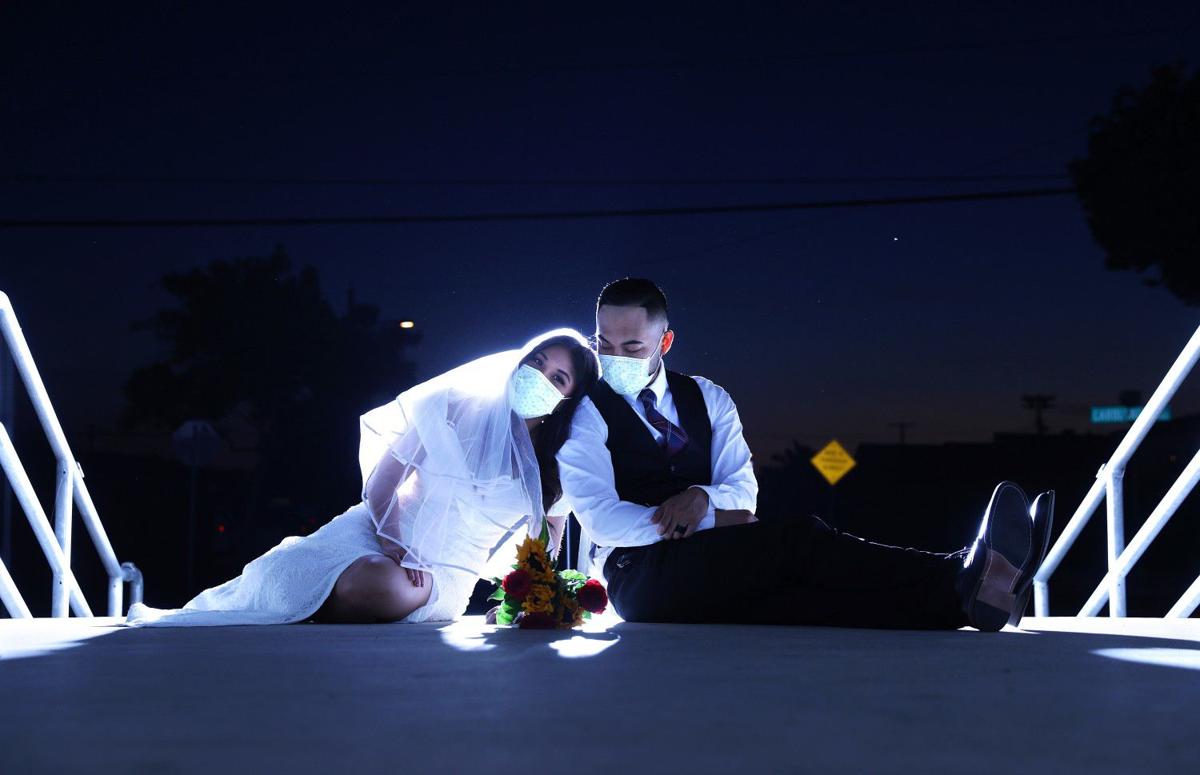 Kathleen Sion, left, and Russel Sion, both 29, are photographed May 2 at the front steps of Caroldale Learning Community School in Carson, California, where they first met as children. The couple's wedding was postponed due to the coronavirus pandemic.

The state health department reported 323 new confirmed cases Wednesday. That is the most of any day in June and up from 221 on Tuesday, 179 on Monday and 146 on Sunday. Michigan's cumulative confirmed case count now stands at 61,953, with another 6,602 listed as probable.

Ottawa County has 989 lab-confirmed cases as of Wednesday, up five from Tuesday's report from the county health department. The county's hospitalization rate remains at 8.5 percent, with 789 recovered and 51 deaths. There hasn't been a report of a new COVID-19 death in Ottawa County since June 12.

Muskegon County added three confirmed cases Wednesday, and now has a total case count of 793, according to the state health department. The county's death toll remains at 49.

EAST LANSING (AP) — Health officials urged people to self-quarantine Wednesday if they recently visited a popular bar near Michigan State University where 25 customers have tested positive for the coronavirus.

People who were at Harper's in East Lansing between June 12 and June 20 should stay home for 14 days, "self-monitor for symptoms and distance themselves from other household contacts like family and roommates," the Ingham County health department said.

The 25 cases involve people ages of 18-23. County health officer Linda Vail said more people probably were infected but have not been identified.

"We need everyone exposed to stay home," Vail said.

Most people who tested positive have mild symptoms; four are asymptomatic, the health department said.

Harper's has temporarily closed after reopening June 8. It said it's modifying the air conditioning system and developing a plan to eliminate lines.

"Our oversight of the line on our stairs has been successful, but trying to get customers to follow our recommendations on the public sidewalk has been challenging," Harper's said on Facebook.

Virus cases surging among the young, endangering the elderly

ST. PETERSBURG, Fla. (AP) — Coronavirus cases are climbing rapidly among young adults in a number of states where bars, stores and restaurants have reopened — a disturbing generational shift that not only puts them in greater peril than many realize but poses an even bigger danger to older people who cross their paths.

In Oxford, Mississippi, summer fraternity parties sparked outbreaks. In Oklahoma City, church activities, fitness classes, weddings and funerals seeded infections among people in their 20s, 30s and 40s. In Iowa college towns, surges followed the reopening of bars. A cluster of hangouts near Louisiana State University led to at least 100 customers and employees testing positive. In East Lansing, Michigan, an outbreak tied to a brew pub spread to 25 people ages 18-23.

There and in states like Florida, Texas and Arizona, young people have started going out again, many without masks, in what health experts see as irresponsible behavior.

"The virus hasn't changed. We have changed our behaviors," said Ali Mokdad, professor of health metrics sciences at the University of Washington in Seattle. "Younger people are more likely to be out and taking a risk."

In Florida, young people ages 15-34 now make up 31 percent of all cases, up from 25 percent in early June. Last week, more than 8,000 new cases were reported in that age group, compared with about 2,000 among people 55 to 64 years old. And experts say the phenomenon cannot be explained away as simply the result of more testing.

Elected officials such as Florida's governor have argued against reimposing restrictions, saying many of the newly infected are young and otherwise healthy. But younger people, too, face the possibility of severe infection and death. And authorities worry that older, more vulnerable people are next.

"People between the ages 18 and 50 don't live in some sort of a bubble," said Oklahoma City Mayor David Holt. "They are the children and grandchildren of vulnerable people. They may be standing next to you at a wedding. They might be serving you a meal in a restaurant."

The virus has taken a frightful toll on the elderly in the U.S., which leads the world in total deaths, at over 120,000, and confirmed infections, at more than 2.3 million. Eight out of 10 deaths in the U.S. have been in people 65 and older. In contrast, confirmed coronavirus deaths among 18- to-34-year-olds number in the hundreds, though disease trackers are clamoring for more accurate data.

With the shift toward younger people, some hospitals are seeing a smaller share of their COVID-19 patients needing intensive care treatment such as breathing machines.

"They are sick enough to be hospitalized, but they're not quite as sick," said Dr. Rob Phillips, chief physician executive of Houston Methodist Hospital. He said he still finds the trend disturbing because young people "definitely interact with their parents and grandparents," who could be next.

In one Florida hospital system, nearly half the COVID-19 patients were on ventilators during April compared with less than 3 percent now, said Dr. Sunil Desai, president of the Orlando Health hospital system.

Some of the young people who have fallen ill describe stretches of extreme pain and fatigue.

"My chest and my body hurt. Almost like I'd gotten in a car accident," said Emily Ellington, 25, of suburban Austin, Texas, who tested positive about six weeks after the state began reopening.

In Florida, where many restaurants and bars reopened in early May, 32-year-old Kristen Kowall of Clearwater dined out with her fiancé in early June. Like others in the restaurant, she didn't wear a mask. She tested positive over the weekend.

"I just feel really groggy and tired. It hurts to walk. Especially my ankles and knees, it feels like my bones are going to fall apart," she said. "I definitely would advise people from going out. It's not worth it."

The increase among young adults may not all be due to reopenings and could also reflect wider testing that has reached younger, less sick people. Yet since May, younger adults have had a higher share of tests come back positive than their older counterparts.

In late March and April, that wasn't the case — the highest positive rates were in people over 65. For the past month, roughly 7 percent of tests done on 18 -to-49-year-olds nationwide have come back positive. That is about 2 percentage points above older groups of adults.

Amid the surge, some Florida cities and counties are requiring people to wear masks before entering businesses. An Orlando bar popular with University of Central Florida students had its liquor license suspended after more than 40 people who went there upon its reopening tested positive.

Florida Gov. Ron DeSantis warned other bars they could lose their licenses if they don't follow social distancing guidelines.

"If you go in, and it's Dance Party USA, dancing up to the rafters ... there's no tolerance for that," he said.

Does the recent surge in the number of coronavirus cases in some states give you fear that the pandemic will rebound in Michigan?