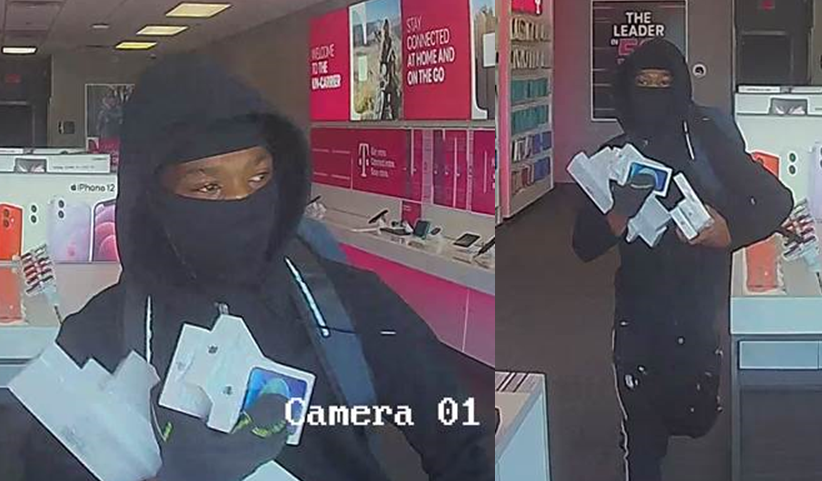 Police are looking for five males who they say held up the T-Mobile store on Grand Haven’s north side at about 3 p.m. Wednesday. There are more photos of the suspects from the store’s surveillance cameras attached to this story at grandhaventribune.com. 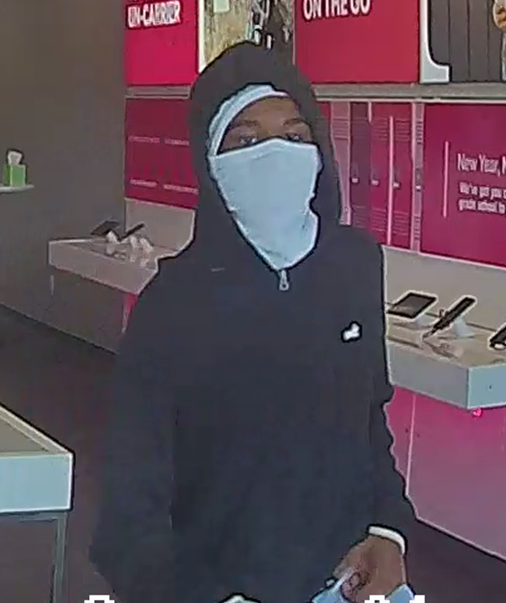 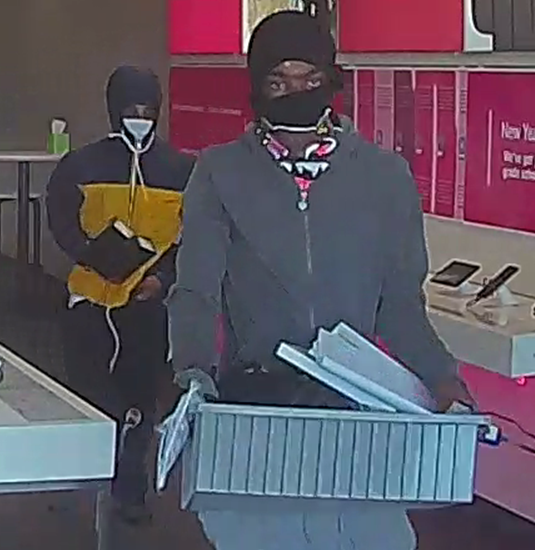 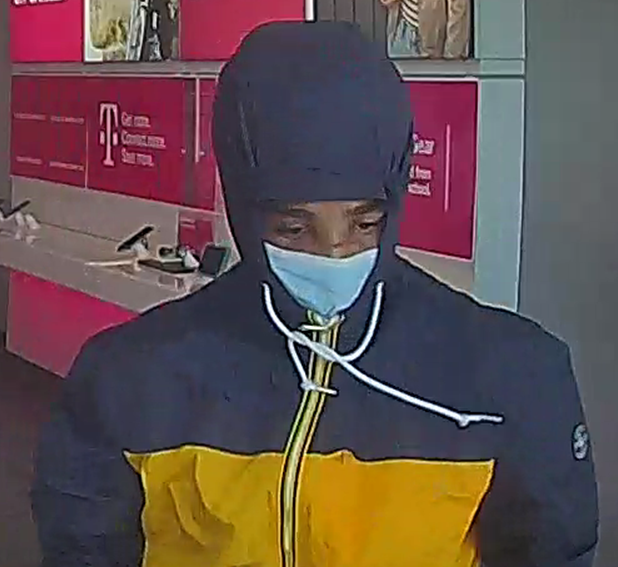 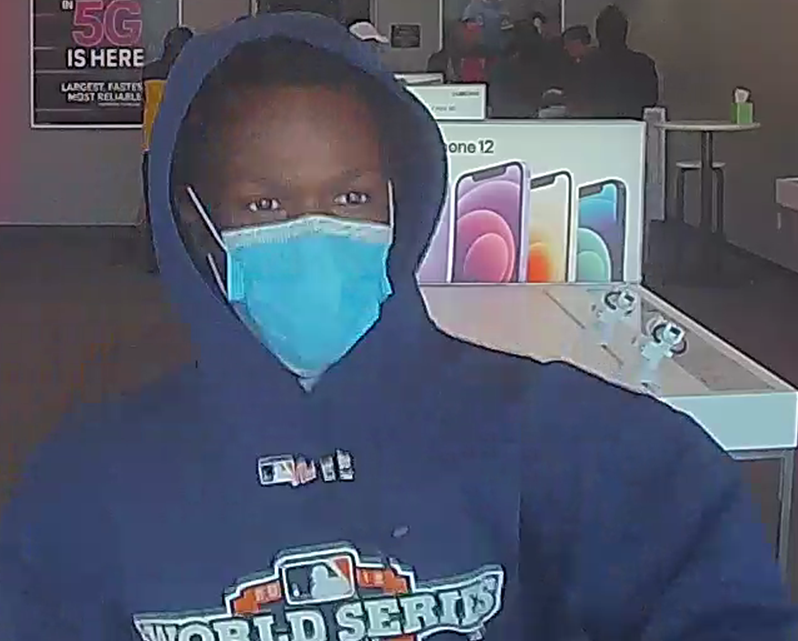 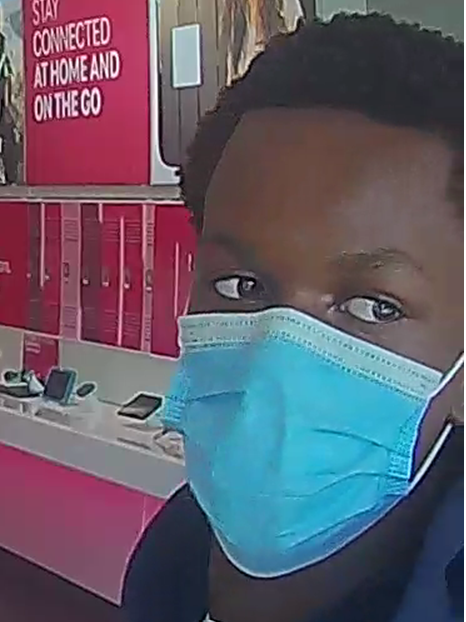 Police are looking for five males who they say held up the T-Mobile store on Grand Haven’s north side at about 3 p.m. Wednesday. There are more photos of the suspects from the store’s surveillance cameras attached to this story at grandhaventribune.com.

Witnesses reported that five Black males, ages 16-21, entered the store wearing hoods and masks. It was reported that at least one of the suspects was armed with a handgun.

A black Nissan used in the robbery was found by a Grand Haven officer near the intersection of Fifth and Adams streets, directly across the highway from the store. It is believed that the suspects changed vehicles at that location, Hawke said.

A “shelter in place” announcement was posted on social media for the neighborhood surrounding Fifth and Adams while officers searched the area. An “all clear” was issued at approximately 4 p.m.

The robbery remains under investigation.

Security camera photos of the suspects were included with the news release from Hawke. Anyone with information is asked to call the Grand Haven Department of Public Safety at 616-842-3460 or Ottawa County Silent Observer at 877-887-4536, or leave a tip online at https://www.p3tips.com/tipform .aspx?ID=786&C=01207A.

A reward is offered for information leading to the arrest of the suspects. Tipsters can remain anonymous.

Reparations for being given crappy Obamaphones or rampaging Trump supporters?

Interesting that there was one more gun used in this event than the insurrection at the Capitol on January 6. . . .