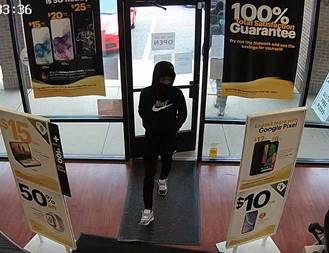 Police are looking for the suspects they say committed a “grab-and-go theft" at a cellphone store in Grand Haven on Friday afternoon.

Grand Haven Department of Public Safety officers responded to a call at the Sprint store, 604 N. Beacon Blvd., at 3:30 p.m. after four suspects entered the business and ripped several phones from displays.

There were no customers in the store at the time and no injuries, Grand Haven Public Safety Director Jeff Hawke said in a press release Friday evening.

The suspects were described as four black males, and Hawke said they fled north on Beacon Boulevard (U.S. 31) in a gray car.

The incident remains under investigation. Anyone with information is asked to call Ottawa County Central Dispatch at 800-249-0911 or Ottawa County Silent Observer at 877-887-4536.

How worried have you been that you or someone in your family and/or household will come down with the coronavirus?