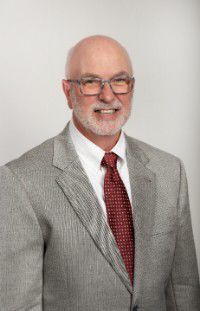 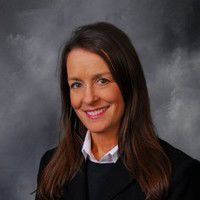 The Ottawa County Board of Commissioners will not – and in fact cannot – interfere with the county health department’s mask mandate for local schools.

During an emotional county board meeting Tuesday, Chairman Roger Bergman opened with a statement, noting that “the limited mask mandate order of the local health department has divided our community like no other in my lifetime.”

The decision was handed down late last week by Ottawa County Health Officer Lisa Stefanovsky, who said that all students in grades pre-K through sixth in all educational settings are required to wear masks.

“Ottawa County Board of Commissioners has no authority to reverse that decision, or to fire her because of the decision she made, or to withhold funding to her department because of this commission,” Bergman said.

Bergman noted that the 6th U.S. Circuit Court of Appeals published a decision Monday that upheld the legal authority health departments across Michigan have to issue mandates against all challenges. The decision, he said, found no religious exemption to mask mandates in schools.

Stefanovsky then made an impassioned statement, calling the decision to require masks this fall “her duty” to protect students.

“I believe the state of Michigan should be making this decision for all children in our state, but for unstated reasons, they have decided this year they will defer the decision to each local health officer,” she said. “I want you all to know I agonized over this decision. I consulted my staff, who are amazing professionals in the field of public health, and also health officers across the state of Michigan.

“We all understand COVID-19 mitigation strategies are unpopular, especially after feeling the weight of these restrictions over the past year and a half,” Stefanovsky added. “We sincerely hoped we would not need to issue this order – however, the infection rates we’re seeing in the southern and now the Midwestern states are alarming. Because it is my duty when there is an eminent health threat to act, I felt I had no choice but to issue an order. I know many oppose this order and we may never be able to reach consensus on this issue, but I want you to know I am not motivated by any conspiracy or any political platform. I am motivated solely and completely by protecting the health of our children.”

Bergman also addressed an alleged comment he made earlier in the week.

“It’s been reported by a website, Ottawa Impact, that I made the following statement: ‘Sometimes government needs to make your decisions for you, that’s what we’re doing,’” he said. “That so-called statement was never made by me. Somehow, someone manipulated my words and used them to make it appear as though I made that statement. I would never say that and I did not say that.”

A message sent to Ottawa Impact on Tuesday afternoon was not returned.

Ottawa Impact, a group that “exists to preserve the heritage of Ottawa County,” according to its Facebook page, urged residents to attend Tuesday’s county board meeting “to protect constitutional freedom and parental rights, and not allow unconstitutional health orders to stand in Ottawa County.”

Anticipating a large turnout, Bergman addressed those who were hoping to make a public comment at the start of the meeting.

“My job is to ensure that everyone is heard but also that everyone is respected,” he said. “Keep in mind that word ‘respect.’ … Today I am asking all of you to show respect and civility with those who may not agree with you. Some of these folks could be your neighbors, friends, even family.”

Despite Bergman’s pleas, loud yelling, chanting, cheering and jeering could be heard from the building’s lobby throughout the public comment portion of the meeting.

Why Masks, when 99% of children are protected without a mask? Why punish 99% when only 1% of children have a chance of contracting Covid? Why cover the face of children who will then be breathing carbon, not oxogen for 5-8 hours a day. What are the health ramifications of Children wearing masks? What single individual will accept responsibility for demanding thousands of healthy students to wear a mask that diminishes the intake of oxogen? Brains need oxogen, organs need oxogen....so why not allow parents to make this critical health choice? The state, the school unions, do not have authority over the parents. Parents rule their own children. Rise up and fight.

Forgive me if I don't take science advice from someone who thinks the word is "oxogen."

Then why are we getting an average of 300 kids hospitalized a day? https://www.cnbc.com/2021/08/25/pediatric-covid-hospitalizations-surge-to-highest-on-record-in-us-as-doctors-brace-for-more.html You are arguing with bad information and disproven lies. Do you think masks just came into existence? They have never reduced oxygen intake and that has long been a disproven lie. Your lies will lead to more deaths from kids and long term consequences for the ones that do live.