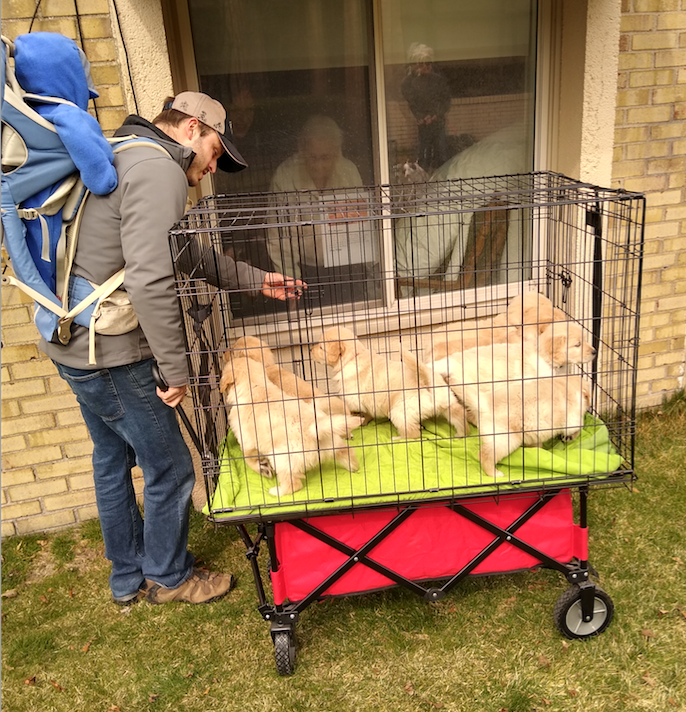 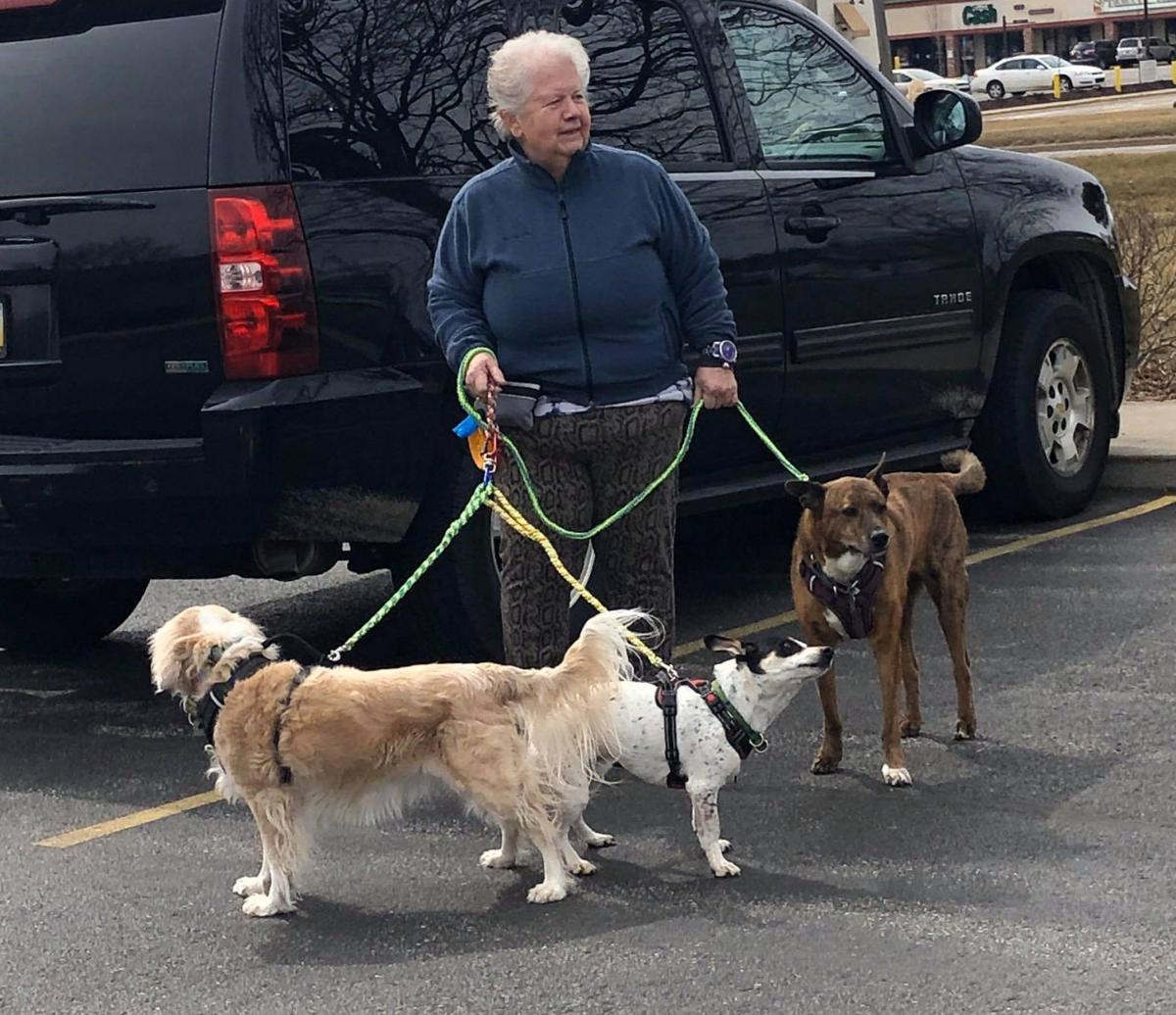 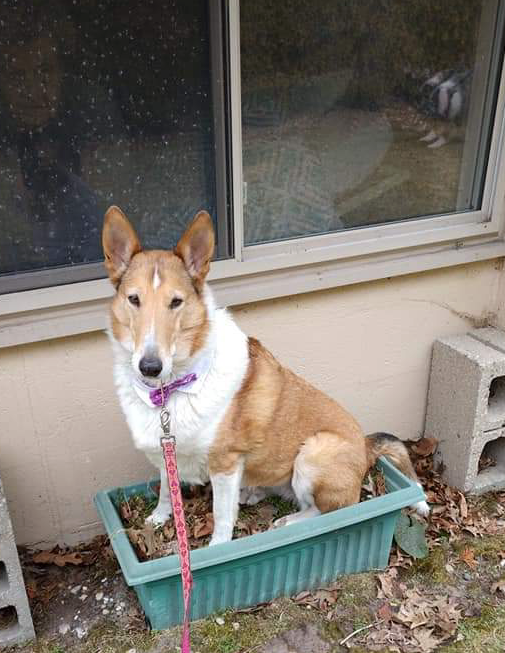 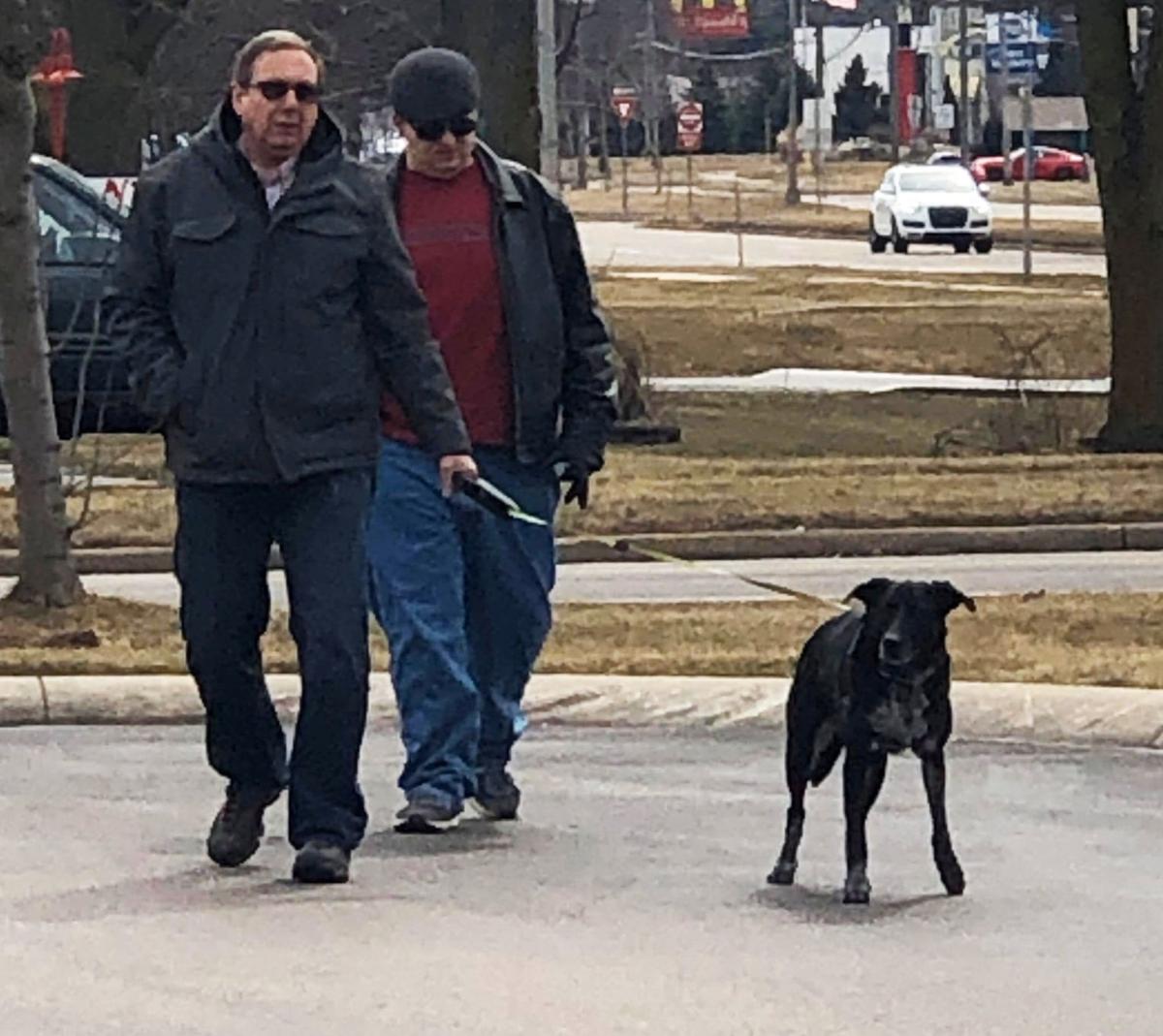 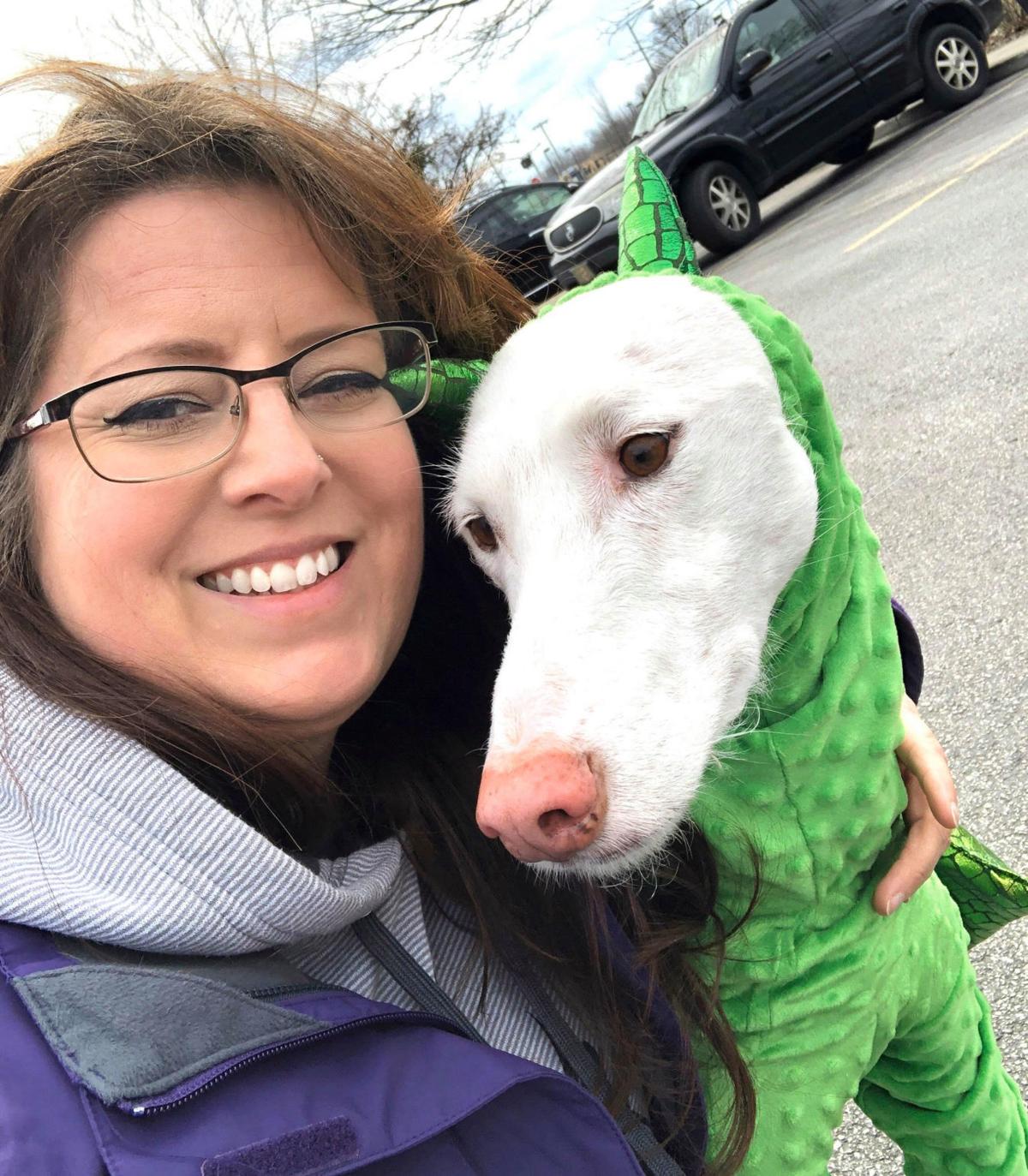 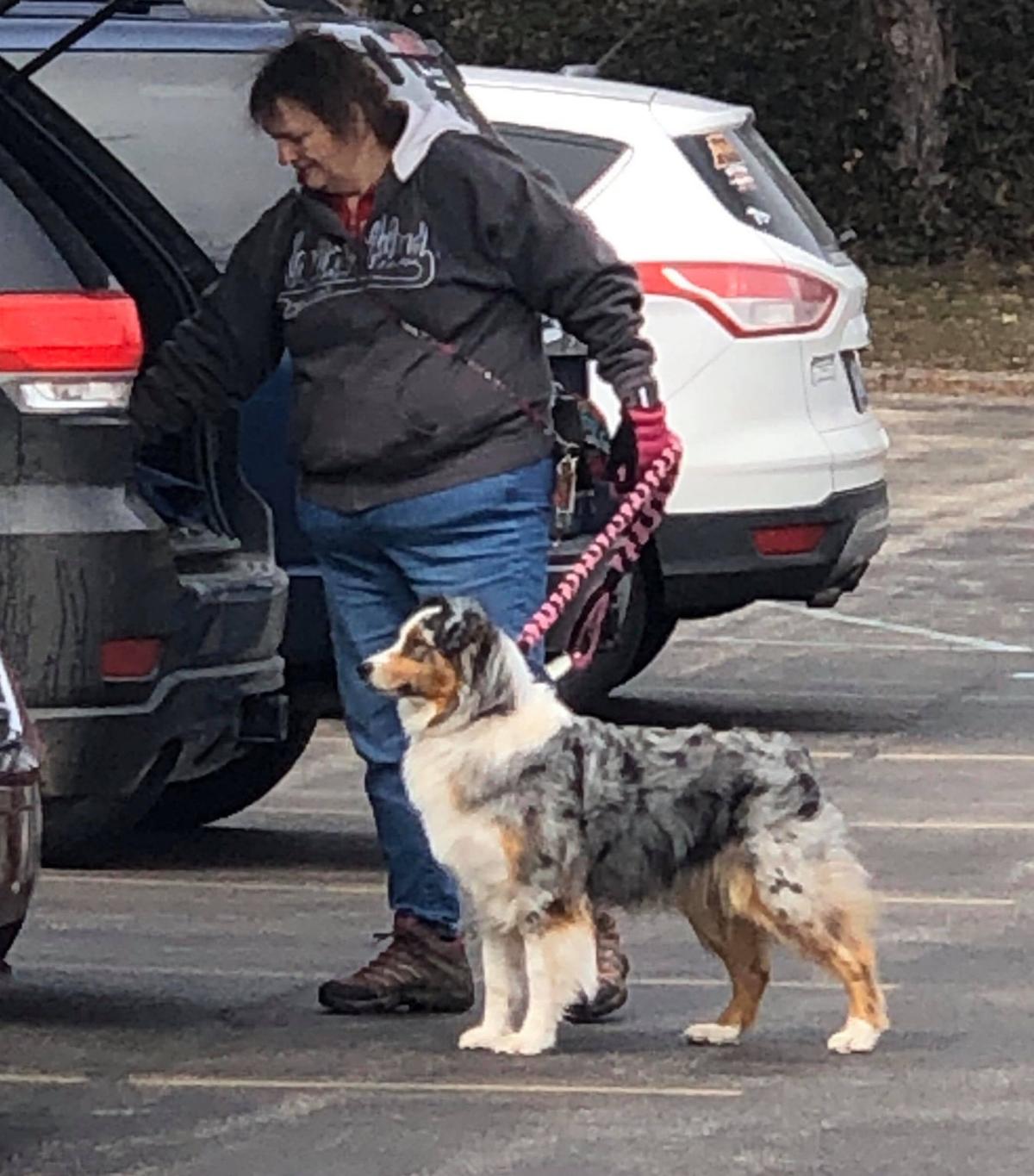 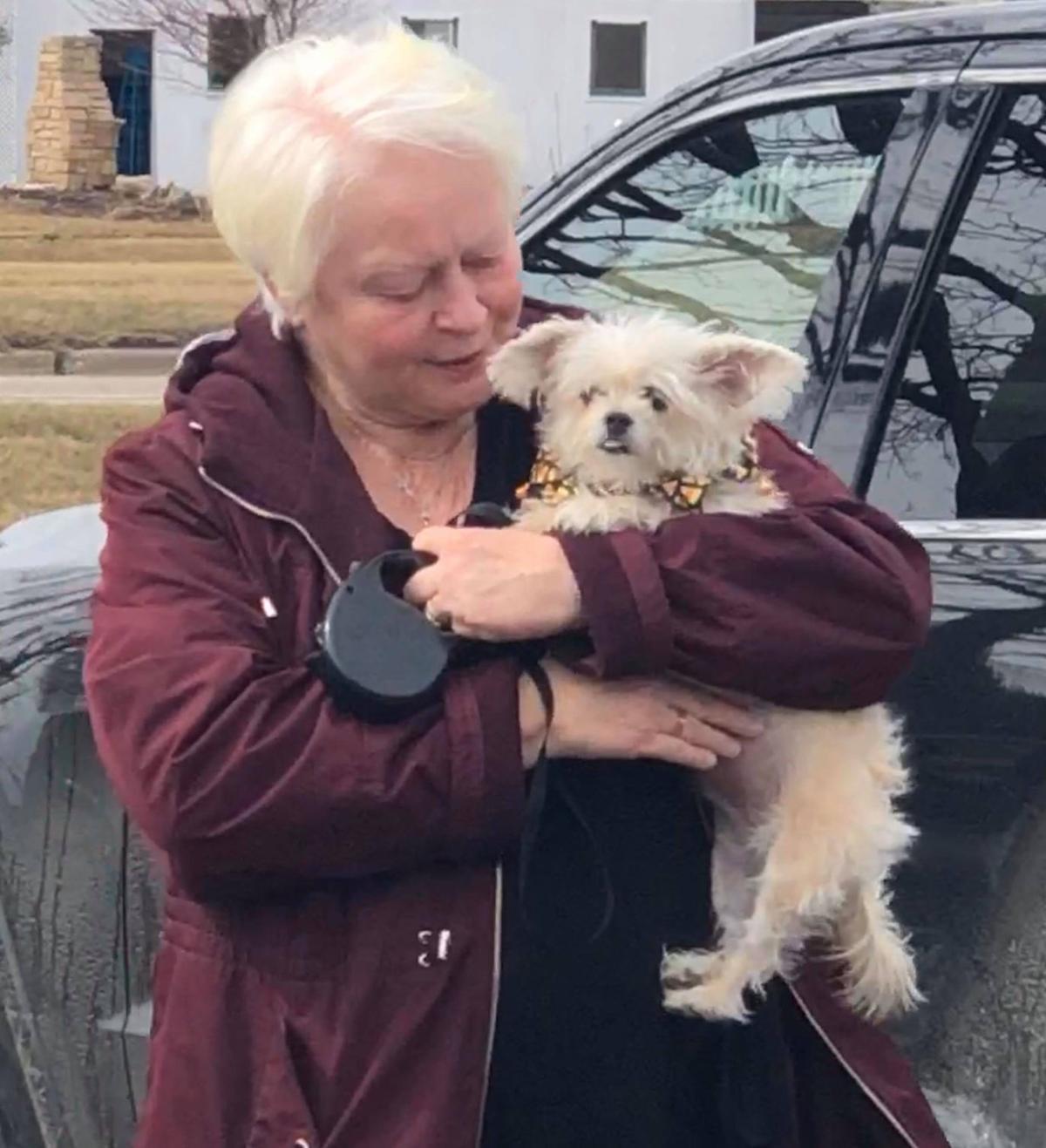 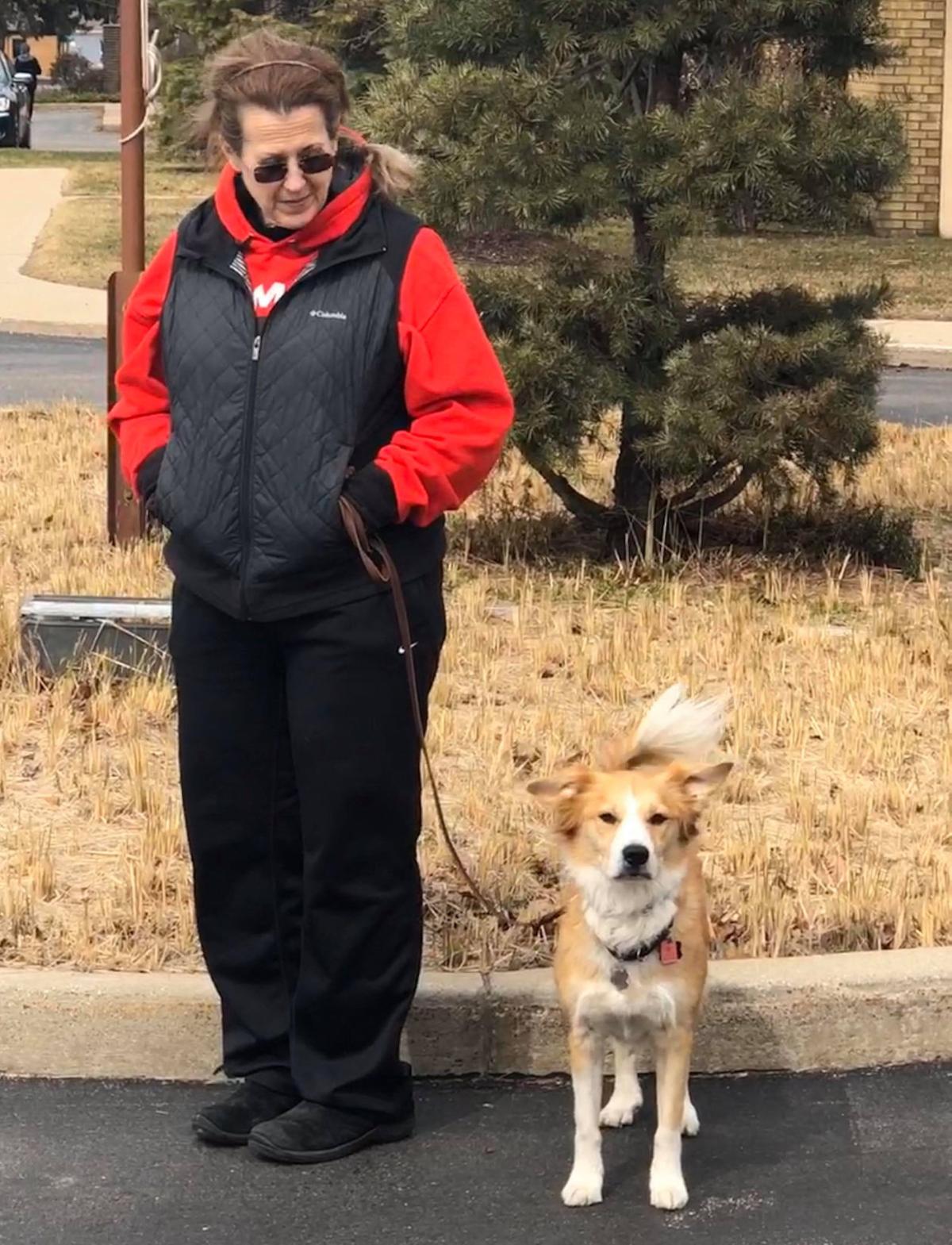 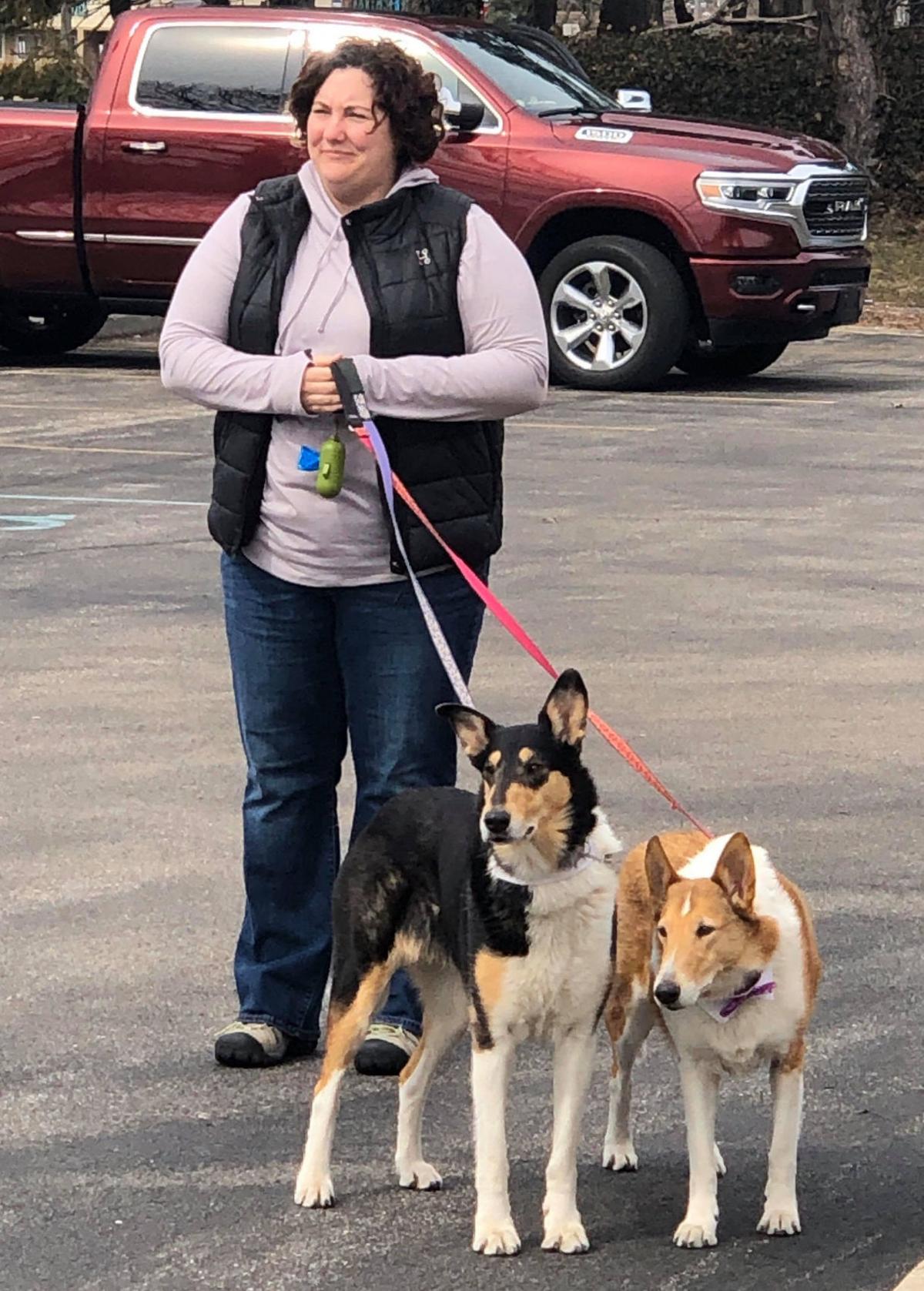 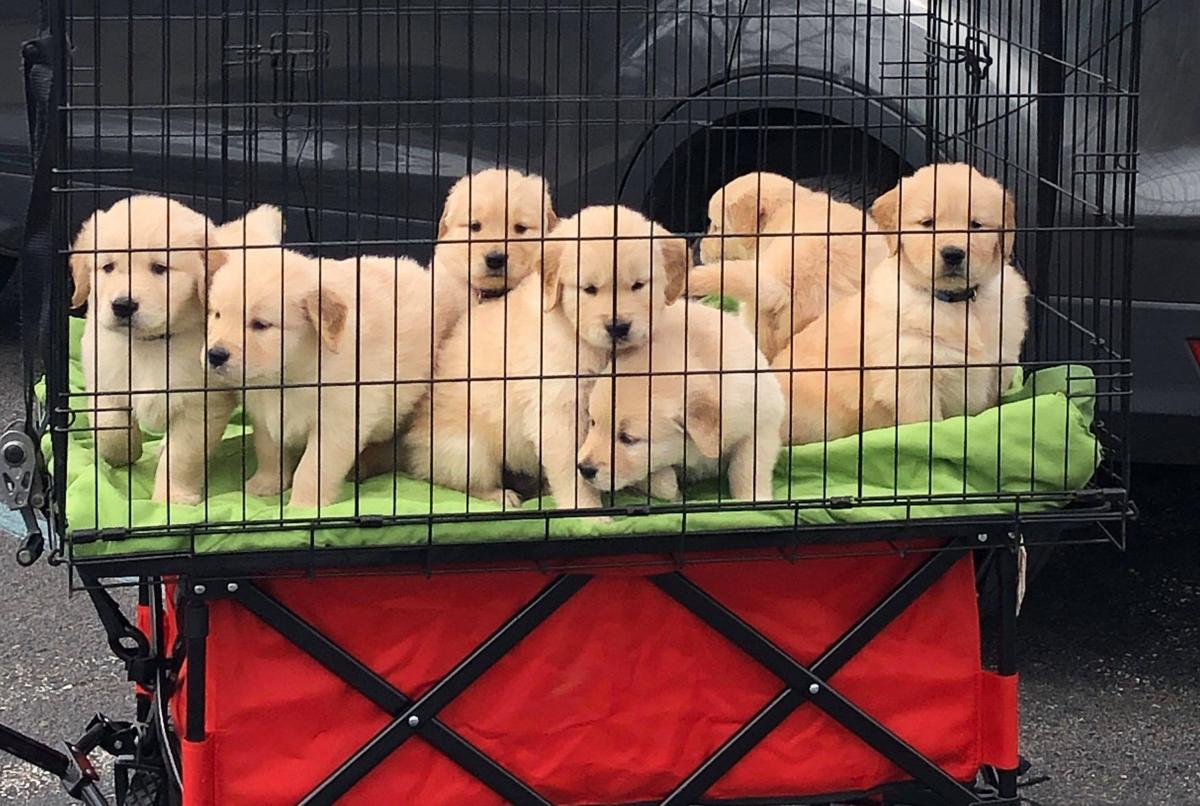 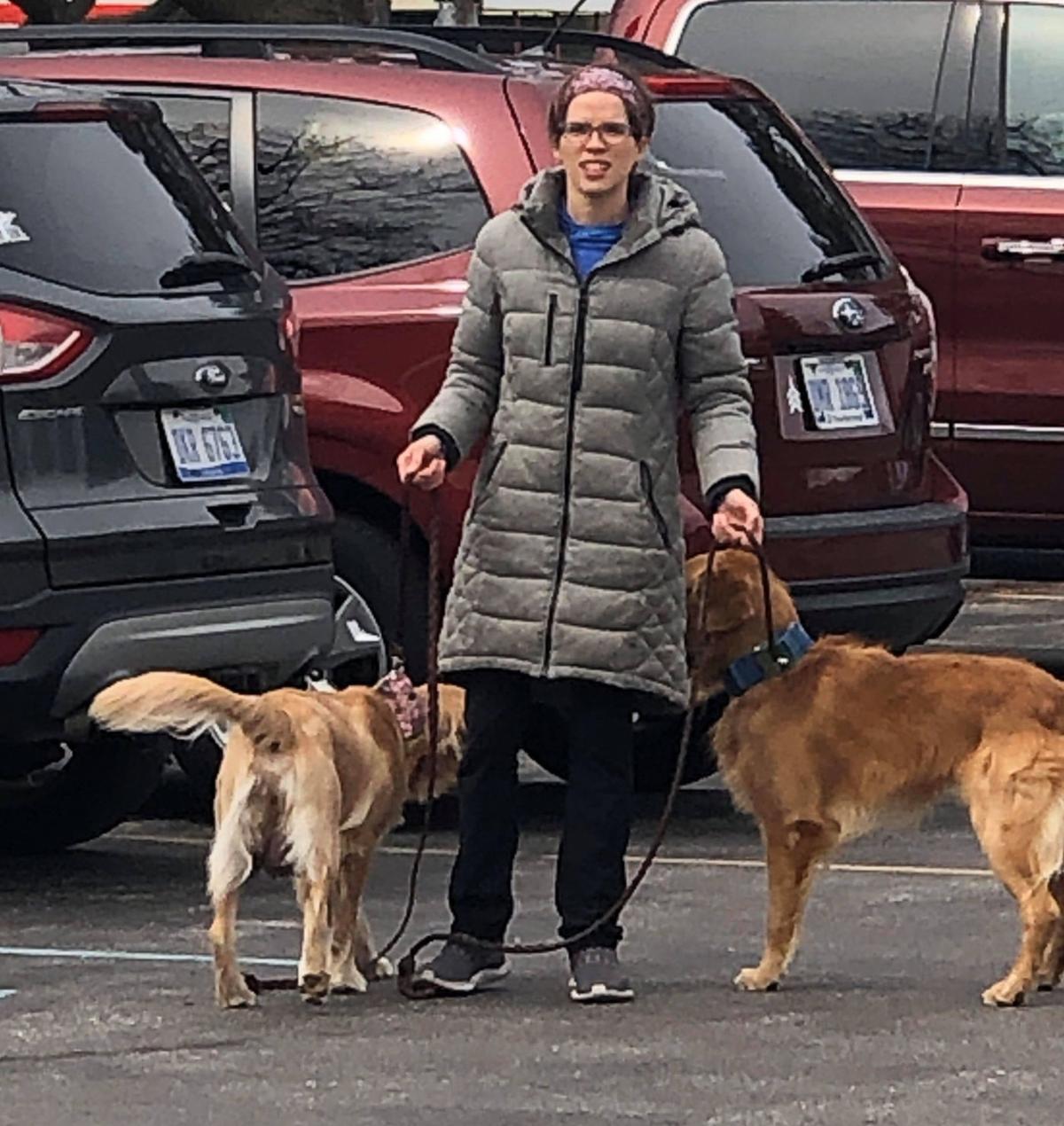 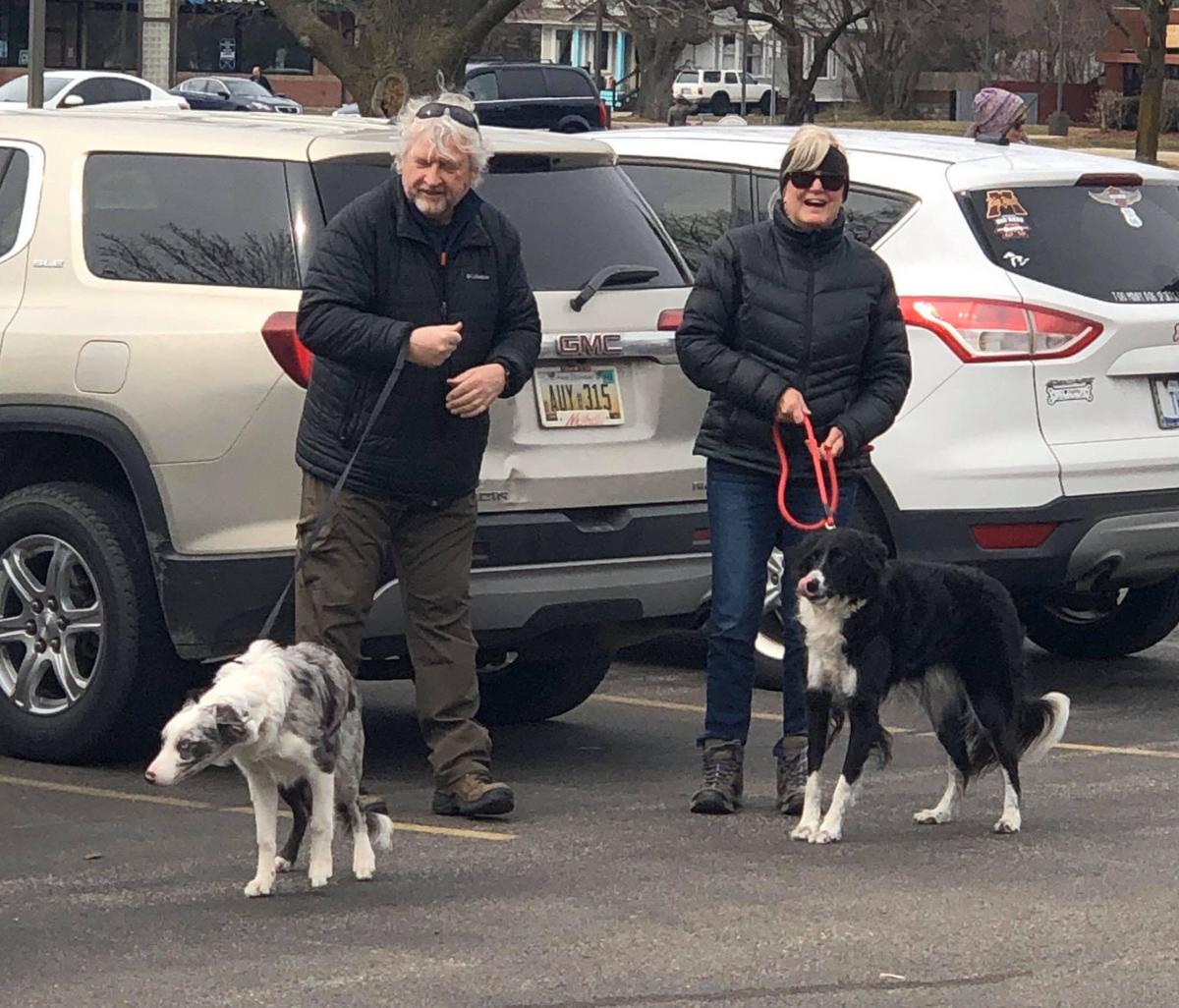 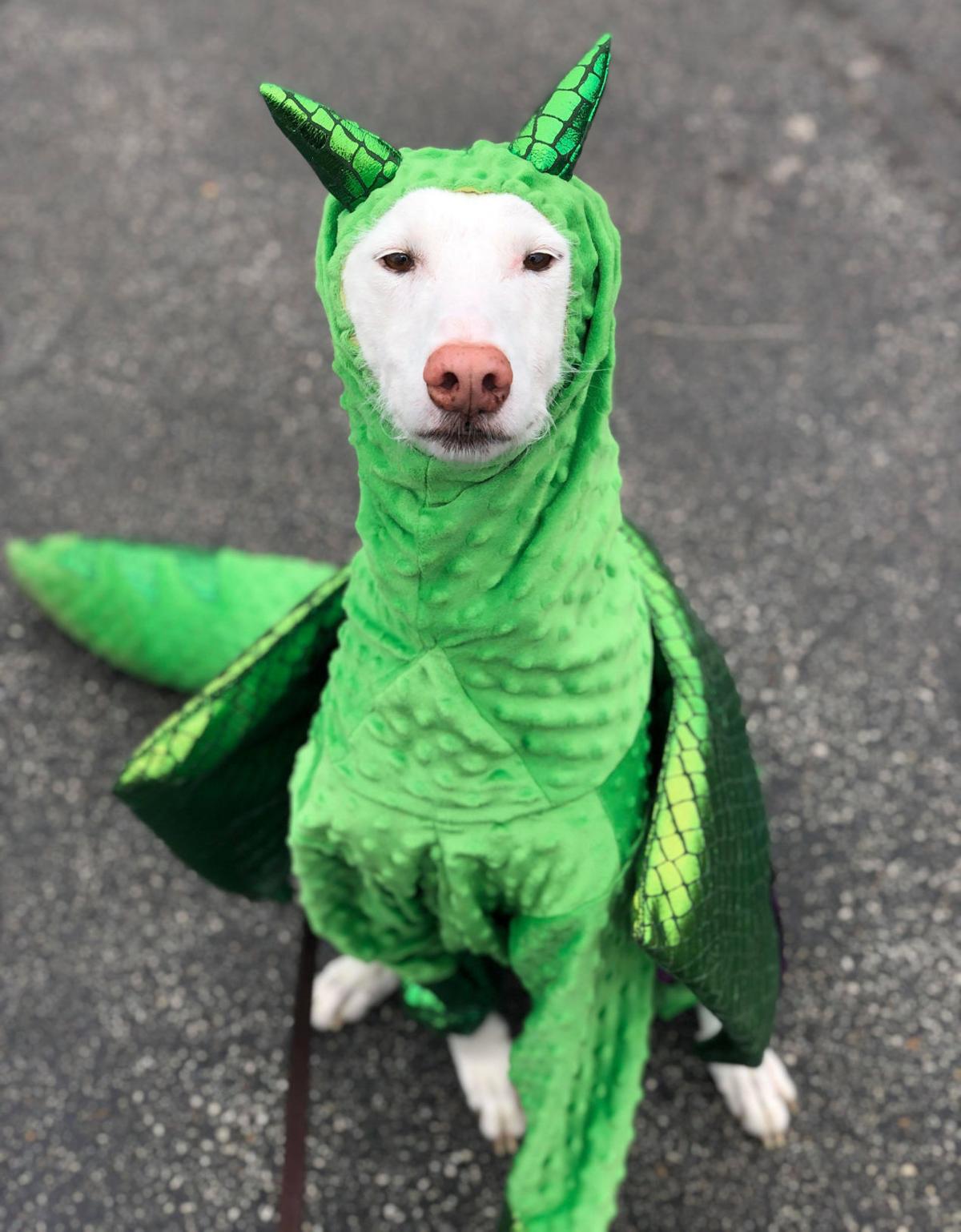 Nursing home residents may not understand why they can’t have visitors these days, but they will likely understand when an attempt is being made to brighten their day.

That happened Sunday afternoon, when volunteers took their dogs to MediLodge at the Shore in Grand Haven to parade their animals by the windows.

“I just thought my heart was going to burst to see them smile,” said the home’s activity director, Kris Larsen, who organized the event.

Adult care facilities have been on lockdown for more than a week as the coronavirus spreads across the United States and the rest of the world. No visitors are allowed unless a resident is in hospice care, and only two people are allowed at that time.

Larsen said that it was heartbreaking to see the faces when residents realized their loved ones were not allowed to visit. Even Larsen’s dogs couldn’t be brought into the building for their normal rounds with the residents.

“We had some families visit outside the windows,” Larsen said. That gave her an idea.

Larsen has worked at the Beacon Boulevard home for 33 years, and has two dogs and trains and certifies therapy dogs. She also conducts agility and obedience training.

So, she created an event called “Doggie in the Window.” “It’s like the song,” she said.

Larsen posted a request on social media, asking if any of her friends would like to bring their dogs for an outside visit to the nursing home residents.

At 3 p.m. Sunday, volunteers showed up with 20 dogs, including a crateful of puppies.

For an hour, the animals were walked from window to window, lingering up to several minutes for residents who didn’t want them to leave.

“With so many dogs, each resident got to see at least eight,” Larsen said.

The golden retriever puppies were the most popular.

“It was amazing – residents were reaching their hands to the windows,” she said. “There was lots of smiling and laughing, and now lots of fingerprints and nose smudges on the windows.”

Larsen trained most of the dogs that participated, but she said anyone was welcome. The dogs included Australian shepherds, golden retrievers, border and smooth collies, a Corgi, and some mixed breeds. There were young dogs and old, big dogs and small, she said.

“It not only made the residents happy, but the people bringing the dogs felt better, too,” Larsen said. “Even the dogs were having a great time.”

Because of the lockdown, the staff has been trying their best to be like family for the residents, Larsen said. They are coming up with ways to help them talk to loved ones, too, like using Skype.

Larsen said the staff also misses the regular visitors and the furry friends.

“Currently, we have a couple of squirrels coming to the door begging for peanuts,” she said. “That’s the animal entertainment for now.”

If the situation continues, Larsen said they plan to have another “Doggie in the Window” event on Sunday, April 19. She will post the information on MediLodge at the Shore’s Facebook page.