If you need to purchase a subscription.
You are the owner of this article.
Edit Article Add New Article
Home
Obituaries
Classifieds
Entertainment
Lifestyles
News
Police/Fire
Opinion
Sports
Photo Galleries
Share This
1 of 5 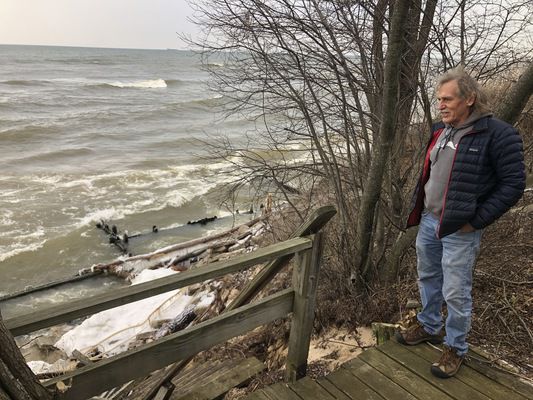 Don Camp looks over the edge of the bluff at waves crashing onto the shoreline at the Hess cottage, south of Grand Haven at the end of Holcomb Hills Road, on Thursday. 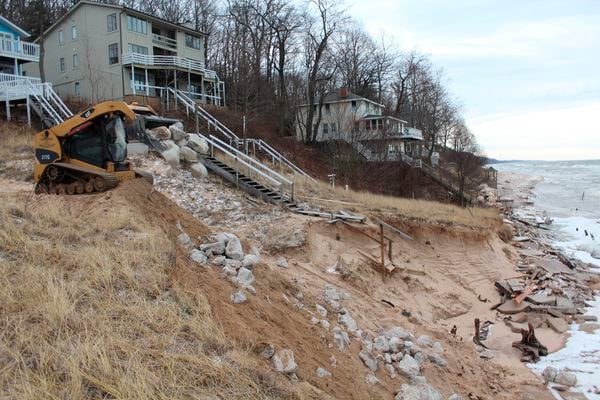 A loader dumps chunks of rock down onto the shoreline Thursday afternoon. 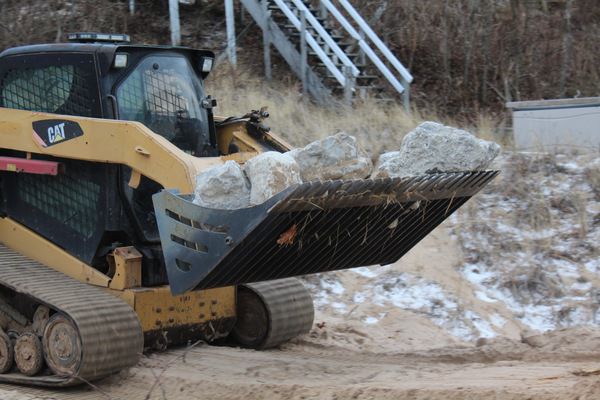 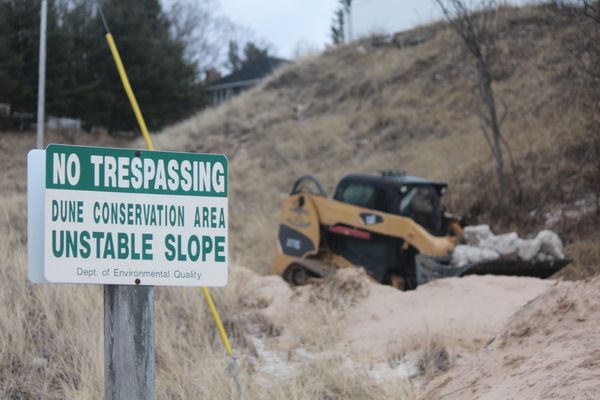 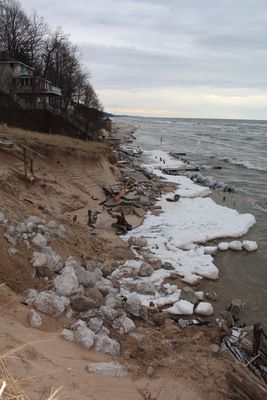 Don Camp looks over the edge of the bluff at waves crashing onto the shoreline at the Hess cottage, south of Grand Haven at the end of Holcomb Hills Road, on Thursday.

A loader dumps chunks of rock down onto the shoreline Thursday afternoon.

Don Camp stood on the deck of the Hess cottage – located at the end of Holcomb Hills Road a little south of Grand Haven – and watched as the waves pounded the shoreline 15 feet below.

“We used to have beach out to that third set of breakers,” said Camp, who has served as caretaker for the cottage for several decades. “The beach went all the way out there.”

Now, the beach is basically gone. Instead, wooden breakwalls installed in the 1980s jut up like the decaying ribcage of a long-buried creature. Rocks that were placed to stop erosion in the mid-1980s – the last time the water levels were this high – are now visible after being buried by sand for 20-plus years.

“It was a weekend storm that did all this,” Camp said. “The grass went out maybe 15 yards beyond where it is now, then dropped down. ... All of that you see down there was built in 1986. Those were just exposed.”

“We’re the ones that got this going,” Camp said. “It’s because of this cottage.”

Camp said he’s quite concerned about the future of the cottage, which is built on the sand.

“They’re saying it’s going to get worse next year, so that’s not very exciting to me,” he said.

It could actually get worse this weekend, with significant rainfall and wind expected today; then rain, freezing rain, snow and more wind in the forecast for Saturday.