If you need to purchase a subscription.
You are the owner of this article.
Edit Article Add New Article
Home
Obituaries
Classifieds
Entertainment
Lifestyles
News
Police/Fire
Opinion
Sports
Photo Galleries
Share This
1 of 3 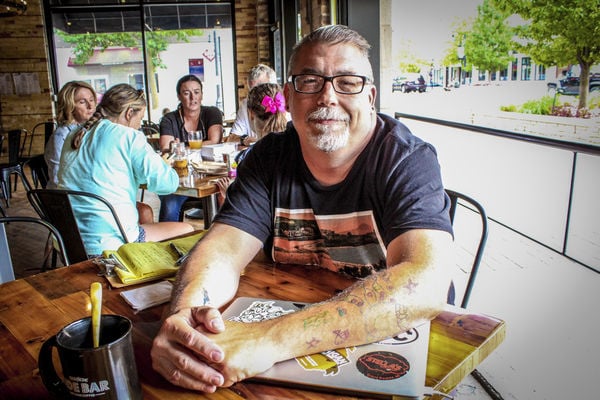 Garry Boyd, best known as the creator of HopCat’s crack fries, plans to open his own restaurant on Beechtree Street in Grand Haven called the Unicorn Tavern. He expects to open in December. 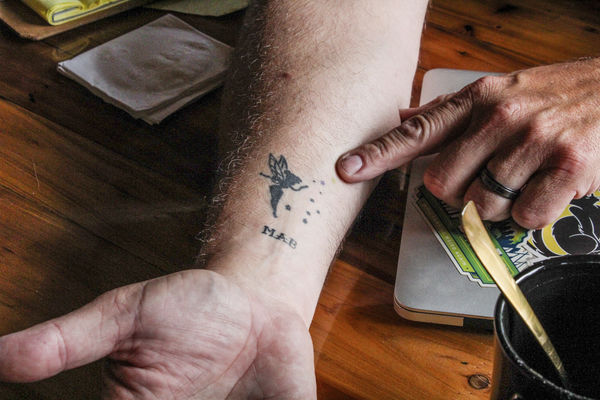 Garry Boyd’s daughter, Mackenzie, died two years ago when she was 7. She believed that Tinker Bell lived in her finger, and the tattoo on Garry’s arm includes a star for each year of her life. Boyd adds a star each year. 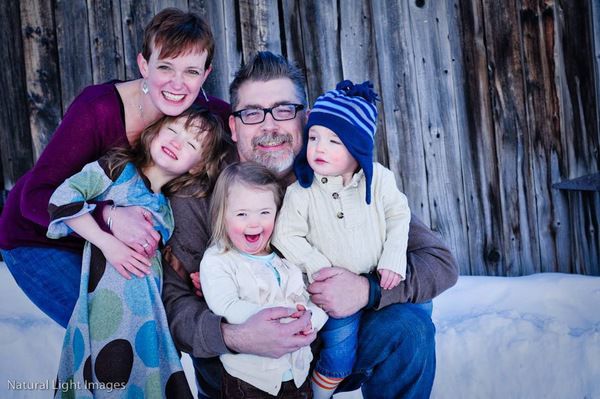 Garry Boyd, best known as the creator of HopCat’s crack fries, plans to open his own restaurant on Beechtree Street in Grand Haven called the Unicorn Tavern. He expects to open in December.

Garry Boyd’s daughter, Mackenzie, died two years ago when she was 7. She believed that Tinker Bell lived in her finger, and the tattoo on Garry’s arm includes a star for each year of her life. Boyd adds a star each year.

Grand Haven’s east side will be getting a bit of magic come December with the planned opening of the Unicorn Tavern.

Garry Boyd, who helped create HopCat’s brand and invented its famous crack fries, decided to venture out on his own after his 7-year-old daughter, Mackenzie, died from adrenal gland failure in March 2017.

“She had Down syndrome and she was a unicorn,” Boyd explained. “She made everybody’s lives better and she made me a better person. She was special and she was unique, an extremely rare human being that walked the earth for a short period of time. Those that knew her know how magical she was, and those that don’t I’m hoping get to know her through meeting our family and feeling her presence in our lives there.”

Boyd said his Belgian-inspired gastropub will focus on family, and he wants the atmosphere to emphasize the concept of family dining and enjoying a meal together. He also wanted to open the restaurant close to home – the property on South Beechtree Street is only three blocks from his house – because he realized what he missed in Mackenzie’s life while working long hours in Grand Rapids.

“My grief is based around guilt over missing her life because I was busy doing all this s--t,” Boyd said. “I really love what I have now. I get up every morning and I make my kids breakfast and I pack their lunch and I take them to school and I pick them up from school. I get to go to dance recitals and plays and everything that’s important that I was missing out (on). I don’t want to give that up. So, we said if we’re going to do it, we do it as close to our house as possible.”

Boyd’s two other children – Charlie Rae, 11, and C.J., 7 – also provide inspiration for the business. Next summer, the tavern will open an outdoor beer garden area called the Dragon and the Mermaid. The Dragon will feature outdoor barbecue and the Mermaid will be a tiki bar.

“Charlie is my little mermaid – she’ll spend all day in the pool if she can,” Boyd explained. “C.J. is my dragon and he has autism, so the world is a huge place for him … and we work really hard to shrink his world and make the world a place for him to thrive. And you kind of have to treat him like he’s a dragon, because sometimes he blows fire and sometimes he blows bubbles, but you have to help him thrive. He’s really super smart and cunning, and he reminds me of all the literary personifications of dragons.”

From McDonald’s to HopCat

Boyd started his career in the restaurant industry like many other 15-year-olds: flipping burgers at McDonald’s. Then he ran a Coney Island restaurant while going to school at Michigan State University. He moved to Grand Haven in 1991 and ended up getting a job at the Kirby Grill after hanging out there frequently with friends.

His first night waiting tables on his own was Coast Guard Festival Saturday in 1993. Fifteen months later, he was the general manager at Kirby’s. He eventually oversaw their whole transition to the Kirby House and opened the Grill Room and K2 Pizzeria.

“I learned a ton about the industry and about being a good restaurant manager,” he said.

Boyd eventually asked the leadership in the Gilmore Collection for a transfer, and he ended up at Judson’s and Gilly’s at the B.O.B. in Grand Rapids, where he met Mark and Michele Sellers, who were just about to start up HopCat. They offered him a job, and so Boyd left the B.O.B. for a new adventure that led to him essentially creating HopCat and its crack fries.

“If I ever get a boat, I’m going to name it ‘Thank You Crack Fries,’” Boyd said.

The Sellerses had the finances and Boyd had the magic when it came to restaurants, and over the next decade “it went kind of crazy,” he said. BarFly, the parent company of HopCat, opened Stella’s Lounge next, then the Grand Rapids Brewing Co. and finally the East Lansing HopCat, which was met with 1,200 people on its opening night.

When he went back to work after Mackenzie died, it just wasn’t the same, Boyd said.

His wife, Kristal, who is a bartender and part-time teacher, reminded him that they always wanted to open their own place and maybe it was time to do it.

The Belgian-inspired theme for the Unicorn Tavern comes from the couple’s travels to Belgium and London over the past several years. They want it to not only influence the food and beverages, but also the culture at the corner of Colfax and Beechtree streets.

“(We enjoyed) the differences in food, restaurant culture, beer culture, drink culture, the whole bit – and I was really blown away by the way families enjoy a meal together over there versus here,” Boyd said. “Here, it’s almost an afterthought, like we’re trying to cram it into a schedule. You go into restaurants now and they’re forcing iPads on your kids so they can play games so that you don’t have to talk to them during a meal.”

The Belgian inspiration will definitely influence the ingredients list, which will be simple and familiar to customers. Some menu items to look forward to include mussels, Belgian fries, unique burgers and at least 18 beer taps. Boyd said they’ll have Michigan-canned draft beers, cider, mead and possibly even a glitter seltzer from a local brewery.

Three of the beers on tap will be locally made and each will go toward a different charity in Boyd’s “Pour it Forward” program. One tap will go to local elementary school parent-teacher organizations. One will go to special-needs programs, such as camps or training for teachers. Another will go to Grand Haven’s east end.

“We’re going to put the money right back into the community, just by selling beer,” Boyd said. “You buy a beer from us, one of our ‘Pour it Forward’ taps, a portion of that, we match it, the people that make it match it. It goes into a pot and, at the end of the month, we write some checks.”

Although the tavern will have a designated bar area, Boyd said he will encourage an atmosphere of responsible drinking, with rules posted such as the amount of alcohol patrons may consume.

“There’s a (group) out there called Better Drinking Culture, and we’re going to be the first Grand Haven – if not West Michigan – property to be a member of this group,” Boyd said. “It’s a three-drink maximum … and all that does is guarantee that when you order your third drink in one hour, we all know about it. There’s a plan to make sure that you’re not drinking six drinks in an hour and a half. We’re not going to actively pursue getting people wasted.”

However, Boyd said the limit won’t be strictly enforced; it’s more of an attitude, as well as a way for him and his staff to keep track and manage a customer’s alcohol consumption. The rules are meant to give customers an understanding of the expected attitude toward drinking, Boyd explained, and allow parents to feel comfortable grabbing a late-night bite with their kids knowing they won’t be walking into an inappropriate bar scene.

Boyd will even have a table designated for his kids to do homework on weekday afternoons.

“My kids are going to be in the building all the time, unlike other places where I couldn’t have the same job and be comfortable having my kids there,” he said. “Hopefully, my guests are going to (accept) that whole concept of inviting people into our life. I’ve got a hole in my family, so we’re trying to fill it with a community we’ve fallen in love with.”

Way to go Garry and Kristal! I look forward to celebrating your opening with you all. Maybe JoAnn will even be here then.