If you need to purchase a subscription.
You are the owner of this article.
Edit Article Add New Article
Home
Obituaries
Classifieds
Entertainment
Lifestyles
News
Police/Fire
Opinion
Sports
Photo Galleries
Share This
1 of 4 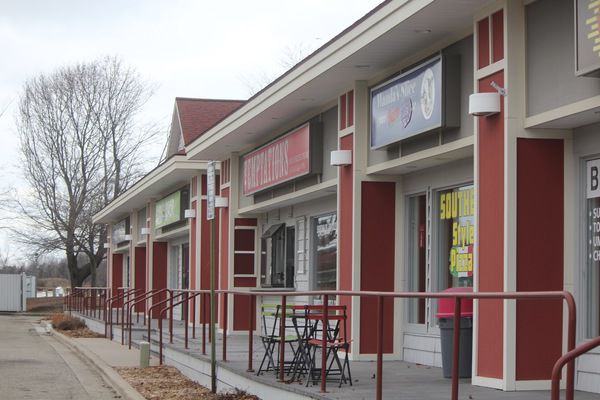 Grand Haven City Council members each noted the decision they made Monday was hard but, for the safety of the tenants and visitors, they decided buildings A and B of Chinook Pier will not be available for occupancy this year. 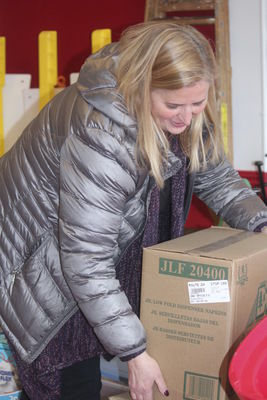 Temptations owner Kelly Larson stacks boxes of supplies at the business' longtime location at Chinook Pier's building A. Grand Haven City Council on Monday night directed city staff to negotiate a contract for Larson to move into one of three available spaces at the Grand Trunk Depot. 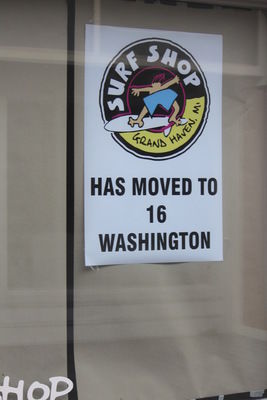 Signs like this one may be seen in a couple of windows at Chinook Pier, telling visitors that the business has either moved, like Surf Shop to 16 Washington Ave., or closed, such as Wet Mitten.

Dairy Creme owners Russell and Renee Roberts speak to Grand Haven City Council about what Chinook Pier means for them during Monday's meeting.

Grand Haven City Council members each noted the decision they made Monday was hard but, for the safety of the tenants and visitors, they decided buildings A and B of Chinook Pier will not be available for occupancy this year.

Temptations owner Kelly Larson stacks boxes of supplies at the business' longtime location at Chinook Pier's building A. Grand Haven City Council on Monday night directed city staff to negotiate a contract for Larson to move into one of three available spaces at the Grand Trunk Depot.

Signs like this one may be seen in a couple of windows at Chinook Pier, telling visitors that the business has either moved, like Surf Shop to 16 Washington Ave., or closed, such as Wet Mitten.

Dairy Creme owners Russell and Renee Roberts speak to Grand Haven City Council about what Chinook Pier means for them during Monday's meeting.

Many of the shops that have been located at Chinook Pier’s three buildings will not be returning to the same spots this year after air samples taken there have revealed high levels of mold in some areas.

Seats were filled with shop owners and their families at Grand Haven’s City Council meeting on Monday, as city officials discussed options for buildings A, B and C. Councilmembers approved not making buildings A and B available for occupancy this season, but they will look further into whether building C could be opened for operations this year.

“This is an unfortunate situation that has come up,” Mayor Bob Monetza said. “None of us would have liked to see it come out this way, and it wasn’t something that was easy to foresee.”

City staff was alerted to mold in the crawl space in one suite at the beginning of July 2019. Mold had formed following flooding issues this summer. In mid-July, staff was alerted to the mold possibly spreading and City Council approved more than $25,000 to Servpro Restoration Services for remediation.

According to a resolution in the meeting agenda, most of the budget used for the remediation of all three buildings was expended on one suite.

“Current estimates for remediation and restoration are very high – $1 million or more,” City Manager Pat McGinnis said. “We are working this week to verify estimates to present a rational recommendation to the City Council on Jan. 20.”

With buildings A and B not being available for occupancy, tenants are looking at alternatives, including relocating, like the Surf Shop, or closing their doors for good, such as the Wet Mitten.

“I had the business on the market to sell,” Wet Mitten owner Ben McNeil said Monday. “This makes my decision easy to go out of business instead of sell.”

McNeil thanked councilmembers and city staff for their transparency during this process and noted “life will go on.”

With Chinook Pier closing, Surf Shop owner Laura Girard and her husband, Chris, made the decision to permanently leave building B. Their business will be moving into the building at 16 Washington Ave.

“After meeting on Dec. 19, the city manager laid out three possible outcomes and they all centered around not being there for next season,” Chris Girard said. “If we weren’t on the first block of Washington, the shop wouldn’t be as viable.”

The Girards say they plan to have the shop open in early March, but because of the costs of working on the building to make it fit their needs, he doesn’t see returning to Chinook Pier if it is remediated or torn down and rebuilt.

An option available during Monday’s meeting for displaced tenants was to move into the Grand Trunk Depot, as three spots can be made available there.

In another motion at the meeting, council approved accepting proposals for tenants hoping to occupy portions of the Depot building. Council also approved a resolution directing city staff to negotiate a lease with Temptations owner Kelly Larson.

“You don’t ever want to see something you’ve built up for so long go away,” Larson said. “The allure of why I went there and why I fell in love with Chinook Pier is because it is Grand Haven. It’s that love of the waterfront and it’s the gateway to our city.”

Larson said she appreciates city staff and the council moving quickly to make decisions, giving shop owners time to decide their next moves before the start of their next season.

“We appreciate the cooperation and the information we’ve been given,” she said.

Now, Larson noted, the hard work begins. After a location is secured, she is going to have to go about getting the ice cream shop’s equipment to its temporary new home and, if not already in place, install walk-up windows.

“After last night’s decision, I’m optimistic about the opportunity,” she said Tuesday.

Councilmembers noted their concern about the addition of walk-up windows to the Depot building.

“I hope to maintain the historic feel of the building,” Larson said.

The Temptations owner said she hopes to return to Chinook Pier’s building A.

“I would encourage displaced tenants to keep in close touch with us to try and come up with ways to reoccupy space at or near our waterfront,” McGinnis said. “These are great small businesses that provide economic, social and civic value to Grand Haven.”

While more than a handful of shop owners are looking at possibly relocating, including Peace Frogs owner Kristin Favreau, others may be able to stay in place.

“We are told we will be removed from our buildings due to mold, but according to your report from FTC&H, they did not make any mention of mold being found in building C,” Russell said. “I hired the Environmental Resource Group to review the airborne sample results and they said, ‘Analysis of the air sample collected from within Dairy Creme space identifies several common types of mold spores regularly found outdoors, as well as indoors.’”

Russell told councilmembers that ERG did not consider the Dairy Creme site to be impacted by elevated levels of mold.

McGinnis said the mold found in the buildings is not unusual and can be found in different samplings, such as the airborne tests done at Chinook Pier. He also said there are no clear guidelines on how to handle the presence of mold, as people react differently to the various levels of exposure, mold spores and allergens in the air.

“There is a total spore count of 1,000 that has been the general rule of thumb,” McGinnis explained. “Anything below 1,000 probably isn’t a big concern. Anything above 1,000 is something you ought to be more concerned about. Building C is below that area of concern. The other two buildings are well above that, overall.”

At its next meeting Jan. 20, City Council plans to take a more in-depth look at the possibility of keeping building C open.

“I am extremely sympathetic to tenants – they have been important to Grand Haven,” Monetza said. “If we decide the buildings have to go, and we haven’t made that decision but it’s looking like it, we have to decide how to repurpose the site.”