Skip to main content
You are the owner of this article.
Edit Article Add New Article
You have permission to edit this article.
Edit
Home
Obituaries
Classifieds
Entertainment
Lifestyles
News
Police/Fire
Opinion
Sports
Photo Galleries
Share This
1 of 3 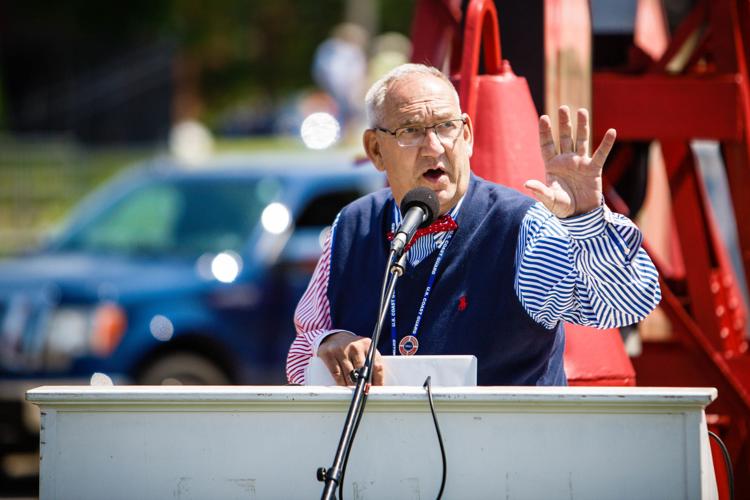 Mike Smith said he has retired from his role as executive director of the Grand Haven Coast Guard Festival after 17 years at the helm. 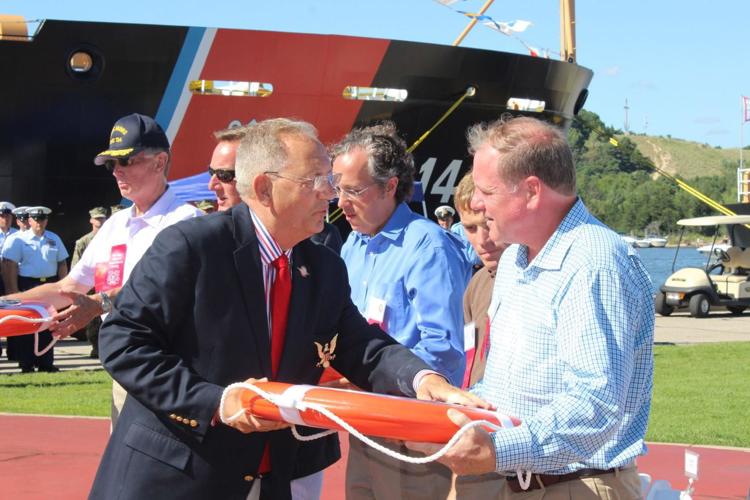 ABOVE: Mike Smith, left, makes a presentation at Grand Haven’s Escanaba Park during a previous Coast Guard Festival. RIGHT: Mike Smith speaks at the 2022 Walk of Coast Guard History ceremony on the steps of Grand Haven City Hall. Smith said the idea for the walk came from the Hollywood Walk of Fame. 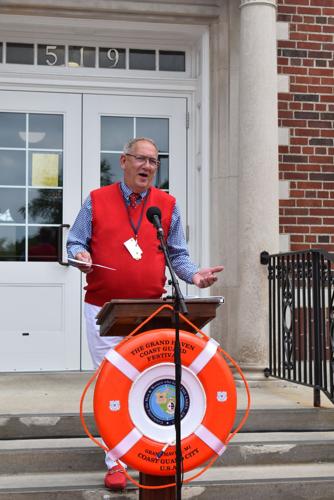 Mike Smith speaks at the 2022 Walk of Coast Guard History ceremony on the steps of Grand Haven City Hall. Smith said the idea for the walk came from the Hollywood Walk of Fame.

Mike Smith said he has retired from his role as executive director of the Grand Haven Coast Guard Festival after 17 years at the helm.

ABOVE: Mike Smith, left, makes a presentation at Grand Haven’s Escanaba Park during a previous Coast Guard Festival. RIGHT: Mike Smith speaks at the 2022 Walk of Coast Guard History ceremony on the steps of Grand Haven City Hall. Smith said the idea for the walk came from the Hollywood Walk of Fame.

During his time as executive director of the Grand Haven Coast Guard Festival, Mike Smith did his best to uphold the festival’s mission of honoring the men and women of the U.S. Coast Guard.

Now, after 17 years as the festival’s director, Smith has stepped down.

“To everything there is a season, and mine is coming up,” said Smith, 69. “I’ve thought about this for a while. I haven’t been in the greatest of health lately, and I want to be able to enjoy my family.

“I think it’s the perfect opportunity,” he continued. “… It’s time for someone that has a quicker step, a brighter smile and a sharper uniform to hop in and do this.”

Smith has embodied the festival for nearly two decades – showing up at each and every event, greeting the crews as ships come into port, and putting his patriotism on display for all to see with his festive attire.

“I grew up in the Coast Guard, through the academy, as a career, and I was serving in this position with people I knew, people I had connections with, people I had a relationship with,” Smith said. “Now, that group has all retired. It’s time for a person that has their own connecting pieces, who can bring a new vision – or at least an enlightened one – to Grand Haven for the men and women of the Coast Guard.”

Smith took over as festival director in 2006 after Roger Jonas had occupied the job for three years. Prior to returning to the Tri-Cities, Smith was working in Hollywood, California, where he spent time serving at rescue missions.

“I would be helping homeless people during the day, and at night I was invited to Oscar parties,” he said.

It was his time in Hollywood that gave Smith the inspiration for the “Coast Guard City, USA” sign atop Dewey Hill. He’s also proud of starting the Coast Guard Walk of History event.

The executive director of the festival serves the Grand Haven Coast Guard Festival Committee, which is currently chaired by Sharon Behm.

“This community has been so very fortunate to have him as director of the Coast Guard Festival,” Behm said. “Mike has always been so embedded in the Grand Haven community, and also, he’s retired Coast Guard, so he mirrors those two together. He’s very comfortable around the Coast Guard.

“Those are big shoes to fill, but he’s ready,” she added. “I don’t know if we’ll ever totally be ready, but I’m excited for Mike to get to spend more time with all his kids and grandkids. It’s a huge sadness, because I truly do enjoy working with him.”

A “help wanted” ad to hire a new director is currently live on indeed.com; the director’s position is a year-round, full-time job. One does not need to have been a member of the Coast Guard to qualify for the job.

In part, the job description reads: “The Executive Director (ED) will serve as the chief administrator of the GHCGF and is entrusted with the fulfillment of the mission of the organization, ‘to honor the men and women of the United States Coast Guard.’ The ED must be able to translate broad vision and plans into specific objectives oriented toward results. This position will provide leadership and implement policies and programs to carry out the work of the organization, working in collaboration with the Board of Directors and staff.”

“Just in case there is someone who’s going to be retiring soon, or recently retired, and may be interested in relocating here, or maybe they’re already here who’s retired Coast Guard who’s interested in the position,” she said. “We’re running the ads for three weeks and we’ll see from there.”

“We look at our mission of honoring the men and women of the Coast Guard not just with praise, but what can we do to help them,” Smith explained. “When they move to town, we give them gift cards. A Coast Guard woman recently lost her husband, and we cut a check for her. At Christmas, we give $100 to each service member stationed here, and there are 81 at the station, the sector and the aids-to-navigation team.

“On top of that, we do big gifts for their families and individual gifts for each of their children,” he added.

Smith said he’s also strived to show the people of Grand Haven that there’s more to the Coast Guard than what we see here along the Lakeshore.

“I try to expose people to the Coast Guard outside of Grand Haven,” he said. “When we go to Washington, D.C., for a change of command, or we go to a Coast Guard Academy graduation in New London, or a small station in Atlantic City, or we go to Cape May, then the people here, the business leaders and the civic leaders, get a chance to see, ‘Oh, this is how it all goes together.’ Those duties, those assignments, are very, very different than being here.”

Thanks for everything you have done for this community, Commander Smith! Whoever steps in has huge shoes to fill. All the best you too in retirement! -Reid W.

Mike has been a tremendous force in our community who has taken the Festival to new heights. He has left very big shoes to fill. He deserves more time with his family. Fair winds and following seas, my friend.

Mike Smith has been a great leader of the Coast Guard Festival! He and his wife, Cathy, have contributed immensely to our community.

What is your favorite decade of music?