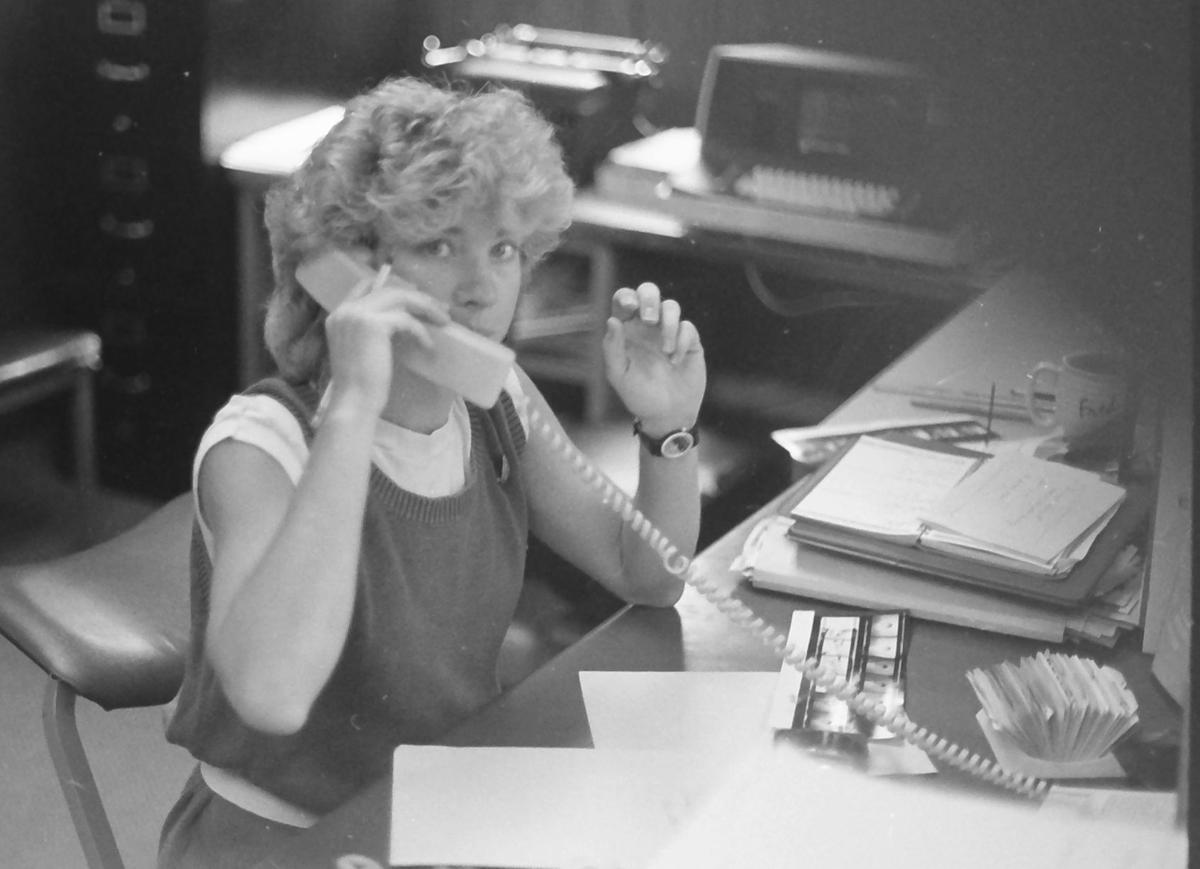 Yes. That’s me, Becky (Allen) Vargo, using a landline in this photo at my desk at the Grand Haven Tribune in the 1980s. 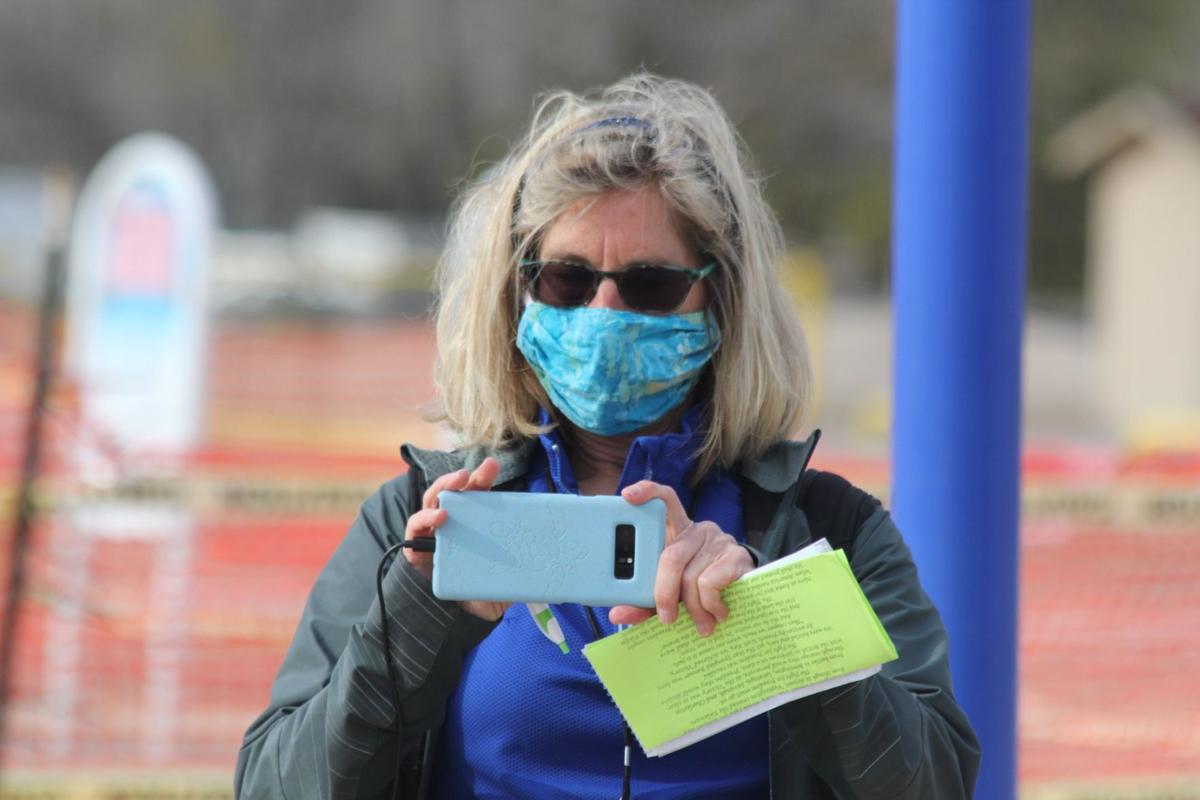 A cellphone, notepad and a face mask were my main tools covering events during the COVID-19 pandemic, such as a protest at the Grand Haven State Park in May 2020. 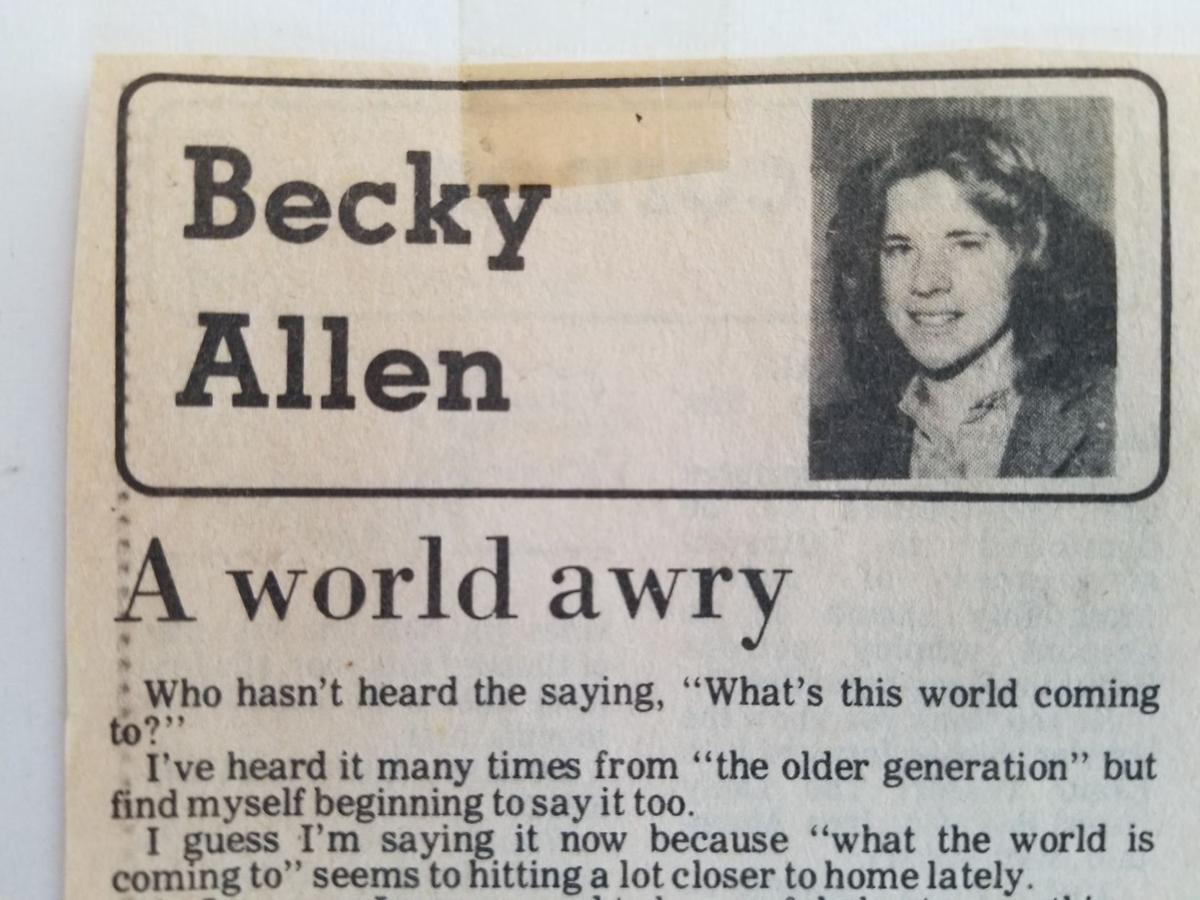 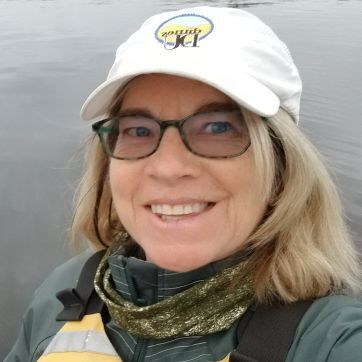 Yes. That’s me, Becky (Allen) Vargo, using a landline in this photo at my desk at the Grand Haven Tribune in the 1980s.

A cellphone, notepad and a face mask were my main tools covering events during the COVID-19 pandemic, such as a protest at the Grand Haven State Park in May 2020.

Today is my last day as a full-time reporter at the Grand Haven Tribune.

I am retiring, although I hope to keep writing some stories about people in our community and things going on in our area.

I want to thank all of you out there who have helped me along the way – whether it has been as a teacher, an editor, a co-worker, someone who has given me story ideas and the subjects of my stories.

My friends and family who have been my biggest supporters along the way – I love you!

I apologize to the people whose stories never got written, or could not be fully told. There are still so many stories out there and still a strong need to tell the stories that hold people accountable.

It’s been a long road to this point. My journalism career started with the editing of a newsletter in elementary school; being co-editor of my high school newspaper (Go Ionia Bulldogs!); and editor of my college newspaper, the North Wind at Northern Michigan University. That’s where the North Wind advisor, Gerald Waite, patiently “encouraged” me to write editorials. To this day, I still don’t like writing editorials.

I did internships at the Ionia Sentinel Standard and the Marquette Mining Journal. I was still in college when I started my first “real” job at the Iron Mountain Daily News – as the “Living” editor, of all things. That’s when newspapers still printed wedding announcements for free that included not only a description of the bride’s dress, but also descriptions of the bridesmaid dresses and often the mother and mother-in-law dresses.

I remember what a struggle it was to convince my editor, and more so the women of the community, that their first names should be in articles – that they shouldn’t be identified just by their husband’s name.

While in Iron Mountain, our photographer, the late Dick Ferris, told me to wear my glasses when I was taking photos and to get close. Always get close.

In the mid 1980s, I started my first stint as police reporter at the Grand Haven Tribune. Former Sports Editor Dave Forsberg, who was also sports editor at the North Wind, helped pave my way back downstate.

When I complained to then-Managing Editor Fred VandenBrand about the starting salary, he reminded me that I was there because I loved the area and not because it was a high-paying job. He occasionally took pity on me and allowed me to leave early on Fridays here and there during the summer so I could take my sailboard out on Lake Michigan.

There was no training my first day on the job. It was straight out to do assignments, which included an interview of the owner of the newly opened Chan’s Restaurant in Spring Lake. That’s where Fuel Restaurant is now.

I got a lot of enjoyment and consternation from the competitive but friendly association with my cohort at the Muskegon Chronicle, Terry Judd. It always amazed me how two people could stand near each other at the same event and come up with almost totally different stories, albeit the basic facts were always the same.

I stepped away from the Tribune for a few years while I worked at the Ypsilanti Press and then at Baseview Products, a company in Ann Arbor that created software for newspapers. Being a police reporter in Ypsilanti was an eye-opening experience after the much quieter towns of Iron Mountain and Grand Haven.

Following the birth of my daughter, Erin, it was back to Grand Haven again and, after a short pause, I was police reporter, again, at the Grand Haven Tribune. That was in 1996.

I’ve been here ever since.

There was a period when I was news editor and a short job as interim managing editor. Once the internet became a thing, the newspaper industry started to take a slide backward, and the restructuring started as the industry tried to cut costs.

Fortunately, I’ve maintained my job over the years, although it did mean going back to being the police reporter.

And fortunately, I’ve always loved what I do.

The windstorm of 1998 will always stand out in my mind as one of the biggest stories (more than a week’s worth) I ever covered. Most people in our area lost power for days after the straight-line winds swept through the area early on the Sunday morning of Memorial Day weekend.

Just three years later, we rushed to our television set and watched in horror the terrorist attacks of Sept. 11, 2001. We had just wrapped up the paper for the day, but it was definitely a “stop the press” moment as we all jumped into action and completely rewrote the front page.

There were major fires and crashes, some of which our coverage caused a lot of conflict in the community. Then there was the 2020 presidential election, COVID-19 and the continued aftermath of both.

Fortunately, I was able to do my share of “good feeling” stories to keep my balance.

Thank you again for supporting me as well as your local news agencies. The professional news organizations need to be kept around to be watchdogs and provide a system of checks and balances on our government and other organizations.

Glad you made it to the finish line..Congratulations. The Tribune is a sad shadow of it’s former self. It was a great small town paper in its day but now mostly an opinion tag. Onward