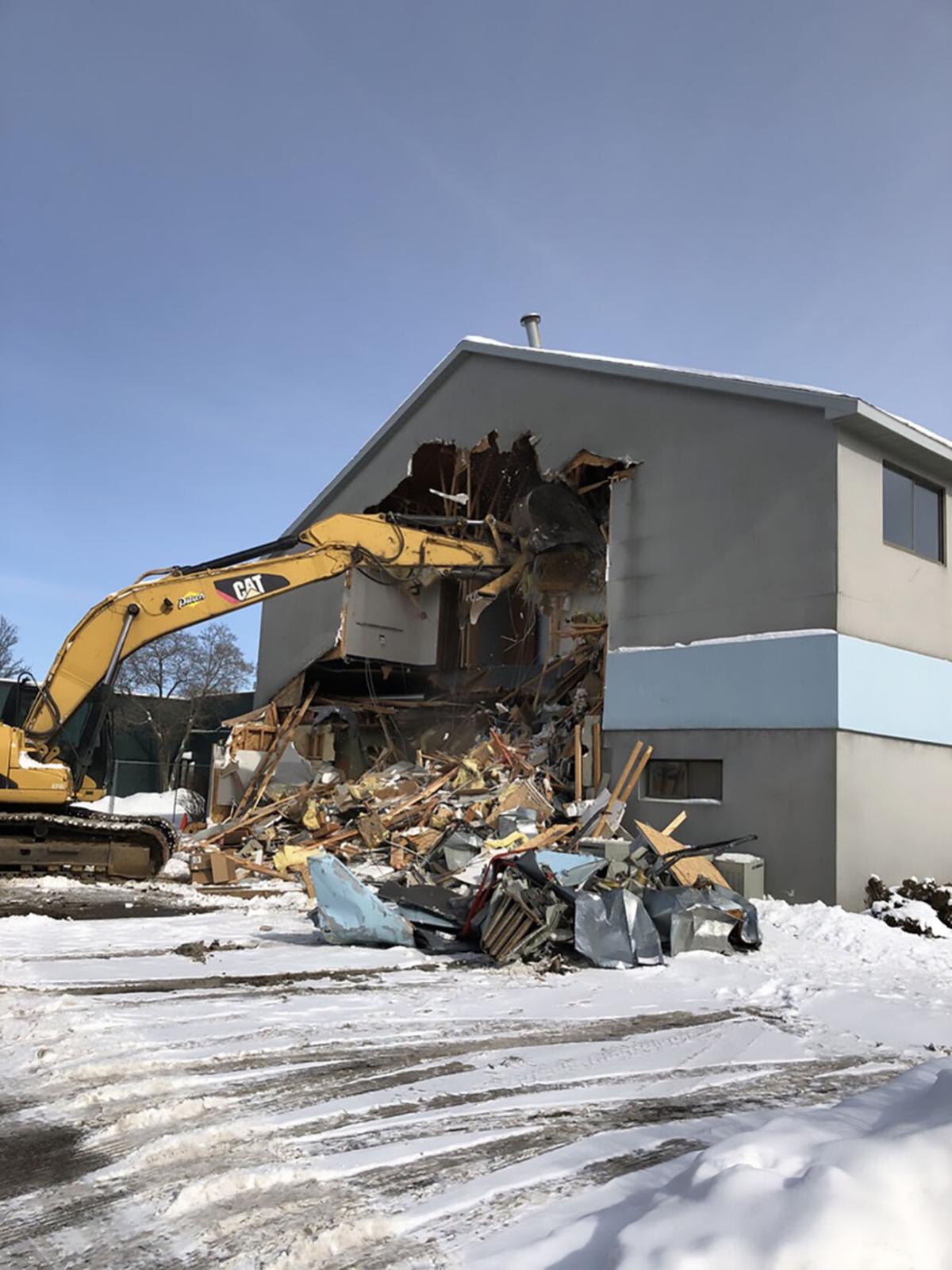 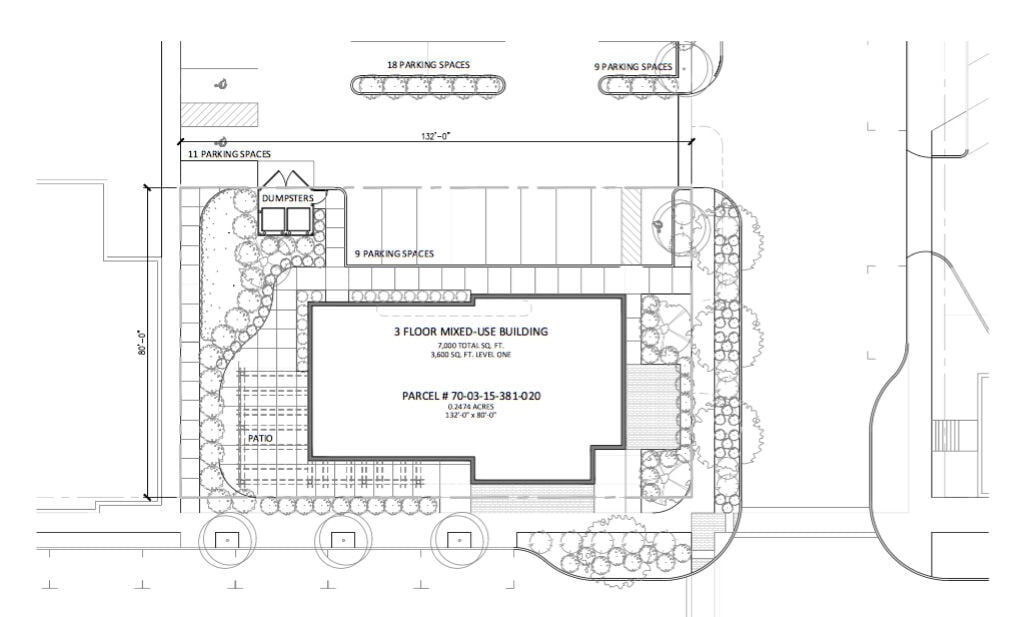 This preliminary drawing shows a proposed development for the corner of Jackson and Exchange streets in the village.

The corner of Jackson and Exchange streets is the area that is part of the property swap. The developer has proposed constructing a three-story office and retail building on the site. 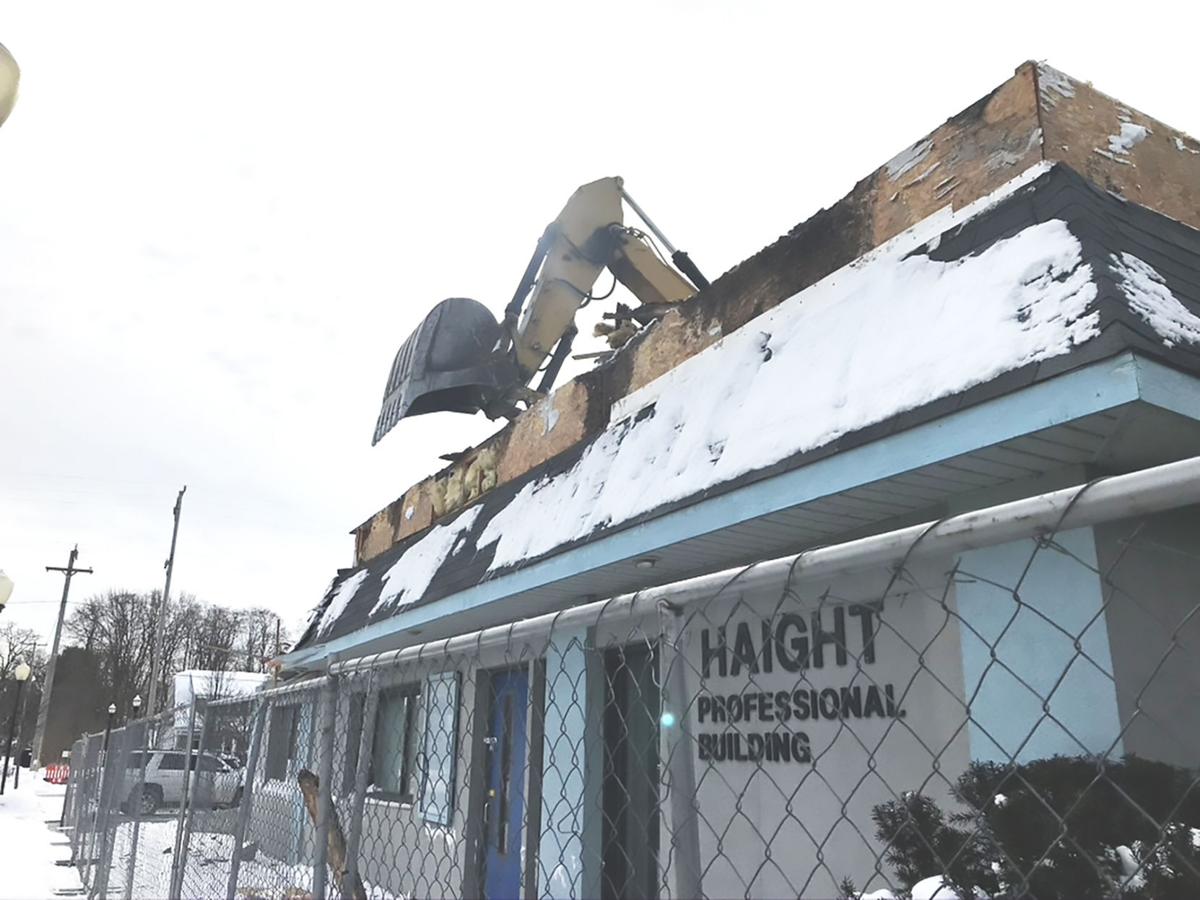 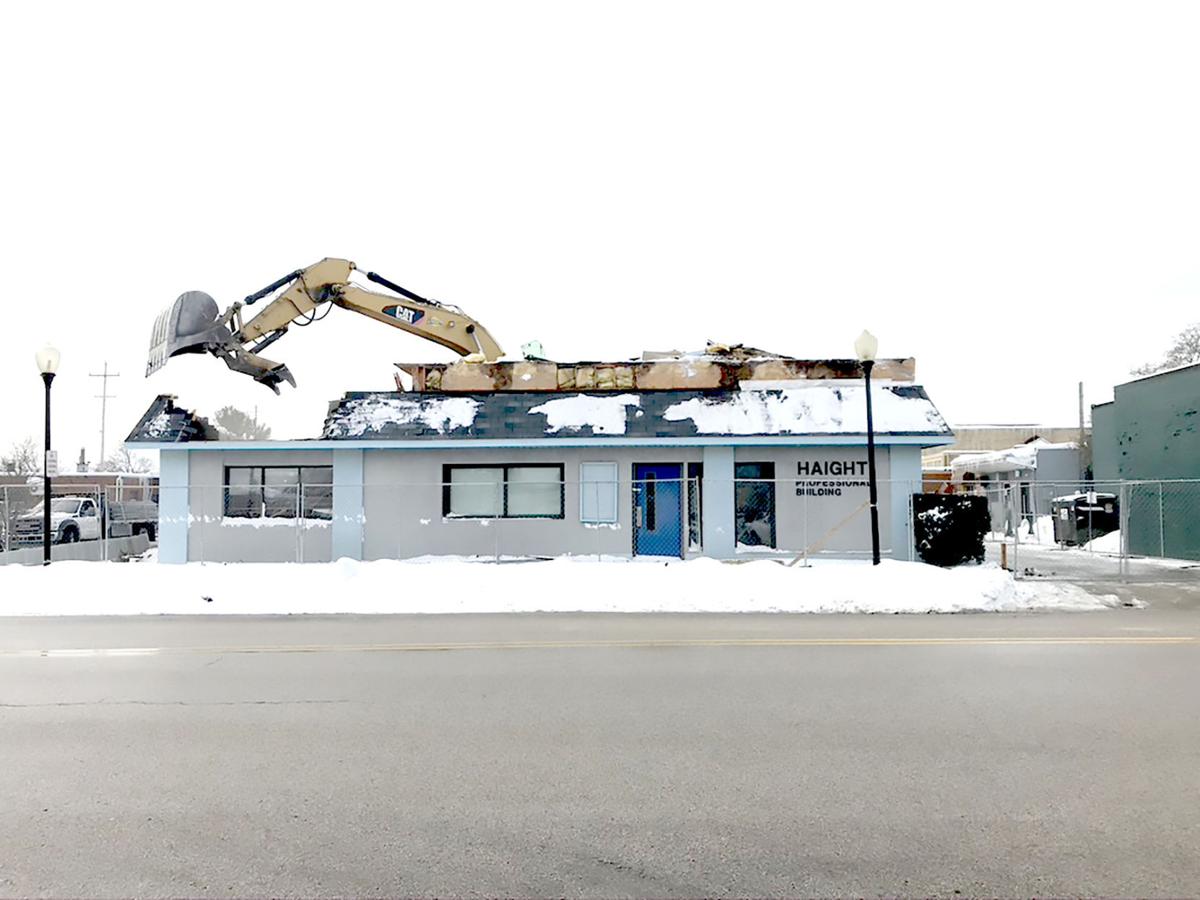 This preliminary drawing shows a proposed development for the corner of Jackson and Exchange streets in the village.

The corner of Jackson and Exchange streets is the area that is part of the property swap. The developer has proposed constructing a three-story office and retail building on the site.

The Spring Lake Village Council last week agreed to the terms of a property swap that allowed for the demolition of a former downtown office building.

The swap with American Repair Maintenance will transfer the building site it owns to the village in exchange for the parking area at the northwest corner of Jackson and Exchange streets. A.R.M. is owned by Brandon Brown and Eric Wolff, and they plan to build a three-story retail and office building with outdoor dining on the corner site.

Village Manager Chris Burns said the next step is for the village attorney to draft the documents for signature, probably sometime next month.

A.R.M. will also have architectural drawings made to submit to the village’s Planning Commission for approval.

“They are working on those now,” Burns said.

A.R.M. purchased the property from the village for $110,000 with plans to rehabilitate the building and use it as office space. The company eventually agreed to tear it down, grade the property and pave it for parking.

In return, the village will give A.R.M. the approximately 10,000-square-foot parking area adjacent to the post office property.

Burns said no money is being exchanged in this swap and confirmed that the village would lose a few parking spots. The village’s Downtown Development Authority contracted last fall for a parking study, which determined “that we do not have a parking problem,” she said.

The study suggested the village erect better way-finding signs to the existing parking areas, which Burns said are all within walking distance of downtown Spring Lake.