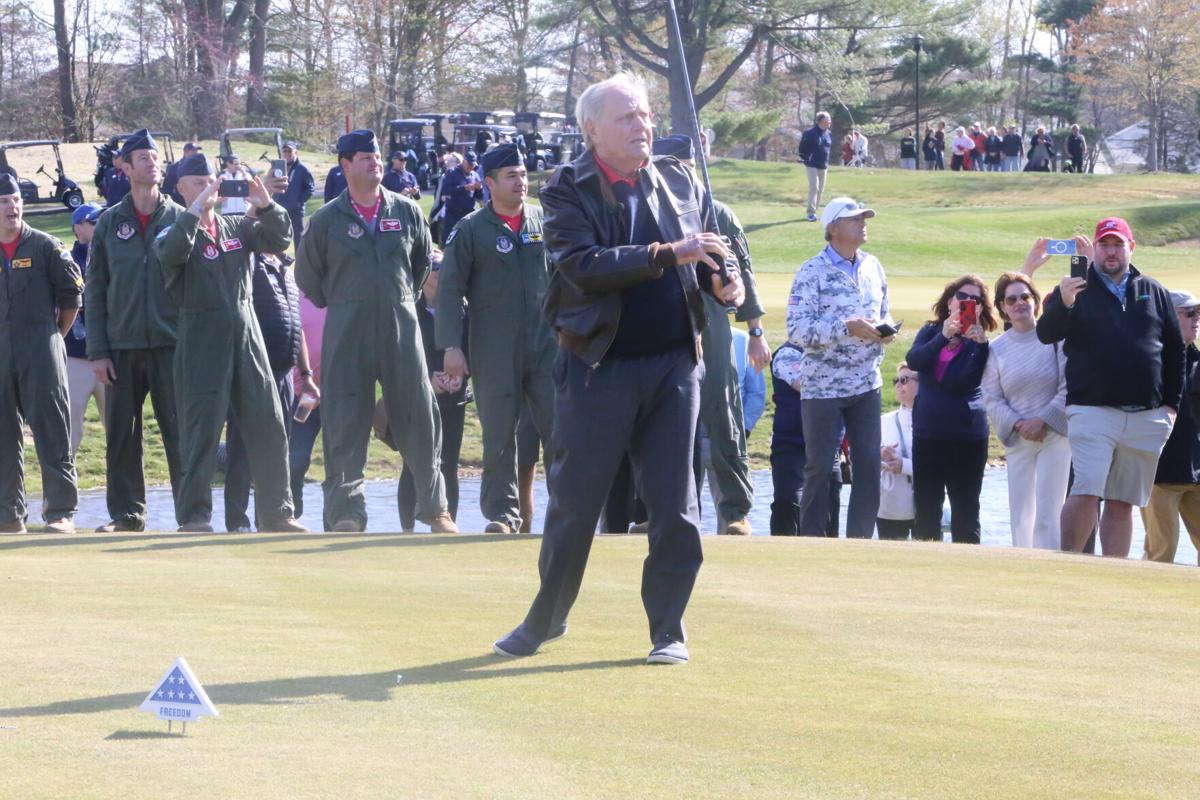 Jack Nicklaus watches his ceremonial tee shot from the 10th tee at American Dunes Golf Club in Grand Haven. The course was officially opened to the public on Sunday morning. 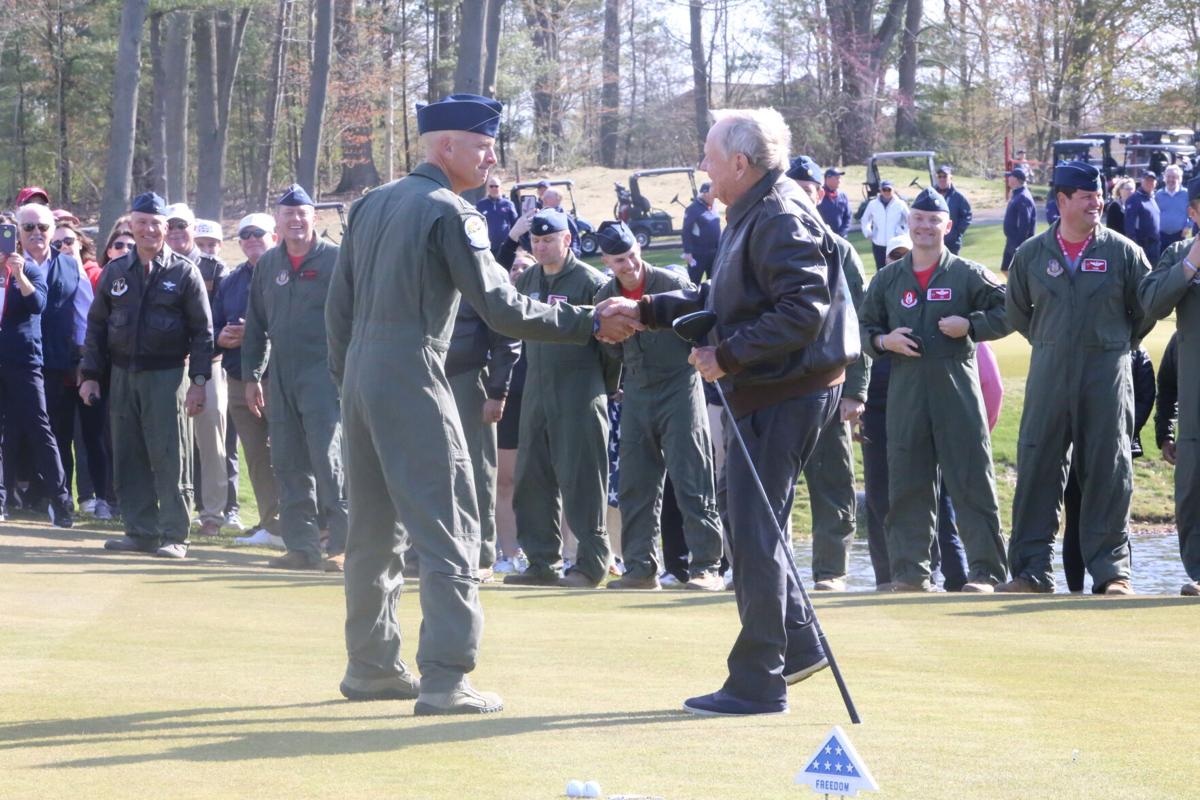 Jack Nicklaus watches his ceremonial tee shot from the 10th tee at American Dunes Golf Club in Grand Haven. The course was officially opened to the public on Sunday morning.

GRAND HAVEN TWP. — American Dunes Golf Club and its sprint to the finish line is finally over.

"We've had a lot of special moments," Lt. Col Dan Rooney, the course's owner said. "Everyone here to wrap their arms around the idea of American Dunes and this memorial, this is one of the most special moments in my life."

An opening ceremony was highlighted by the official unveiling of the course's Folds of Honor Memorial Wall, which was under wraps until Sunday's opening. The 8-foot walls hold plaques honoring soldiers killed in action. Rooney also founded and is the CEO of local nonprofit Folds of Honor, which had its first fundraiser at the former Grand Haven Golf Club in 2006.

The new course is a major renovation, swapping trees for an open concept with natural dunes the focal point. While reception from golf publications has been favorable, Monday will be a chance for members of the public to play the course and give their feedback.

"I'm so excited to watch the impact this will have on our community," Rooney said. "The world is going to discover this place, and it's very rare to have a great golf course in such a wonderful community."

Opening festivities were marked with a handful of unique attractions, including the Clydsdale horses associated with Budweiser, a frequent donor to Folds of Honor. A handful of scholarship recipients and their families were also in attendance.

Both Nicklaus and Rooney gave remarks before the 18-time major golf champion teed up one last ceremonial drive off the 10th tee.

"We've always respected and loved those in the military that have served and given their lives," Nicklaus said. "For us to be involved here, in such an important projects, it's very, very special to my wife Barbara and myself."

Rooney noted that the course is creeping up on 11,000 tee times booked for this year, and general manager Doug Bell also noted that weekends are busy for the upcoming months with weekday rounds still available.

Rates are $150 for 18 holes, with discounts available to active servicemen and veterans – that will drop to $100 for the month of October. Any profits the course makes will be donated to Folds of Honor.

"People are going to come because they've heard of the course," Bell said. "But they'll walk through here and get that this isn't just about the golf."

The finishing touches were only recently placed on the renovated clubhouse, which features an updated pro shop and new bar area. There are also plans for on-site accommodations to open in summer 2022.

"Saturday night, we were hearing stories from people around the bar, and there are such personal stories from these military families," Nicklaus said. "Those are real stories, no fabrications. That's something I'll remember for the rest of my life."

Previous plans had slated American Dunes to open around the Fourth of July in 2020 before the COVID-19 pandemic delayed construction early last year. The course was playable in late September 2020, but starting on Monday, May 3, the public will get a chance to take their swings.

"This is where Folds of Honor started, it's the birthplace," Rooney said. "I'm prayerful that this will have a positive impact on Grand Haven. Hopefully, the people here embrace the course, because we love it here."

Sights from the grand opening of American Dunes Golf Club