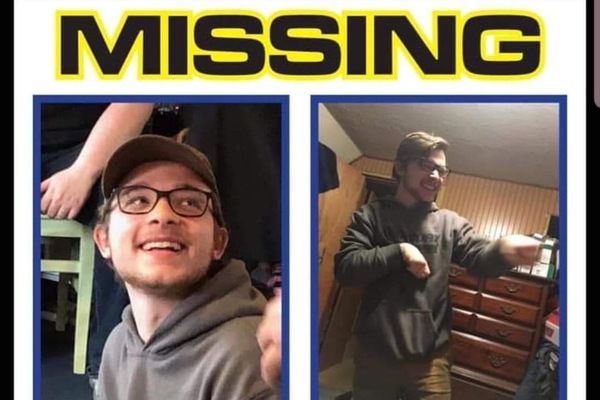 Hunter Klompstra is shown in these two photos. The 18-year-old Coopersville man has been missing since attending a New Years Eve party in the 6100 block of Leonard Road. 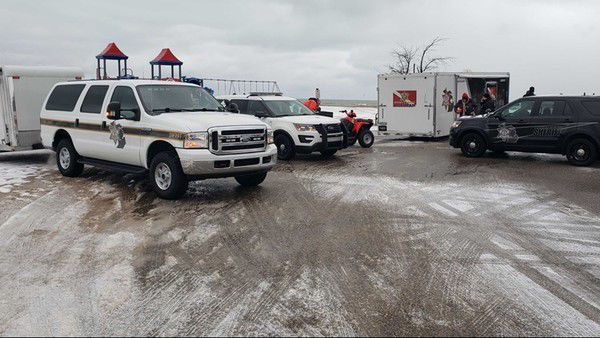 Crews gathered at Holland State Park to continue a water search for a teenager missing since a wave swept her off the Holland Pier on New Years Day.

Hunter Klompstra is shown in these two photos. The 18-year-old Coopersville man has been missing since attending a New Years Eve party in the 6100 block of Leonard Road.

Crews gathered at Holland State Park to continue a water search for a teenager missing since a wave swept her off the Holland Pier on New Years Day.

Searches for two persons missing in separate incidents in Ottawa County are continuing, according to Capt. Mark Bennett of the Ottawa County Sheriff’s Office.

Sixteen-year-old Eliza Trainer, a resident from the Flint area, has been missing since a wave swept her off the Holland pier into Lake Michigan at around 11:30 p.m. on New Year’s Day.

Hunter Klompstra, 18, has been missing since early Wednesday, Jan. 1, after leaving a New Years Eve party at a home in the 6100 block of Leonard Street in Polkton Township. The house is located near the Grand River.

Crews from Ottawa, Allegan and Kent counties, along with Michigan State Police were back at Lake Michigan on Monday with plans to continue the search for Trainer’s body.

Plans were to search around the Holland pier in the lake and in the channel.

However weather conditions did not cooperate and the search was again called off at 11 a.m.

Gale force winds and waves of 10 feet caused divers to call off the search as well on Jan. 5.

A GoFundMe was started by family friends to raise money for Trainer’s funeral. As of Monday morning, more than $15,000 was raised.

On Friday, the Ottawa County Sheriff dive team along with officers from the Michigan State Police searched the Grand River area near Eastmanville for Klompstra, but did not locate him.

Those efforts will continue.

On Tuesday at 2:30 p.m., Klompstra’s family and friends have planned a search party starting at 5363 Mill Road, Coopersville.

Family members confirmed that Klompstra's glasses were found outside the party home near an air conditioning unit.

A GoFundMe page, GoFundMe: Missing Hunter Klompstra, has also been established to help relieve stress on family members who are missing work to conduct the search.

WZZM-TV contributed to this story.