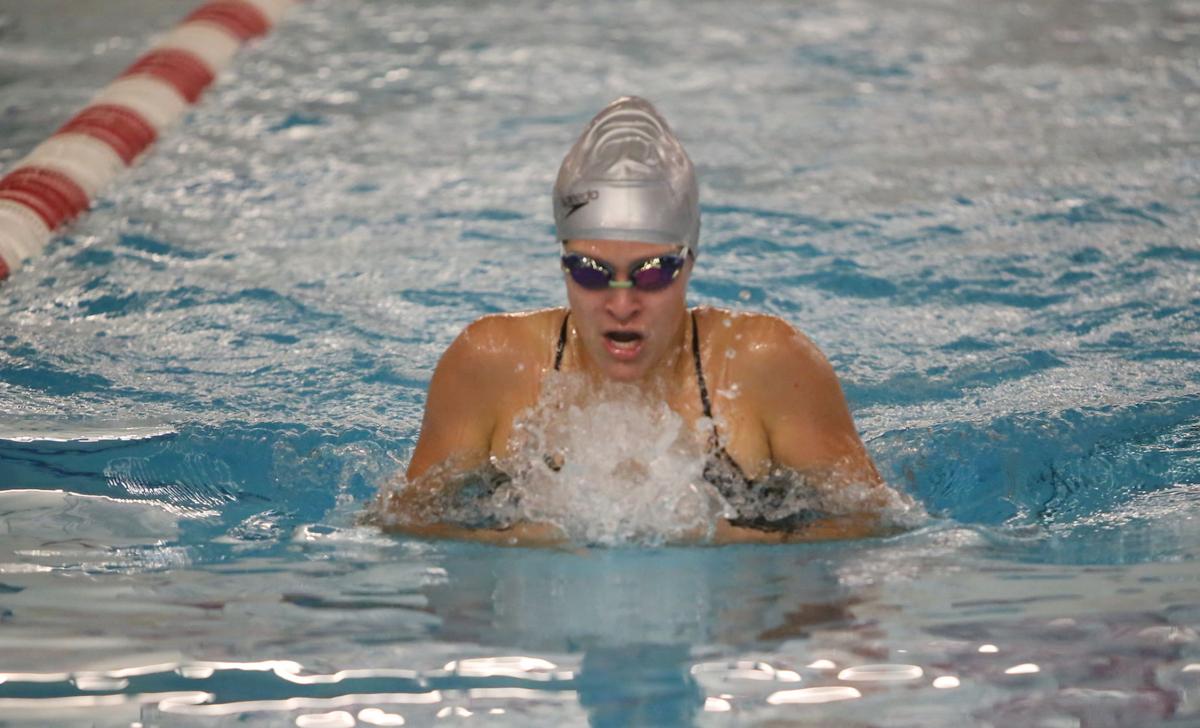 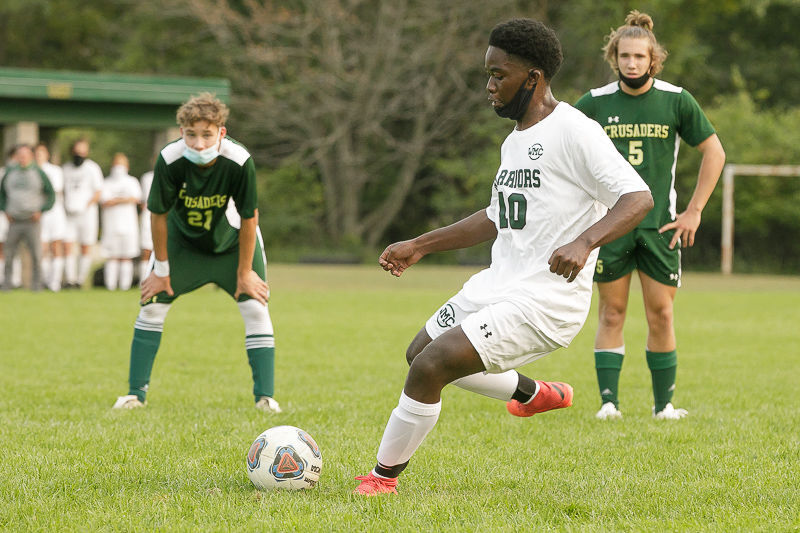 SPRING LAKE TWP. — One of the fall sports hurt most by the state’s COVID-19 constrictions was the girls swim and dive season. Indoor facilities such as the pools at Grand Haven and Spring Lake were closed, forcing teams to get creative.

Thanks to some help from Spring Lake Country Club’s outdoor pool, the Spring Lake swim team was back in the water in August, but practices were clipped down to 45 minutes. After a successful home invitational last weekend, they’re just glad to be back at home as their season gets underway.

“It’s the only sense of normal we’re able to have right now,” Laker senior Sara Strauss said. “It’s really refreshing being able to race and better your times, it’s really great to be back.”

Spring Lake hosted a Muskegon co-op team on Tuesday night, made up of swimmers from Mona Shores, Reeths-Puffer, North Muskegon, Muskegon Catholic Central and Western Michigan Christian. With both teams adjusting to training in their home pools again, it was Muskegon who took home the 104-82 victory.

“We’re doing well given we were outside for a month and a half,” senior Eliza Hulverson said. “We have a lot of strong freshmen and sophomores, it’s a big group of freshmen.”

Leila Kahler was Spring Lake’s other event winner on the night, as her 1:06.15 in the 100-yard backstroke won by a little over three seconds. The Lakers were competitive throughout the rest of the meet, taking plenty of second and third-place finishes.

The Lakers won’t have another meet until next Tuesday, when they host Grand Rapids Catholic Central at 6:30 p.m.

Scores and more from the rest of Tuesday night’s action:

Swim and dive: Grand Haven hosted Holland Christian and Wayland on Tuesday in a tri-meet. The Bucs’ 252 points left them ahead of both the Maroons (217) and Wildcats (83) for an event win.

The Bucs will be back in action next Thursday when they host Caledonia at 6 p.m.

The boys team took the top six places, as Cole Rowden’s 17:07 was the top spot. Christian Colvin was next at 17:12, Jon Tysman took third a second later and Nolan Clark just behind Tysman in fourth. Ben Pease’s 18:06 was his best race of the early season.

“Our guys took control of the meet immediately today and kept up the pace throughout the race,” coach John Tarr said. “Cole Rowden ran a great race and seems to have his confidence back.”

The girls had to battle a little more for their win, but a 1-2 finish for Ava Buitenhuis and Payton Hosley got the job done for the Bucs. Buitenhuis won the race in 20:16, with Hosley just behind at 20:22. Senior Eliza Taylor’s season-best time of 20:58 was good for fourth.

“On paper this race could have gone either way, but these girls showed up and ran hard,” coach Scott Przystas said. “As a coach I couldn’t be more proud of where we are at with a month to go in our dual meet season.”

After three races in six days, the Bucs will try to recover before hosting Caledonia on Saturday. Races will start at 9 a.m.

Boys soccer: The Bucs lost 2-1 at Jenison on Tuesday night, as Joey Fischer scored a tying goal in the first half before the Wildcats scored the game-winner five minutes into the second half.

Turner Oosterbaan and Ryan Heck delivered strong performances in the midfield for the Bucs, who are 0-1-1 in the early stages of their season. They host Caledonia on Thursday night, with a 7:15 p.m. start time.

Volleyball: Fruitport lost their match to Hamilton on Tuesday night, falling to the Bulldogs 29-27, 26-24, 25-19. Sydney Woods led the team with eight kills, while Sarah Zielinski had 17 digs and Jenna VanderVelde had 17 assists.

“Brandon’s energy and focus were really important, especially in coming out strong in the second half and beginning to put this game away,” WMC coach Ben Buursma said. “It’s always tough to play the first away game of a season, and I was happy to see the positive adjustment after halftime.”

Not seeing your team’s scores? Encourage coaches to contact the Tribune sports desk by emailing kturk@grandhaventribune.com.

Which presidential candidate are you voting for?