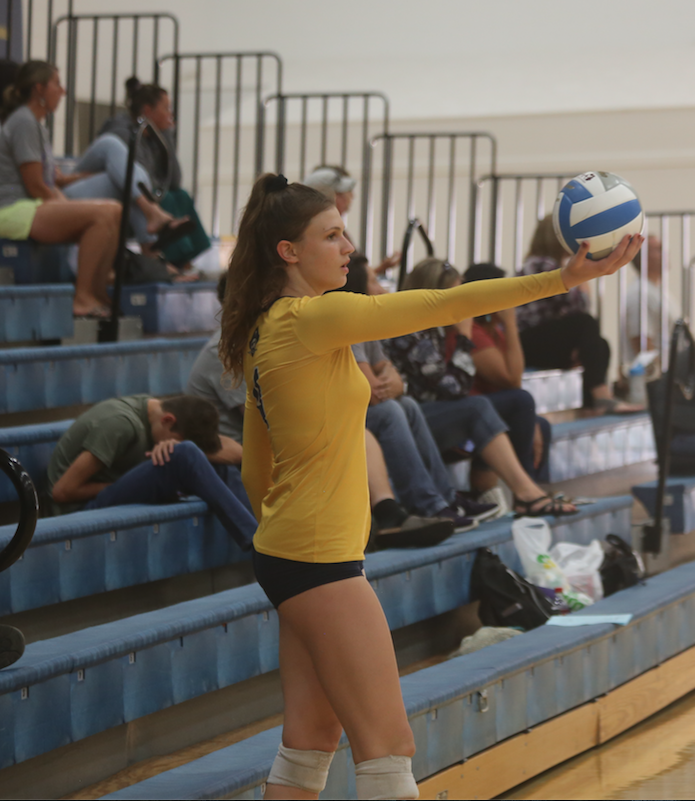 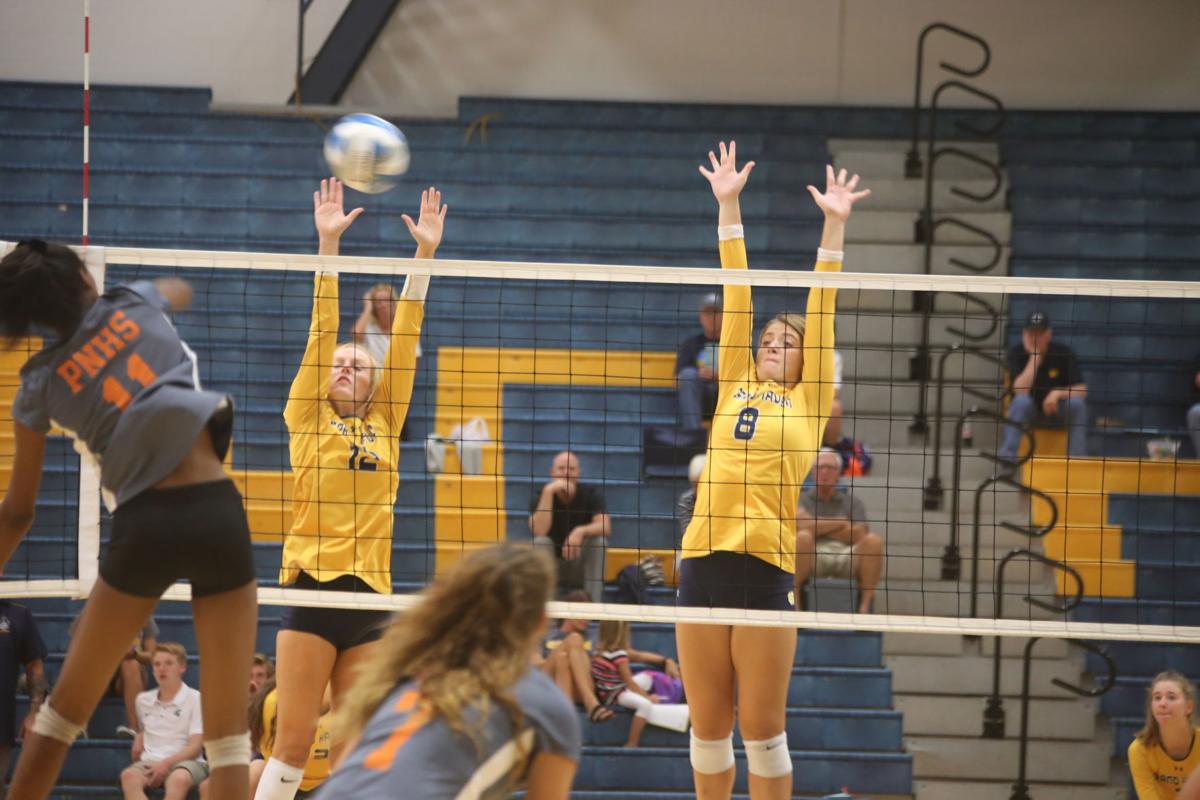 The Bucs took on Battle Creek Lakeview in their first match of pool play. Grand Haven off to a commanding lead in set one scoring the first five points, dominating play at the net early. Senior Ashley Slater put her stamp on the game early, with several kills to start off the day

Battle Creek Lakeview took advantage of Grand Haven’s aggression around the net and used finesse to keep them off guard and score some points, but despite their efforts to battle back Grand Haven took the first set 25-17.

Set one was much more back and forth than the first but after the score was 12-11 Grand Haven began to pull away. Won the second set 25-16 and secured their first victory in the tournament.

In game two of pool play, the Buccaneers faced off with Portage Northern. Grand Haven started slow until Slater began to serve and scored five straight aces to put her team back on top. The team scored 11 straight points on Slater’s serve. Portage Northern would battle back to make it a two point game in set 1, but Grand Haven would sweat out a win with a score of 25-22

The Buccaneers went on a run lead by Samantha Boeve’s serving to extend the lead early in their second set. They won the match after taking the second set 25-17. They moved on to play Jenison in the final match of pool play.

Grand Haven was in command early holding a convincing lead that Jenison worked to erase by capitalizing on mental mistakes the Buccaneers made during the first set. The game went back and forth for the rest of the set with Jenison tying it up at 22. The team were tied at 24-24 when Ashley Slater scored on a huge kill to take the one point advantage. On the next serve, Grand Haven scored an ace and won the set 26-24.

The second set, just like the first set was tied at 24-24. Grand Haven called a timeout as Jenison tied it up. The Buccaneers responded with a Slater kill to take a one point lead. A kill by Sarah Knoll secured a third straight victory in pool play as they won 26-24.

In the semi finals round of bracket play the team took in Forest Hills Central.

Junior Mackenzie Gross stepped up in a big way early in the semi finals match. She was strong up front for Grand Haven finishing several points with kills. Slater went on to score the final point of a tight set one with a final score of 25-23.

Set two was tied 15-15 when Grand Haven called a timeout. From there, the scored moved to 17-17 and after that the Buccaneers scored eight out of the next ten points and punch their ticket to the finals.

Coach Aaron Smaka talked about what happened in the match against Mattawan.

"We played them tough for the first 20 points in both cases. Then they just made more plays at the end of the match than we did," Smaka said. "Our ball control fell apart a little at the end of each match and in the second set we missed six serves."

The big performers for the day were Slater, Gross and Boeve. Slater led the team in aces and kills with 12 and 51. Gross was second in kills with 38 and also added an ace of her own. Boeve had four aces and led the team with 108 of their 126 assists during the tournament.

"Mackenzie(Gross) stepped up huge tonight and so did Sarah Knoll. Sarah, we move her all over the place and ask her to do so many things for us. She will do anything we ask her to do,' Smaka said. "Reilly (Swierbut) wasn't feeling well tonight and she gutted it out, so Reece (Redder) had to come in and play Libero for us for one game."

The Buccaneers now have their sights set on Friday. When they host the battle on the boardwalk. Smaka talked about his teams familiarity with the settings of Friday's tournament.

"We have so many kids in our program that regularly play beach volleyball. So, it's not that big of an adjustment for them to go out there and play in those settings because they do it a lot in the summer," Smaka said.