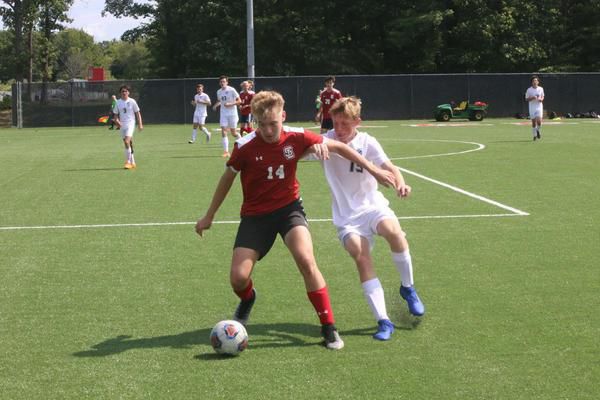 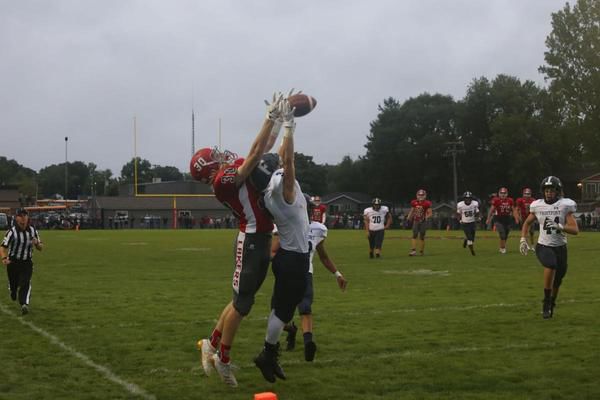 With most of the area’s prep teams earning a deserved day off on Monday, it’s time to take a look at which games could carry the most intrigue this week. A pair of soccer teams that are off to hot starts meet up as well as the start of Grand Haven’s series of Bucs Pride games highlight this week’s slate:

Both teams are in positions of strength to start off the season, Grand Haven picking up tough draws at home with Caledonia and East Kentwood while Spring Lake has been unbeaten since their opening loss in mid-August. While this match doesn’t have stakes from a postseason standpoint, there will be plenty of quality on show.

Seniors Jaden King of Grand Haven and Malachi Mulder of Spring Lake have been the standouts for each team to this point, but both teams utilize a balanced attack that have featured some bright underclassmen that have the potential to be major pieces down the stretch of the regular season.

As for a prediction? With the amount of talent on the field, I would expect a couple of goals for each team, but I’ll stay conservative and predict a 2-2 draw. Both teams should be using the match for positive momentum heading back into conference play.

After some positive performances without the results to match, Spring Lake volleyball will turn around from a home match on Tuesday to host Ludington and Oakridge on Thursday night. Head coach Cassidy Hazekamp has been happy with how the team has played despite a winless showing at the Battle on the Boardwalk two weeks ago.

A recent semifinal appearance in Grand Rapids on Saturday did include a pair of hard-fought wins, and a home crowd could be beneficial for the Lakers as they search for some O-K Blue confidence.

Grand Haven’s annual Bucs Pride nights return this week with the first sport on the list being volleyball. On the volleyball end of things, the Bucs will host Hamilton, Western Michigan Christian and Whitehall in the lead-up to Grand Haven’s enticing match at Novi on Saturday.

However, the event is well-known for its support of cancer survivors as well as the awareness it generates for cancer research.

Either way, Grand Haven will look to mix good volleyball with a good cause following the recent nomination of senior Ashley Slater as one of 10 finalists for Miss Volleyball in Michigan – we’ll have more on that later in the week.

Plenty to discuss and plenty to process following an interesting Week 2 of area football, be it Spring Lake’s dramatic win over Fruitport or Grand Haven’s offensive struggles in a loss at Traverse City West. Muskegon Catholic Central had a long bus ride home from a loss in Pontiac to Notre Dame Prep as well, so the responses of the losing teams will be of the most intrigue on Friday night.

5. Plenty of pool on Saturday

Saturday is full of volleyball, water polo and swimming, but it’s the pools that will likely dominate attention as the swim/dive season gets underway. Grand Haven girls swimming will host a number of schools in the West Michigan Relays while their water polo team travels to East Kentwood for an invitational after going 2-2 at home over the weekend.

Meanwhile, it’s a 9 a.m. start for Spring Lake swimming as they host the Spring Lake Invitational as one of seven teams competing. The Lakers will have a busy day on campus, as the boys varsity soccer team hosts Reeths-Puffer and the boys tennis team heads to Grand Haven for a tournament.

Do you support allowing medical and/or recreational marijuana businesses in the city or township where you live?